FLYING: Golf from a high

Apologies for the brevity of this blog. I had anticipated making an overseas trip or two since I last posted one on flying but those plans are…well, they’re still up in the air. Unlike any aeroplanes with me in them. So it has come down to this…

Probably more than any other sport, golf regularly lends itself to aerial photography. This is a nonsense in so much as that you’ll never play a golf course and get this sort of perspective but on the other hand it does show in an attractive manner the way the course fits in with its surroundings. Or doesn’t, if you take the contrary opinion. 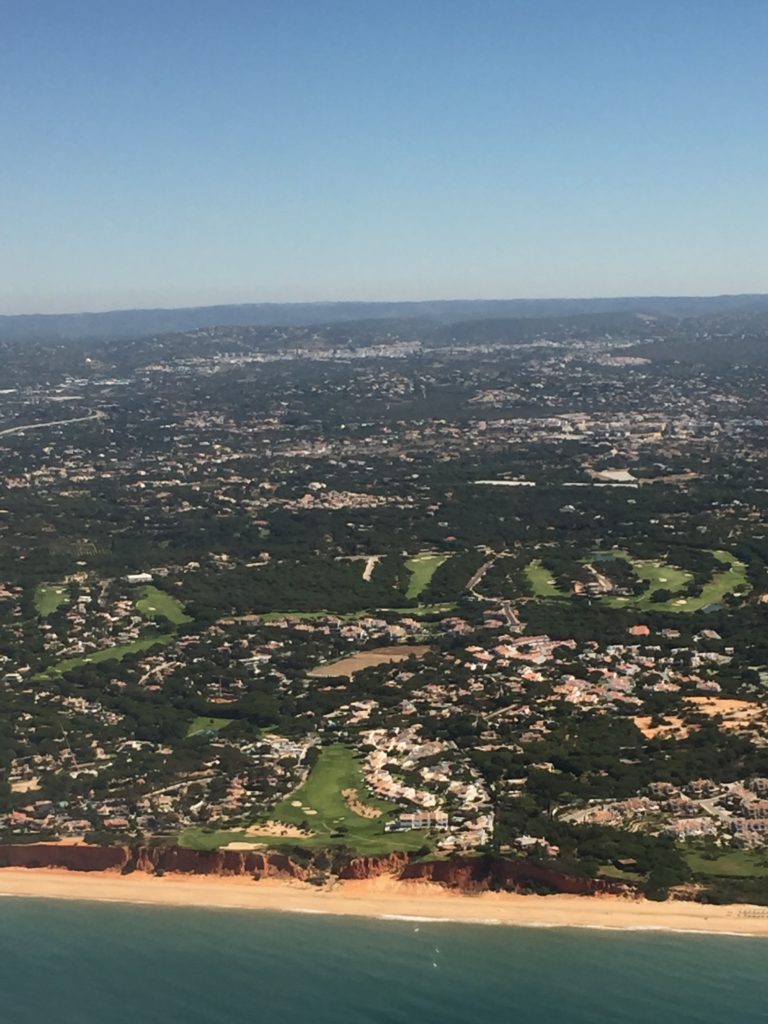 On the home page here is a helicopter shot of Cape Kidnappers in New Zealand, taken by Dave Cannon of Getty Images. Shown above is an aeroplane shot of Vale do Lobo on Portugal’s Algarve coast, about a minute before the plane touched down at Faro Airport. This was taken by me, which is part of the reason why it doesn’t look as good. But, I think you’ll agree, both photos show coastlines to fly for.