At the time of writing, I have taken 624 flights. I know this is quite a nerdish stat to have kept note of, but there it is. I didn’t take my first until 1979. That was from London Gatwick to Palma in Mallorca. By extraordinary coincidence, the most recent was a return trip in September from Palma to Gatwick. Plus ça change and all that. (The photo on the home page shows a rather gloomy-looking London City Airport on the morning of the outbound flight.)

The high (?) point in terms of flights was 33 in 1988, during a period in which I went to the States quite a lot and travelled within Europe even more. I should perhaps point out that the odd number that year was not down to me walking back from somewhere but that I visited Australia via Heathrow-Melbourne, Melbourne-Sydney and then Sydney-London. 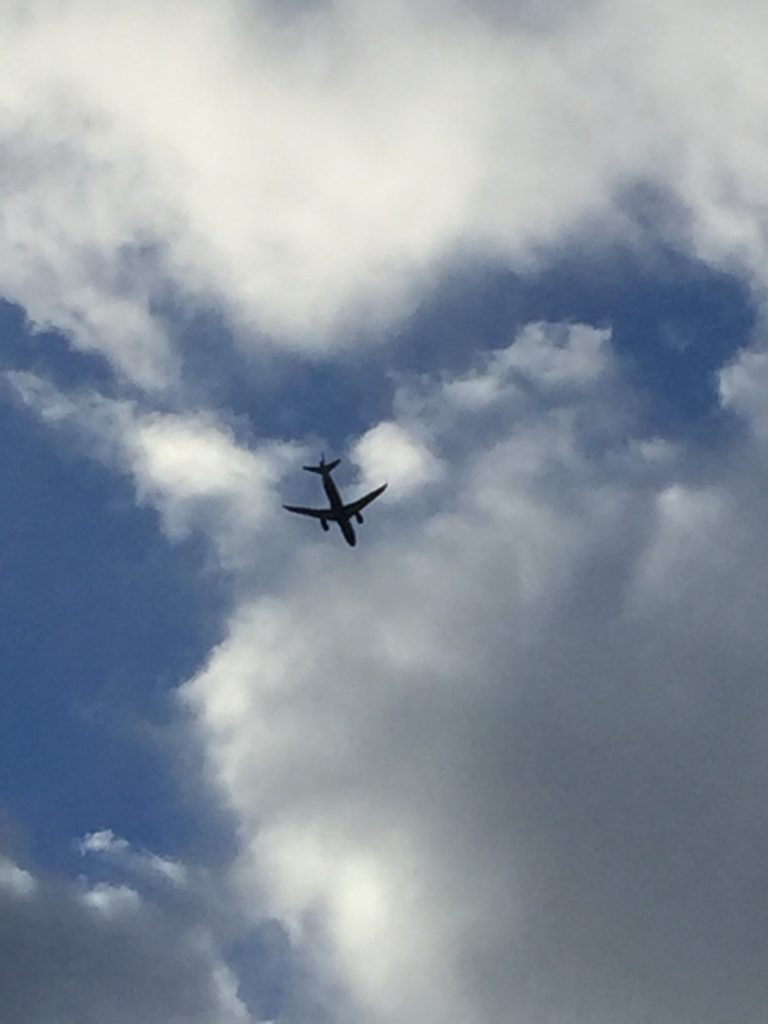 Heading to who knows where?…but wherever that is, carbon dioxide emissions are part of the package

While waiting at Palma airport, I picked up a copy of the Financial Times. One of the pieces inside was about air travel and the environment. “Aviation’s contribution to climate change is going to become relatively larger for two reason,” wrote Michael Shapinker. “First, air travel is growing at an astonishing rate…More than four billion passengers flew last year. The International Air Transport Association forecasts this will increase to 7.8 billion by 2036, which means that there will be more passengers getting on planes every year than there are people alive in the world today. The second problem is that aviation is not making anything like the emission-reducing technological strides that other sectors are.”

This is, of course, personally unfair in that it does not take account of the fact that I fly far less than I used to (eight flights in total so far this year) but the author is surely correct when he says “most of us do the flying we have to” – at least as regards business travel. We can have all the Skype, FaceTime and whatever we like, but while “you can follow up by phone or email…those initial contacts have to be in person”. From the pollution point of view, we still have some way to travel.

And finally…an alternative to flight is not usually a trip over a bridge, but in the Far East last month the Chinese unveiled the world’s longest sea bridge. It links mainland China to Hong Kong and Macau – it is fair to say there is a political element to this – but it is the scale of the £15 billion project which astonishes. The bridge measures 34 miles long!! The Humber is the UK’s longest at 1.38 miles; the Øresund, between Malmo and Copenhagen, made famous in the UK by the Scandic-Cop TV series The Bridge, weighs in at only 4.87. For sure people have taken flights for less distance than that! What’s more, the bridge doesn’t go in anything like a  straight line; it meanders quite a lot. What’s even more, for over four miles of its journey it dips under the waters and becomes a tunnel, this to avoid too much disruption to shipping lanes. Perhaps not a crossing for the faint-hearted?

72 thoughts on “FLYING: Frequent flyer emissions and other issues”