The Mortimer House Kitchen (at 37-41, Mortimer Street, London W1) is part of a swish private club, wellness centre and co-working premises in the heart of the West End, albeit you don’t have to be a member to enjoy its restaurant. (I’m never sure how the business plan works with a project like that.) The dining room is gently sumptuous – to be honest, the photo below doesn’t really do it justice – and pleasantly airy. But it’s the food that you’ll be contemplating going for, so let’s get into and on to that. 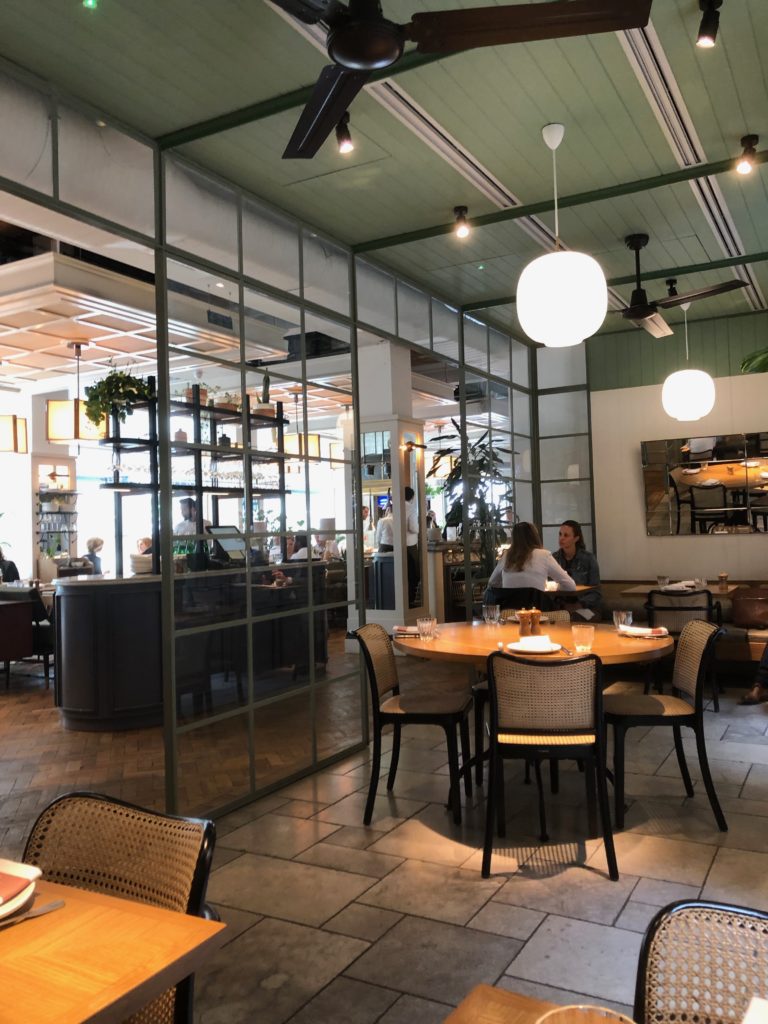 MHK is not alone among modern eateries in offering a menu that could properly be described as ‘fusion’. It’s kind of Mediterranean meets the Middle East; little Italy in Israel. The food is the creation of Lello Favuzzi, who was previously at L’Anima in the City of London. (I mean, his name sounds a mixture of Italian and Lebanese.) The menu is divided into small, medium and large plates, meaning that sharing dishes tapas-style is easily arranged. There are several delicious-sounding options. You will probably have gathered that what you can see below is what I ate, which was perfect. The photo on the home page, BTW, more so than the one below, displays the restaurant’s home-made, hand-cut chips, which come as a side dish sprinkled with Maldon salt. If you like fries, you’ll love these. 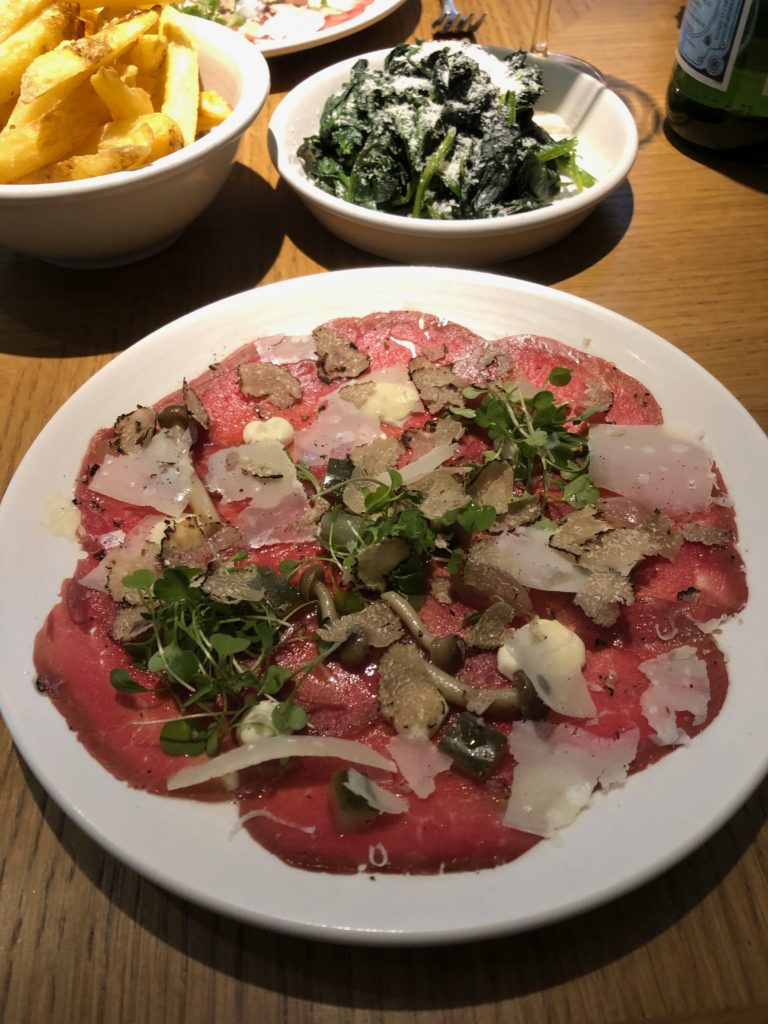 Red Hereford beef carpaccio with black truffle and pickle…lurking in the background, spinach and chips

There were several other offerings that caught my eye. Among these in particular were one of the small plates (a grilled lamb meatballs with pickled mushrooms and tahini), two of the medium-sized helpings (herb tortelli with smoked burrata, pistachio and balsamic, and grilled halloumi and courgette salad with lemon and mint dressing) and a couple of the more mega ones (grilled veal cutlet with Sicilian vegetable caponata and pine nuts, and grilled octopus with purple potatoes, padron peppers and harissa). But just as one can’t have everything, one cannot eat everything, so maybe another day for them.

In case you were wondering, no, almost everything does not arrive grilled – the above were simply other options I pondered before opting for a main course that isn’t cooked at all. There are desserts but I couldn’t contemplate one of those. The Sunday Times made reference to a millefeuille with cream and orange and black pepper syrup, which sounds gorgeous but far too rich for me to swallow. But then desserts aren’t really my thing. Although, did I mention that they make their own chips?