The recent and understandable trepidation of many North European holidaymakers about travelling to Turkey and even to France this past summer saw an upsurge of interest in other Mediterranean countries, such as Spain. We’d booked our mid-September holiday to Mallorca ages ago but as if welcoming its refound prominence as a hotspot for sunseekers, the weather was warmer than the seasonal average and it was good to return, for a third time in my case, to the largest of Spain’s Balearic islands.

This time we stayed in the southeast corner of the island, at Cala d’Or, an attractive spot if a bit too full of tourists (i.e. people like us). But there are many places nearby to visit which portray rather more of local life. For example, the Wednesday and Saturday markets at Santanyi, a beautiful old town where the stalls are clustered around the walls of its grandly built church. Sure, there are tourists here, too, but the predominant language you hear is Spanish. 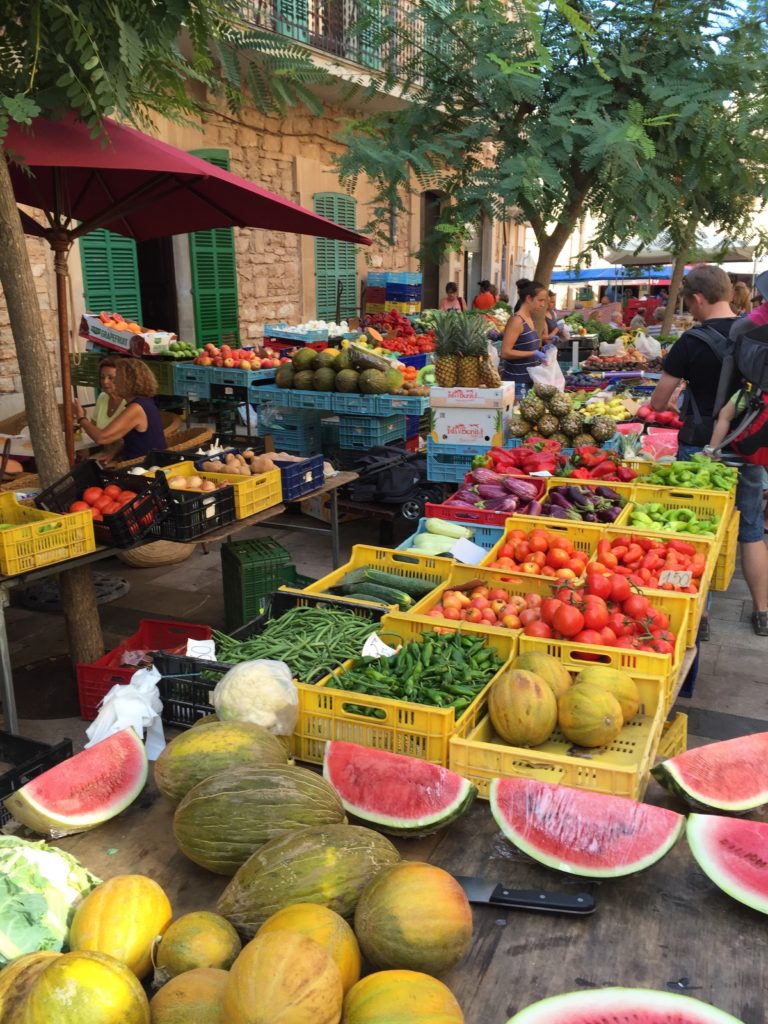 Of course, sea-life is a big part of the deal in these parts. There are several super sandy spaces to inhabit, and one of those we visited was the splendid beach at Cala S’Aramador (see the image on the home page), which comes complete with a kiosk selling ice-cold beer and staggeringly large water melons. And then there’s social-life. It is fair to say that the Balearics are renowned for their love of providing a good time, and around where we were, the bars and restaurants which envelope the Cala d’Or marina form a kind of epicentre for post-daylight entertainment.

The marina at Cala d’Or is about boats, of course, but it’s also a great place to wander, to eat and to drink

Earlier this year, you may have watched the much-lauded BBC adaptation of the John le Carré novel, The Night Manager, much of which was shot on Mallorca. The magnificent sprawling hilltop villa, La Fortaleza, which served as the extravagant and extraordinary base for multi-millionaire arms dealer, Richard Roper (played by Hugh Laurie), “the worst man in the word”, is in reality the £30 million home of (Lord) James Lupton, a Conservative party donor whose elevation to the peerage by David Cameron last year was splendidly greeted by the Daily Mirror as a reward for the now former Prime Minister’s “fat-cat banker crony”. The villa is located in the north of the island, across the water from Puerto Pollença, or Porto Pollensa, depending on whether you prefer it in Spanish or Mallorquin (you say Pollença; I’ll say Pollensa – that kind of thing). If you saw the six-parter on the telly, you’ll probably recall the set-up fight scene involving Tom Hiddleston at a waterfront restaurant. That’s called Ca’s Patro March, near Deia, on the west coast of the island. Throughout this past summer it’s had a three-week waiting list for a table close to the sea. The power of television! 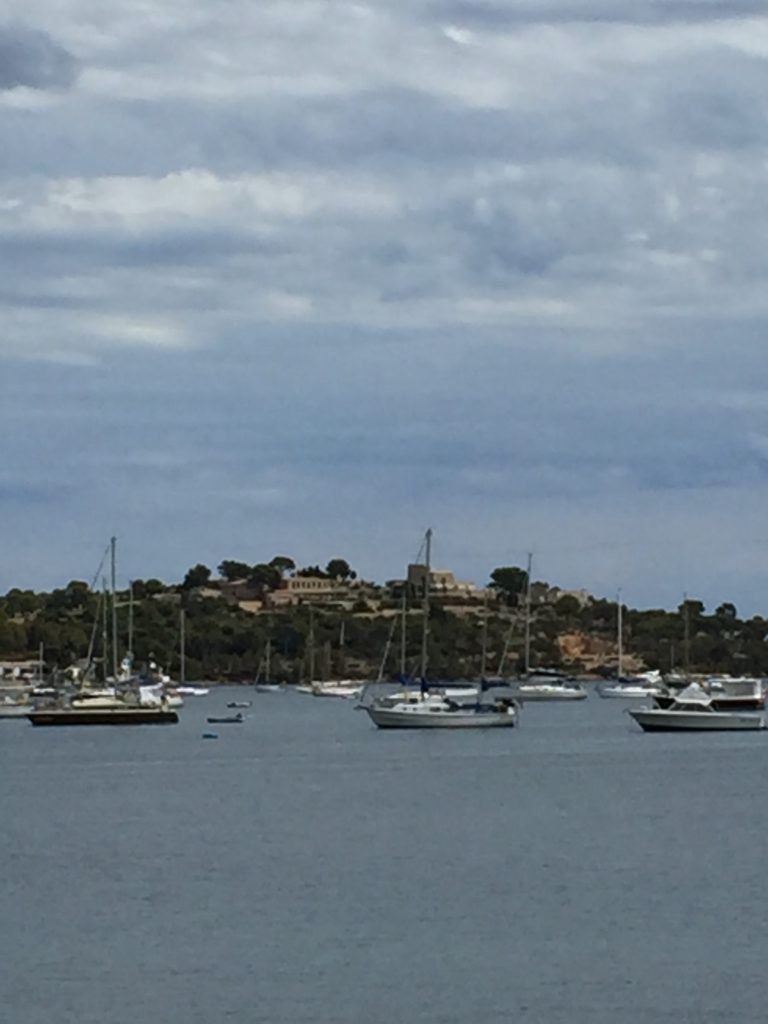 In reality, Richard Roper’s luxurious home on Mallorca is the property of one of David Cameron’s chums

Pollensa is an attractive seaside town, although for my money not as alluring as Puerto Sóller on the west coast. (I just love the tram that runs alongside its beach.) About a half-hour drive south from there is Palma, the thriving capital with its bustling shops and tapas bars and enormous 14th-century cathedral, Le Seu. But then the island is full of magnificent sights, whether they be the rolling farmland, the striking mountains, the hilltop villages or – of course – that gloriously azure sea. And, would you believe it, I have managed to write a piece about Mallorca without once mentioning the vomit-strewn nightlife of Magaluf? Hot damn! I just did…

360 thoughts on “FOREIGN: A major good time in Mallorca”