FANTASY: A very different way of looking at things

René Magritte is one of the answers to that occasionally posed question: “Who is the most famous Belgian?” Regular runners and riders in the answer stakes are Tintin and Hercule Poirot, even though they’re not real people. Kevin De Bruyne is real alright, although frequently far too elusive for whichever footballer is trying to mark him when they’re playing against Manchester City. Magritte is also real, even if his work is generally surreal. It is the stuff of fantasy, if not always in a good way.

At the small Luxembourg & Dayan Gallery in Savile Row, London, w1, showing until May 12, there is a fittingly small exhibition of Magritte’s work. As with a soccer team, there are only 11 featured players…er, paintings. Assembled under the collective name of René Magritte: (Or: The Rule of Metaphor), this exhibition comprises paintings produced by Magritte between 1927 and 1930. The works seem more oddball than football, and they show why Magritte is readily compared to Salvador Dali. 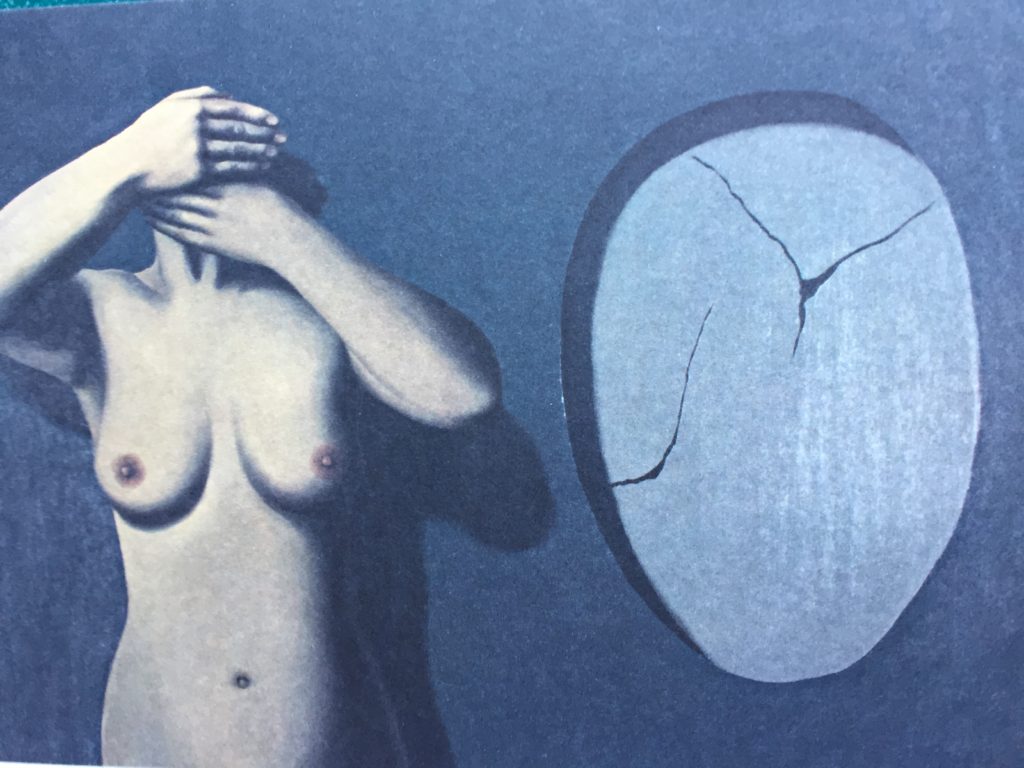 This is Le genre nocturne from 1928…OK, so I can tell you its title and its age, but as for anything else…

The image on the home page shows Les Amants, (the lovers), although I’m not sure that the disembodied look would do it for most women. Magritte was far from alone in being an artist whose work was not appreciated at the time, including the work he did in the 1920s. The overarching theme here is, in the artist’s words, “an object is not so wedded to its name that one cannot found another name which suits it better”. OK, I’m not sure exactly what that means either, but it does sound quite fascinating.

Although respect for his work was not widespread during his lifetime, the accolades did come later. Magritte died in 1967, so he would have been unaware of the somewhat cult status his output later attracted – for example, the Apple logo created by The Beatles for their own record company was inspired by Magritte’s Le Jeu de Mourre, which he produced in the year before he died. In general, the late 1960s and the ’70s saw an increase in the awareness of his work. The Jeff Beck Group and Jackson Browne based album covers on his paintings; Gary Numan’s LP, The Pleasure Principle, referred to a Magritte painting of that name; John Cale wrote a song called Magritte; Tom Stoppard wrote a play called After Magritte. I think his stuff is weird but wonderful in its way.