FANTASY: All the fun of the (art) fair at Frieze

A couple of months ago I visited the annual art fair, Frieze London, held near the centre of town in Regent’s Park. It was a fantasy of sorts, in that many of the exhibits were indeed fantastical, and I enjoyed the experience. However, writing in The Guardian, Jonathan Jones said: “Frieze London is the fair that defines the new. It offers the most complete picture of the art of our time. What a dismal prospect.” I guess at least no one could accuse him of being a sad luvvie!

This was the 15th staging of Frieze London, hosting more than 160 galleries from 31 countries. The chief feature this year was to do with sex (what isn’t these days?; well, either that or super foods); a collection of artworks from the 1970s and 1980s celebrating female sexuality, a collection of items which were considered too explicit to be shown in the era in which they were created. It was interesting enough but what was considered too racy and sexually subversive 40 years ago would these days perhaps not cause much of a stir at a beetle drive, so the overall point had been deadened by time. 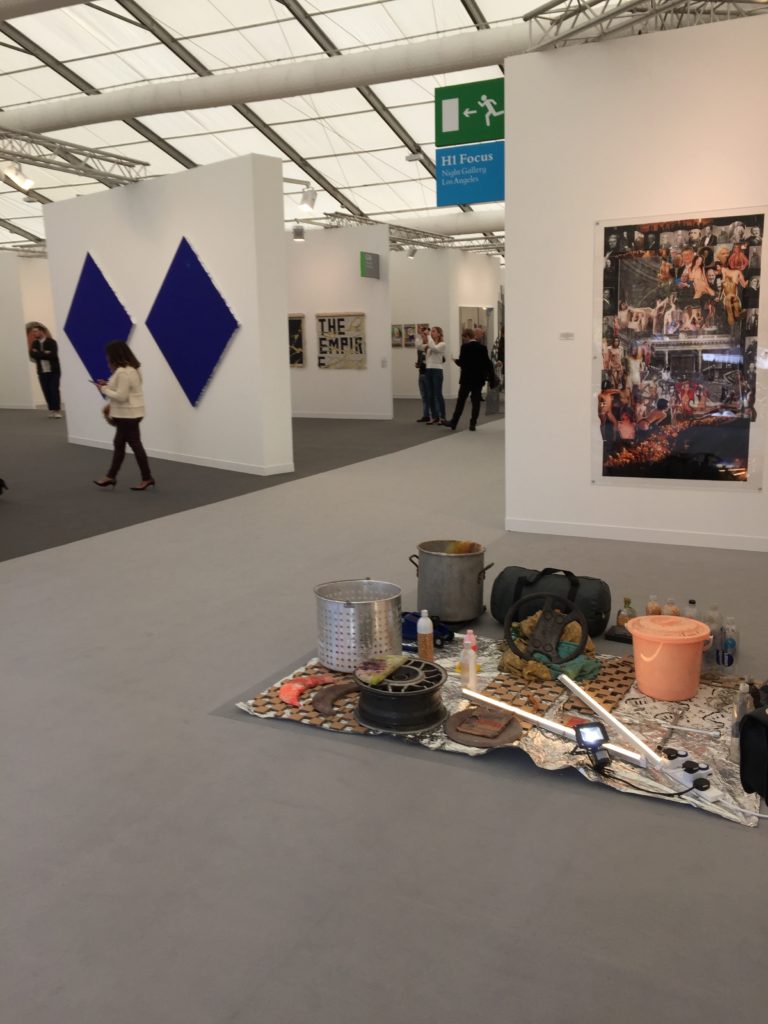 To be honest, I’m not sure if the artefacts on the floor were a completed exhibit or artistic work tools

The whole affair was hugely colourful. In parts it was as if the vibrant hues of every known Caribbean bird were on display, albeit not always matched as if by nature. And, inevitably, also on display were many well-regarded corporate logos. Deutsche Bank was the exhibition’s ‘global lead partner’ and the Financial Times and Dior were prominent, too. Modern art is an expensive, high-end business. As for the exhibits that might not take one’s fancy, I was reminded of the splendid personal put-down coined, I think, by Dolly Parton: “It costs a lot of money to look this cheap.” 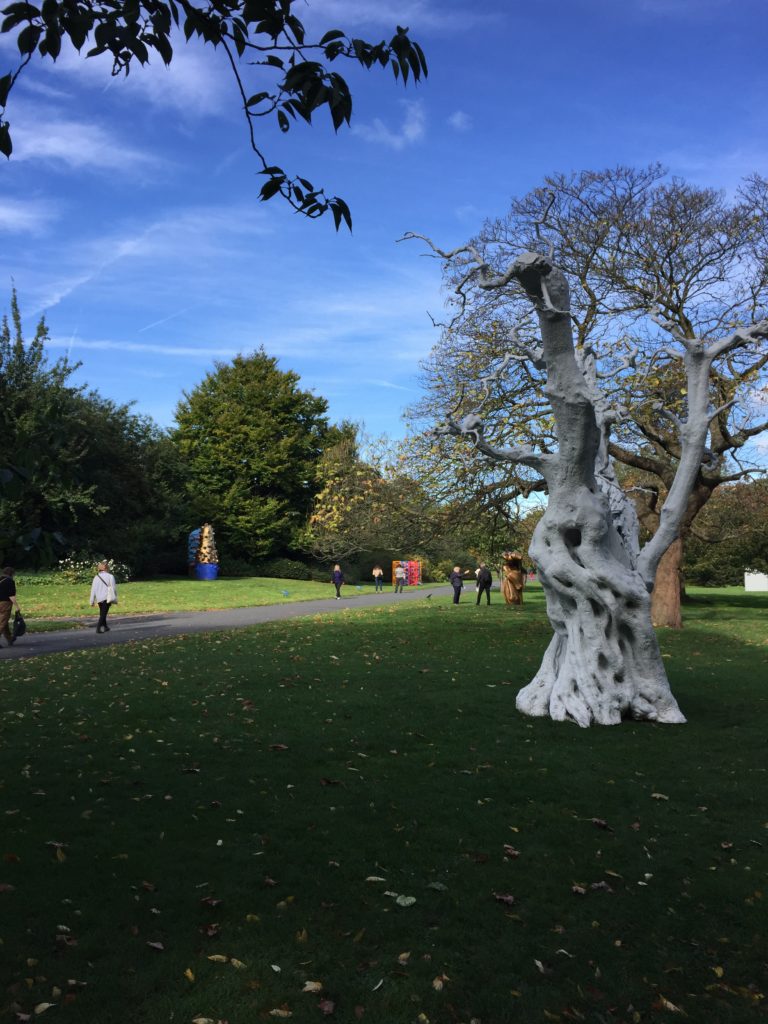 Outside, in Regent’s Park, was the extraordinary Frieze Sculpture exhibition, curated by Clare Lilley

The photo on the home page was, as you may have figured, taken at one of the pop-up bars that adorned the vast exhibition marquee. It was a lovely early-autumn day and I couldn’t resist a glass of rosé. Most unusually, the particular brand they were selling didn’t come in a standard bottle; it came in a magnum. I ordered a glass, which was very nice. As my friend and I were leaving, the cheery young woman behind the counter asked: “How did you find the rosé?” I couldn’t resist. “Just look,” I replied, pointing at the bottle. “I could hardly miss it.” She was kind enough to laugh.

60 thoughts on “FANTASY: All the fun of the (art) fair at Frieze”