As the photo on the home page makes very evident, there is a distinct theme that represents what Heddon Street (in London W1, just off Regent Street) is all about. Eating and drinking. If epicurism is your thing, then Heddon Street is…well, quite an epic place in which to indulge your fantasy. There are the newcomers, El Asador (upstairs) and Sabor (downstairs), which provide a spectacular array of tapas dishes from all across Spain. Tibits caters for vegetarians and vegans; Momo for anyone who fancies a spice of Moroccan cuisine. There’s Piccolino (you can’t go wrong with Italian food, and this place doesn’t) and Aubane (you can’t go wrong with a French brasserie, and this place doesn’t). There’s Magpie (you can go wrong with modern British food but I haven’t been there to know) and Sakagura (you can go very wrong with Japanese food if the chef gets it wrong with the preparation of the pufferfish, fugu, in which case you’ll soon be in an ambulance and possibly heading out of this world; although, I suspect fugu is never on the menu in W1). There is no place in this small street that is not about food and drink. 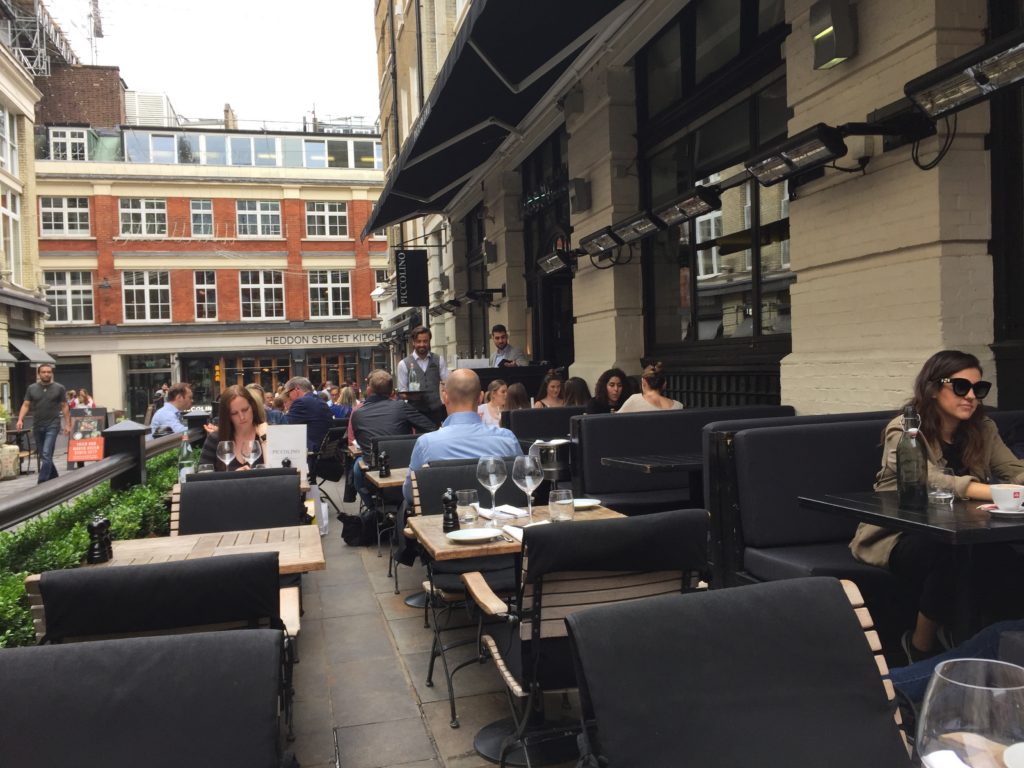 Heddon Street on any given late lunchtime: relaxing and enjoying food and drink, either outside or in

There is also the Icebar London, which is apparently the only permanent bar in the country that’s made entirely of ice. That includes the furniture and the glass that contains your drink. Put another way, it’s an unusual place where you have to wrap up warm to have a drink inside, whatever the season. And Heddon Street also offers the view shown in the photo above, which was taken at Piccolino and is a reminder of a bygone musical age. 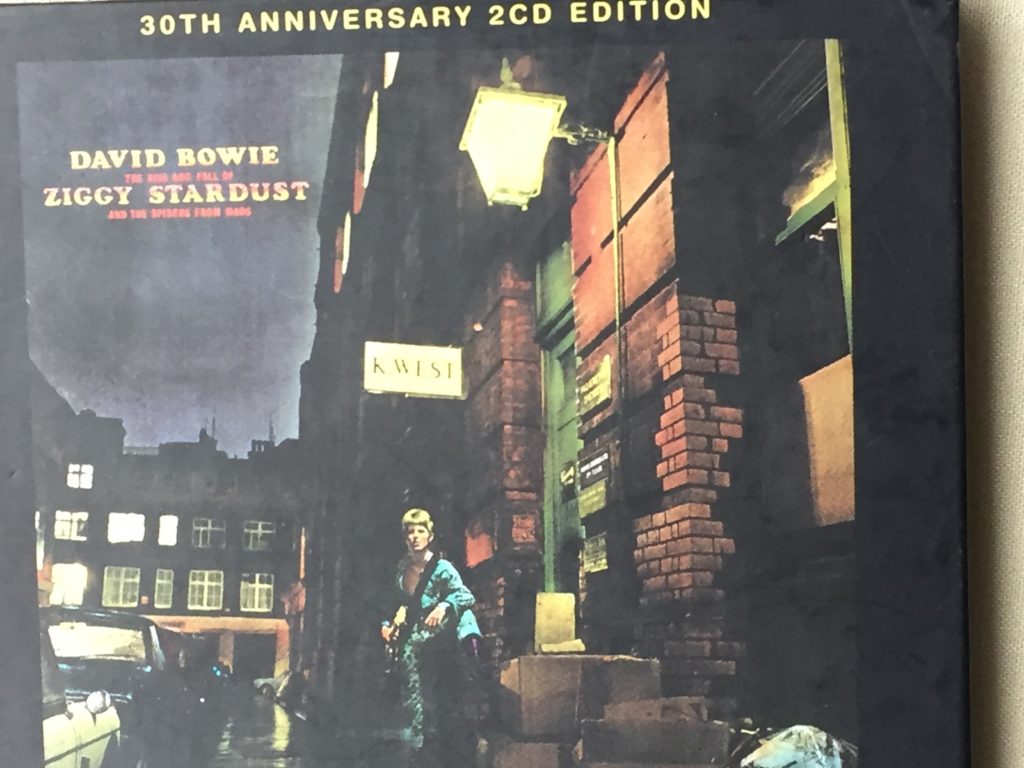 Not the original cover, of course, while on the back he’s shown, this being pre-mobile era, in a phone box

This is how that view of Heddon Street used to look, as depicted on the cover of David Bowie’s 1972 album, The Rise and Fall of  Ziggy Stardust and the Spiders from Mars. Not so many restaurants in those days but name-checking K West so far ahead of Kanye’s emergence as a music star of some note does make Bowie seem remarkably prescient! Fantastic album, too.