FANTASY: The Houses on the Heath

Strictly speaking the title to this blog is misleading. In one instance the property is close to the heath rather than on it but nevertheless, in a fantasy world, what must it be like to live in either one of these fancy piles? In the case of the one that’s nearby rather than surrounded by Hampstead Heath, a few miles north of central London, someone does actually live in it. Perhaps. He owns it at least. He’s a mysterious Russian. Well, it is the largest private house in London, so obviously he wouldn’t be British.

The property is called Witanhurst. It was principally built during the First World War on an 11-acre site just to the east of Hampstead Heath on Highgate West Hill. There’s a terrific pub at the top of the road called the Flask which probably runs to stocking a decent vodka. Running close by Witanhurst are some beautiful old brick houses whose past and present owners have included – I am indebted to Ed Caesar’s mammoth essay in The New Yorker magazine for this collection of eclectic artistes – Samuel Taylor Coleridge, Kate Moss, Yehudi Menuhin, Sting and George Michael. (It was the branch of Snappy Snaps in Hampstead Village into which George drove his car at 3.30 one morning six years ago.)

Of course, the fact that the mansion is so massive – second only to Buckingham Palace in London – doesn’t mean that it’s big enough. You can hardly see anything of the place (hence I’ve gone with a simple image of the heath on the home page) because it’s a walled-off construction site. A very large one, as you might imagine. Amid all the subterranean digging for swimming pools and the like they’re probably installing a missile silo – a sort of inland Tracy Island – in the event that Russia is serious about taking on NATO. And I bet they never go to the Flask. 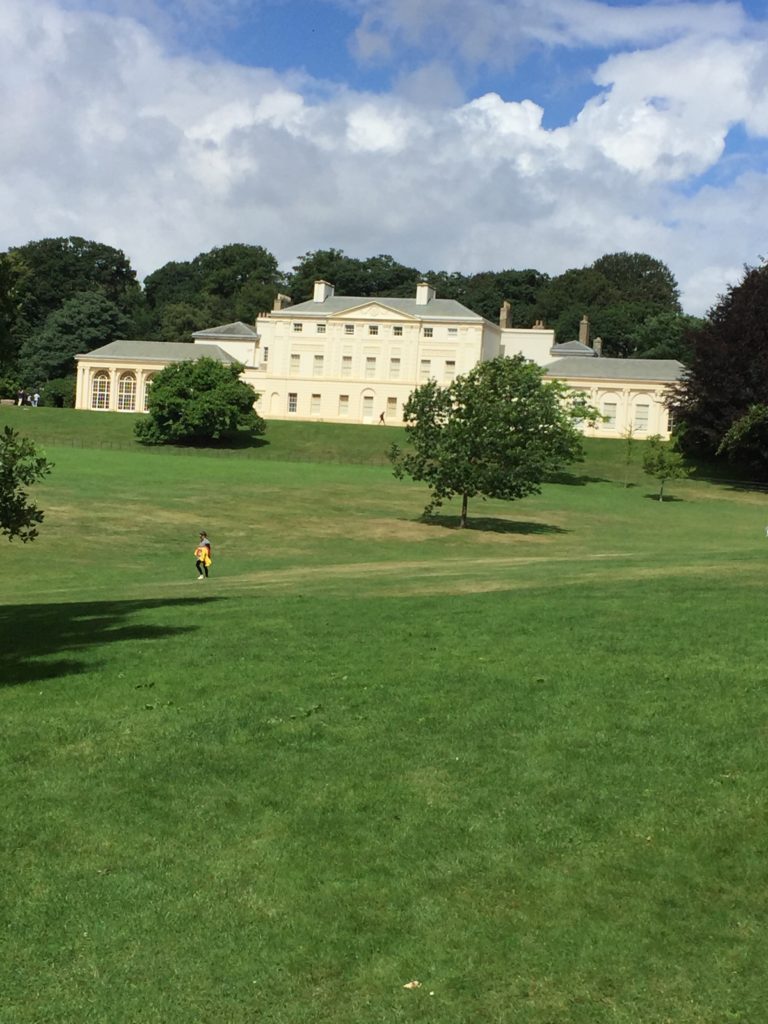 Unlike the late and brilliant Peter Cook, who did venture there on occasion. And also to Kenwood House, the second of ‘our homes’ here, this time in the northern part of the heath. In 1993, when I was editor of Golf World, Cook posed outside Kenwood for the magazine by way of introduction t0 a wonderful folly of an article as to why Hampstead should host the 2001 Ryder Cup, the biennial golf match between Europe and the United States. In addition to introducing random drug-testing (“if the committee find anything good, they get to keep it”) the course would feature such iconic challenges as the North Circular Road Hole (“most professionals will play a 1-iron off the tee to avoid Hendon”), its name inspired by the famous 17th on the Old Course at St Andrews.

Kenwood is a former stately home, originally constructed in the early 17th century, now managed by English Heritage. It was left to the nation by Lord Iveagh on his death in 1927. Concerts are held in its grounds in the summer and throughout the year one can enjoy the artworks inside, which include a Vermeer, The Guitar Player, and a Rembrandt self-portrait. So far as is known, Roman Abramovich nor any of his compatriots have put in a bid for it.

112 thoughts on “FANTASY: The Houses on the Heath”