FANTASY: The Koons collection and a pop-art record

Last month my wife and I went to see a small retrospective (only 17 items in total) exhibition of the work of the American artist, Jeff Koons, at the Ashmolean Museum in Oxford. It was, also in a small way, a surreal experience – a mixture of fact and fantasy.

On the home page is Koons’ depiction of Théodore Géricault’s The Raft of the Medusa, the grand original of which is at the Louvre in Paris. In Koons’ version, a vivid blue gazing ball has been attached. Gazing balls are a fairly common feature in the gardens of America, but we don’t have them as such in the UK and I have to say that Géricault’s masterpiece is in no way improved by the addition. Fortunately, some of the other stuff was much more intriguing. 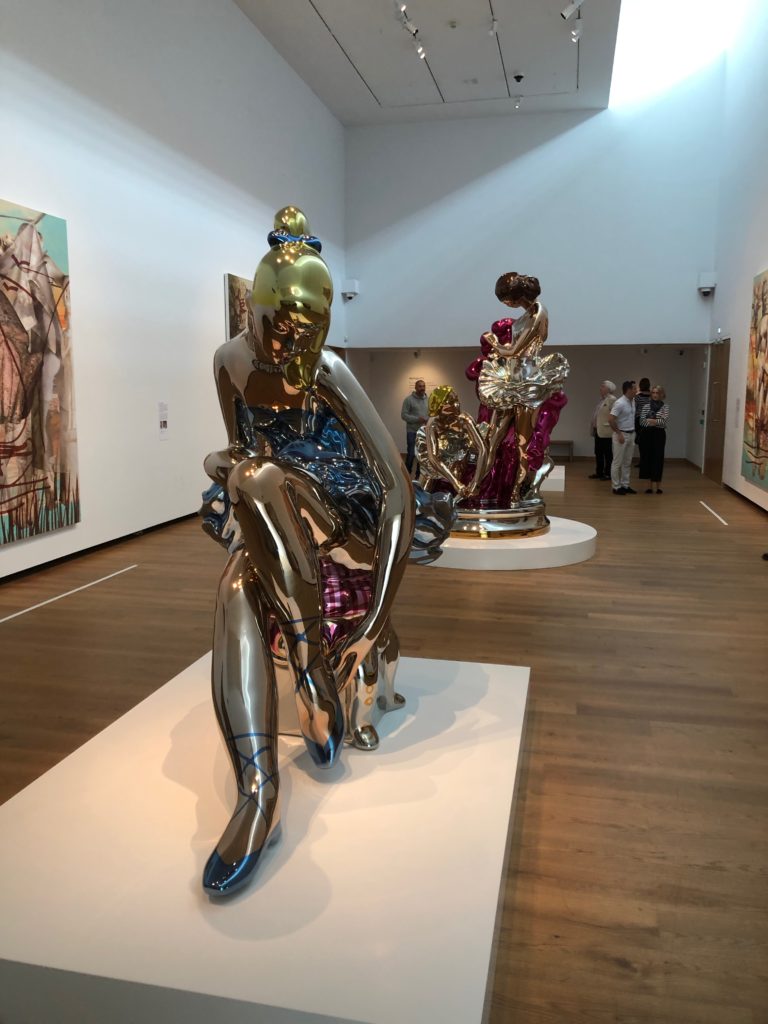 These ballerinas are striking examples of the Koons oeuvre, presenting colourful kitsch on an epic scale

The first objet d’art one encountered was a basketball suspended in a tank of water, which Koons did in 1985. The idea, apparently, is that our subconscious will make us gulp for air while being fearful there’s none to be had. Whatever, I’m still breathing, although to be fair to the artist the concept is quite breathtaking. Logically, the ball should either float or sink to the bottom. Koons enlisted the assistance of a Nobel Prize-winning quantum physicist to come up with a method for ‘total equilibrium’, filling the ball with distilled water and supporting it with a saline solution. The effect could have been achieved by adding oil to the water, thus affecting its density, but that would have looked messy and the aesthetic effect is everything.

Behind the ball and tank is Rabbit, which Koons created in 1986. It looks like it’s made out of plastic but it is in fact steel. Like something out of ‘Pseuds Corner’ in Private Eye, Koons explains this concept thus – “The surface of my stainless steel pieces is pure sex and gives an object both a masculine and a feminine side: the weight of the steel engages with the femininity of the reflective surfaces.” It could be argued that the main feminine element of the work is that its blank face might be suggestive of the Playboy logo but it would not be appropriate to sneer too much at Koons’ description of his creation because…

…because contemporary art is a competitive business. Last November, a painting by David Hockney (which I wrote about in a ‘Fun’ blog posted in January) was sold at Christie’s in New York for $90.3 million. Clearly someone wasn’t too happy about Hockney claiming the title of being the world’s most expensive living artist. In May, Koons’ Rabbit went for $91.7 million. I’m guessing this was not the one on show in Oxford. (Koons produces three of everything he creates, plus an artist’s proof.) 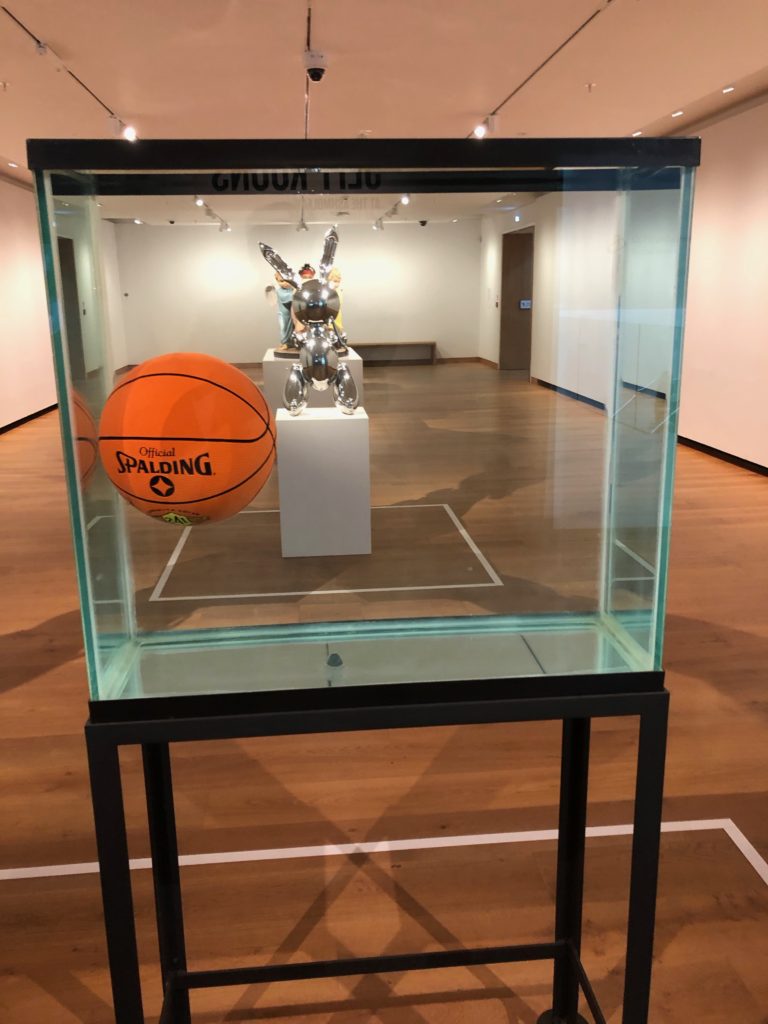 In the foreground an equilibrium tank with a basketball suspended in water; behind is the record rabbit

Anyhow, the exhibition is now over…which is as good a way as any with which to end this blog.

529 thoughts on “FANTASY: The Koons collection and a pop-art record”