FANTASY: Wishing that Brexit would take an exit

Last Friday was the first anniversary of the Referendum in which the UK voted by 51.9% to 48.1% to leave the European Union. At some point between now and March 2019, by when the UK actually would leave under the terms of the Lisbon Treaty’s Article 50 which the Prime Minister – the former Mrs Strong & Stable – triggered shortly before Easter, I think it will have become clear to everyone in the country bar Nigel Farage (don’t those three words work well together?), Paul Nutcase and assorted fruitcakes that we are about to commit an act of greater political self-harm than the PM did by also triggering a General Election in which she shot herself. (She is on political life-support with no hope of remission.)

Theresa May was a Remainer, although she’s been prosecuting the case for a so-called ‘Hard Brexit’ with all the fervour of a proselyte. Jeremy Corbyn also said he was for staying in the EU, although you’d hardly have noticed. However, the situation is such that last week May could point out that 84% of people had voted for the two major parties which believed that the Referendum result was incontestable. The way things look likely to pan out, the leaderships of the Conservative and Labour parties will be behaving like two people who made a suicide pact because they were bankrupt and even though they have since won the lottery jackpot they are determined to go through with it because they said they would. It’s not only like turkeys voting for Christmas dinner, it’s like Christians voting for the Turkish president.

I understand the opinion of those who wanted to leave for reasons of parliamentary sovereignty; that Brussels should never be able to override decisions made in Westminster. However, no one can know for sure why people voted the way they did, although it seems likely that the majority did so in order that we could “get back control of our borders”. As Keir Starmer, Labour’s spokesman on the subject, said, it is a reasonable assumption that nobody voted that way “in order to crash the economy”. But over the next 20 months, it seems that’s increasingly going to look likely to happen. 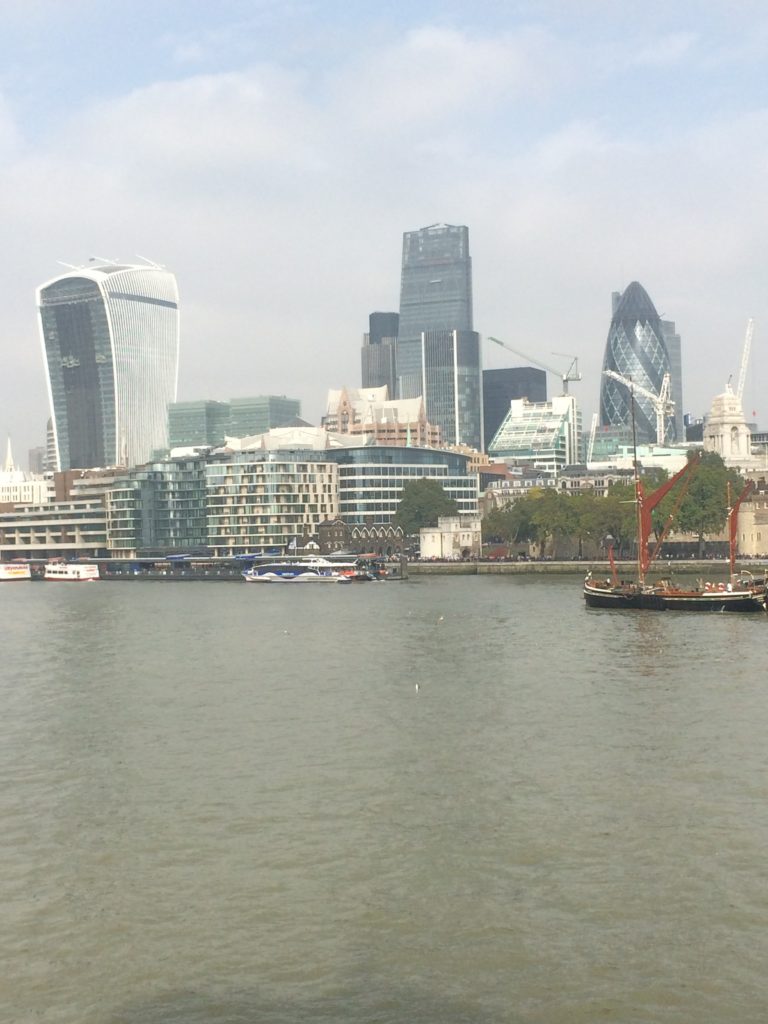 If the economy crashes as a result of Brexit, it won’t only be the City of London that’s adversely affected

Of course, the Referendum campaign was a shocker, with David Cameron and George Osborne continually espousing ‘Project Fear’ and not discussing any of the positive things that being in the EU has done for Britain. On the other side, the Leavers’ claim that quitting the EU would permit an extra £350 million per week to be spent on the NHS…well, it’s all gone rather quiet on that front. (And a gleeful Brexiteer mantra about there soon being “a bonfire of regulations” doesn’t sound quite such a nifty catchphrase since the appalling conflagration at Grenfell Tower.)

Time well tell, but as the prospective threats to our economic well-being become more apparent, the numbers wanting a ‘Hard Brexit’ will almost surely diminish. So a ‘Soft Brexit’ then? Well, yes, but why? We’d then be reliant on the doings of an organisation in which we had just decided to have no say in its operation. We would have lost sovereignty, not gained any. Instead of having our cake and eating it – actually, I never could see the point in having one without the other – we’d just be left looking at it. (I realise that’s one of Boris Johnson’s favourite lines, a bit like “let’s make June 23 our Independence Day”, although I’m sure he meant to say “Incontinence Day”.) In that case, the sensible thing to do would be to stay in the EU. Asked about this possibility the other day, Donald Tusk, president of the European Council, went all John Lennon and said: “You may say I’m dreamer, but I’m not the only one.” Imagine – that might be the direction of travel: we get to somewhere in the near-future when we realise that leaving the EU could be catastrophic for the country so we don’t take that step. But why would we replace what we have with something that’s worse? Why be an associate member instead of a full one? So we should simply write the whole thing off and put it down to inexperience…

The Referendum outcome was more significant than that of any General Election. Get a government they don’t like and the people can change it next time; we have been told more than once that’s not an option in this case. But why should that be so? As the Brexit secretary, David Davis, once remarked: “If a democracy cannot change its mind, it ceases to be a democracy.” A mind-change is what will be needed here. If the leaders of the two major parties won’t in due course try to right this mistake via some executive action (I’m in part putting it that way because who knows which party might be in office when we arrive at such a point?), then cumulatively the ‘ordinary’ Members of Parliament, where the supporters of Remain significantly outnumber those for Leave, should do the job for them. We might by then be happy to have a House of Common Sense. Or is that too much of a fantasy?…