The formerly pleasantly mundane remains out of reach

What could be more normal over a bank holiday weekend in glorious weather, such as we have just enjoyed in London, than to enjoy an al fresco lunch. Well, not for the moment; not since March 20, in fact. That was the day the prime minister announced that restaurants and pubs had to close because of the coronavirus crisis. And they have stayed closed ever since. No more eating and drinking out for us for the time being. (I am, however, assuming there is an exception if your name is Dominic Cummings. Then, I presume, restaurants and pubs would have to open on your command.)

I think it is not contentious to say that government policy as regards taking the nation out of the lockdown is a moveable feast (not that we can go out for any feasts at present). As regards drinking and dining, the earliest hope seems to be for the early part of July. Before then establishments will have to figure how to reconfigure their premises to enable people to be safely kept two metres (if that remains the measurement) apart and certainly that will be easier done for places that can offer food and drink outside. In Soho in central London, for example, which is at the heart of the capital’s socialising culture, very few places have beer gardens and much space. The word is that every day after the white vans have made their deliveries the area will largely be closed to traffic so that restaurants and pubs can spread out into the streets in order to serve their customers. This sounds an excellent plan, albeit one whose excellence does rather depend on the weather remaining as sunny as it has been in April and May. It would be awfully bad luck if the warmest and driest spring in history was followed by a stinker of a summer. 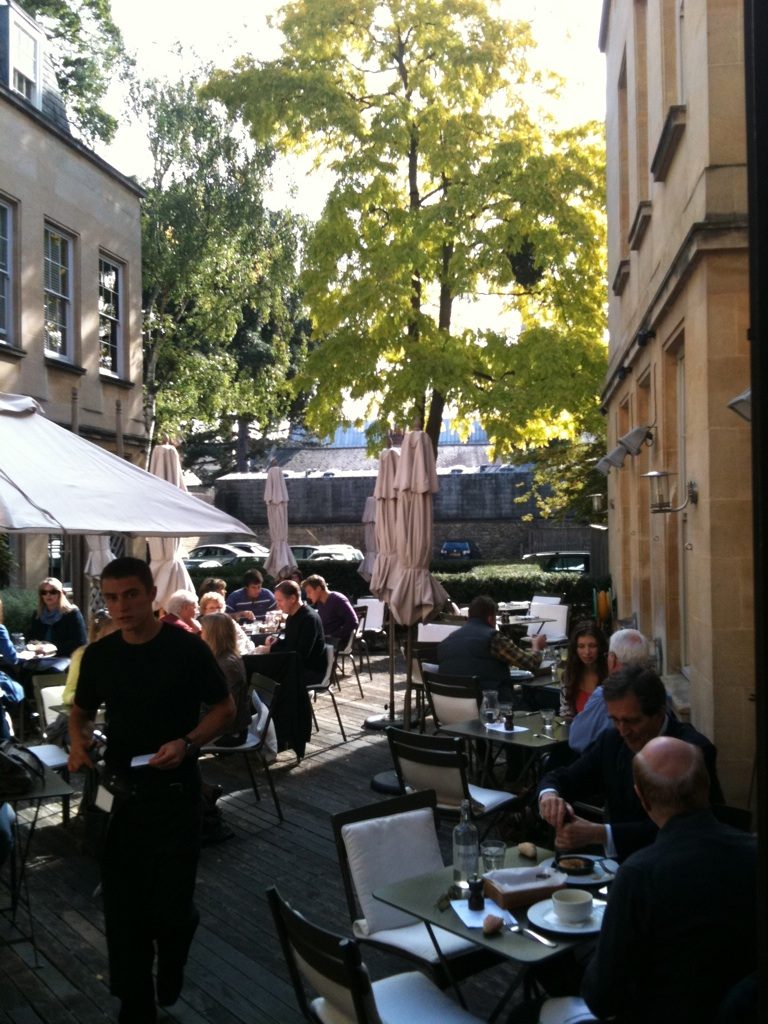 Whatever schedule the hospitality sector reopens to, it will not be to scenes such as the one depicted on the home page. That looks like an image from a bygone era, which it is – from last winter. That was when words like ‘furlough’ were unused; phrases like ‘social-distancing’ non-existent. We should be able to learn some examples of how to play the reopening by observing what they are doing on the continent, where the countries went into lockdown earlier and therefore are able to emerge from it sooner.

Of course, this fantasy of getting accustomed to a ‘new normal’ rather than going back to where we were depends on there not being a significant second wave of infections, something we should start to know about in a week or so, three weeks after the government started to ease the restrictions it had been so slow to impose. I expect that in that regard, seemingly unlike the situation when it comes to obeying government guidance, we all indeed will be in it together; all hoping for the same outcome. And then soon afterwards we will be able to drink to that without having to do so only at home.