One of the hallmarks of, say, any television series set in the 1970s/’80s – think Life on Mars/Ashes to Ashes – is the amount of smoking that goes on. It’s not just dodgy cops, like DCI Gene Hunt (played by Philip Glenister), who do it. Everybody’s at it. Nothing says ‘this programme is set in the past’ more than to have its protagonists smoking. Pretty much all of them, all the time, just to make sure you don’t miss the point.

Of course, James Bond can no longer do this. It’s still OK for 007 to kill people; just not slowly try to kill himself anymore. But now that smoking is no longer considered socially acceptable, elements of it have become more fashionable. The fashion industry has long had an uneasy relationship with cigarettes, because smoking is (among other aspects of the habit) an appetiser-depressant, and model agencies are rather keen on their clients not having big appetites. (So it is OK for them to slowly try to kill themselves.)

Now comes news that the French – yep, it would be the French – have decided that some cigarette brands in particular are too fashionable, as in too desirable. These are such as Gitanes, Gauloises, Camel (see photo on the home page), Marlboro Gold and Lucky Strike. A new European Union directive (obviously that won’t be affecting us for long!) stipulates that tobacco products “must not include any element that contributes to the promotion of tobacco or give an erroneous impression of certain characteristics”. The French newspaper, Le Figaro, said such characteristics would include anything which suggested “masculinity, femininity (as depicted here), physical slimness, youth or sociability”. 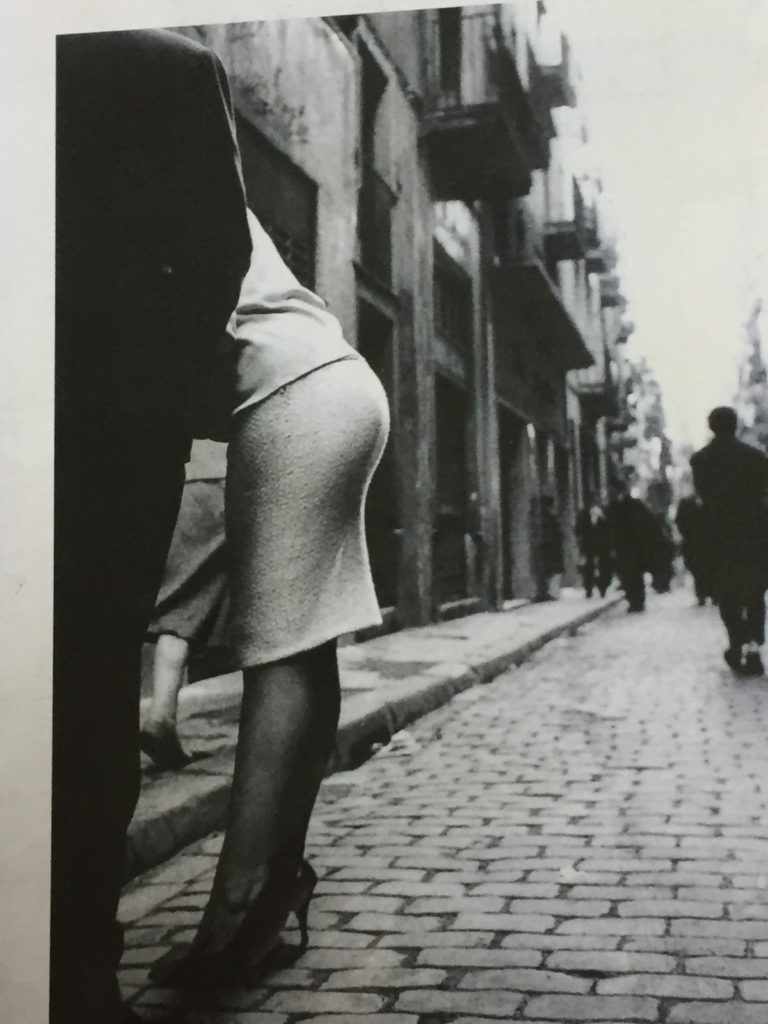 A photo from Barcelona in the 1960s, when smoking (as well as femininity!) was very much in vogue

In other words, they cannot seem cool. With effect from November, as things stand, shops in France will only be able to sell cigarettes in packets of the same size and colour as each other, with the brand names written in a small uniform font. (The people in the marketing departments of the fag companies must have been delighted at this news of how they were all going to be made redundant.) The proposed prohibition on any use of brand names would be in addition to this new regulation, so the words MARLBORO GOLD written in some anodyne typeface might be officially be deemed offensive whereas SILK CUT written in the same style would not.

Fair enough – it obviously makes total sense to logo tobacco companies out of existence. But suppose the plan backfires and the manufacturers of the ‘sexy’ cigarettes ultimately come out ahead? After all, going back to the days of Adam and Eve, there has always been a market for forbidden fruit. A pack of 20 Edens, anyone?

461 thoughts on “FASHION: Cool and killing – an unacceptable societal combination”