The well-publicised tale of Charli Howard is only a recent version of a long-standing female phenomenon: why do fashion models have to be so ludicrously thin?

It seems to be a world where slim = gross. Howard is 5’8″ and between sizes 6-8. On any normal basis, she is underweight. She quit her model agency after they apparently suggested she was “too big” and “out of shape” to maintain a career in the fashion business. She asked how was she supposed to go about “losing one fucking inch off my hips”? It wouldn’t have helped her relationship with the agency that she fat-shamed some of their employees about how they gorged themselves on cakes and biscuits, but she has a point. Why do women like to look at stuff like this? Do they really want to look like that? (It is mostly, but not only, women who have to manage their weight to absurd levels; Lester Piggott, tall for a jockey, often subsisted on champagne and cigars in order to be able to keep his weight comfortably, or rather uncomfortably, under nine stone.) 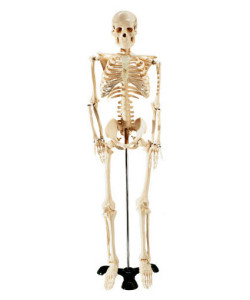 In the Sunday Times http://www.thesundaytimes.co.uk, India Knight noted that women who feature in adverts aimed at a male audience don’t look like this – if they did “nobody would sell anything ever again”. She pointed out that historically men have been sold things through the promotion of women “via the medium of tits and ass”. Reading all this, for which I am hardly the target market, I was reminded of a passage in the 2015 novel The Underwriting, by Michelle Miller. http://textpublishing.com.au She thus describes a sexual encounter between her chief male protagonist, Todd Kent, and a woman (unnamed). “Her BLANK was annoyingly bony. [No, it really does appear as a blank.] The skinny girls looked better in clothes, but it was less fun when they were naked.”

Who says you can never be too thin?