FASHION: If the cap fits – wear it

I don’t know if you would call a baseball cap ‘fashionable’ but for sure they have basically not gone out of fashion since 1860, the year that the Brooklyn Excelsiors, an amateur baseball team from the New York suburb of that name, introduced what would become the precursor of the modern-day item. The most distinctive aspect of its appearance is, of course, the peak or bill, which points forward to shield the eyes from the sun. They come as a one-size-fits-all accessory, with an elastic or velcro fastener that can easily be adjusted to take account of the size of the wearer’s head. There’s never any need to worry ‘does my bonce look too big in this?’

The cap is a traditional image of  baseball, with the team’s logo usually placed front and centre on it. The cap will also be adorned with the colours of the team it represents. As you will know, not only have baseball caps become something of a fashion accessory, they are frequently used as marketing tools for a company’s products or to promote, say, a holiday destination. 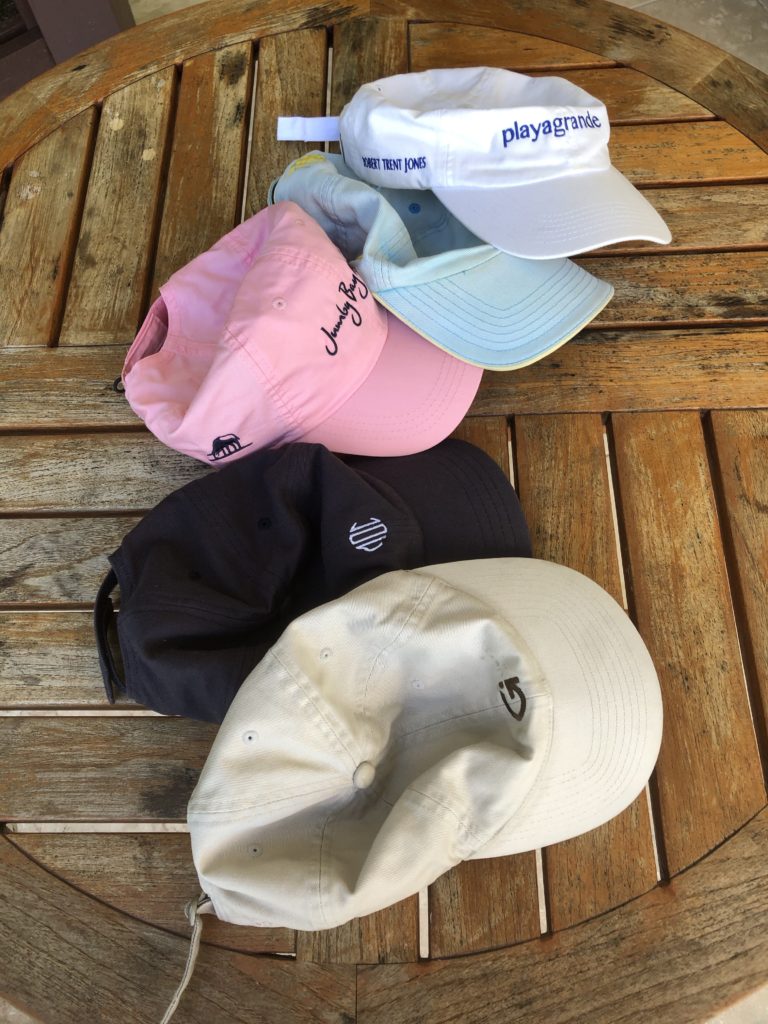 The basic shape of the cap, including its curved peak, is similar in style to some 19th-century sun bonnets, although I wouldn’t necessarily tell that to a guy who’s about to pitch a hard ball at something approaching 100 mph in my direction. But it’s not only for baseball that these caps are a regular sight in major-league sports. Many tennis players wear them (never Roger Federer, though; I guess not a cool-enough look for him) and no wonder given the hours they may have to spend playing rally after rally under an unrelenting sun and with no prospect of getting any shade. Some tennis players seem fond of wearing them back-to-front, which to some extent protects the neck, I suppose. On the other hand, a guy posted on Twitter just the other day ‘Up to what age is it acceptable for a person to wear a baseball cap backwards?’ A friend of mine responded: ‘Three’.

Whereas some tennis players wear caps, I’d say the majority of professional golfers do. Again, this is to provide protection from the sun, albeit it does have the general effect of meaning that Caucasian pro golfers will routinely have faces and forearms that are nicely tanned but foreheads that are practically white. We should also not omit to mention the additional endorsement fees that wearing a cap can bring in for the player by having the name of a sponsor emblazoned on it. A few great golfers didn’t go in for them – Nick Faldo and the late Seve Ballesteros are two who readily come to mind – but the vast majority do. However, it was noticeable that Rory McIlroy didn’t choose wear one at the last Ryder Cup but the money that Nike pays him means he wears one when he’s playing for himself. Needless to say, I have to pay for mine.