Last month I posted a film blog about La La Land, the old-style musical which collected five Baftas in the awards ceremony at the Albert Hall on Sunday evening, including being voted best film and acknowledging Emma Stone as best actress in a leading role, in part no doubt for her performance in the movie’s signature scene, a night-time dance with Ryan Gosling in a setting high above a fairytale-like Los Angeles, during which she is wearing a vivid yellow dress.

But it’s not only in cinemas that yellow has been making a splash. Sales of yellow dresses apparently soared after women saw the film. According to the fashion website Edited, there was a 44% hike in such purchases in the week following the UK release of the movie on January 13. Furthermore, yellow was the most popular colour worn by A-list celebs at last month’s Golden Globes awards. And why not? What colour could more epitomise sun and summer? And/or optimism and happiness?

There’s a verse in a David Gilmour song, The Girl in the Yellow Dress, which is quite evocative and in context here:

Granted the image below is not of a dress – rather it’s a trouser suit – and nor is the one on the home page, where the sartorial ensemble comes set off with quite a bit of black. (Incidentally, both photos were taken by my niece, Lauren Green…I know, but one can’t change a surname by deed poll just to fit in with the theme of a blog.) However, with regard to Gilmour’s lyric, I think it is marvellously suggestive of femininity, and while I am not suggesting any overarching stereotype in this instance, yellow is a colour that is probably more associated with women than with men. Well, unless maybe that man is George Osborne in one of his frequent sightings in a hi-vis jacket while he was highly visiting some potentially dangerous work site in the days before Brexit, i.e. when he had a job. 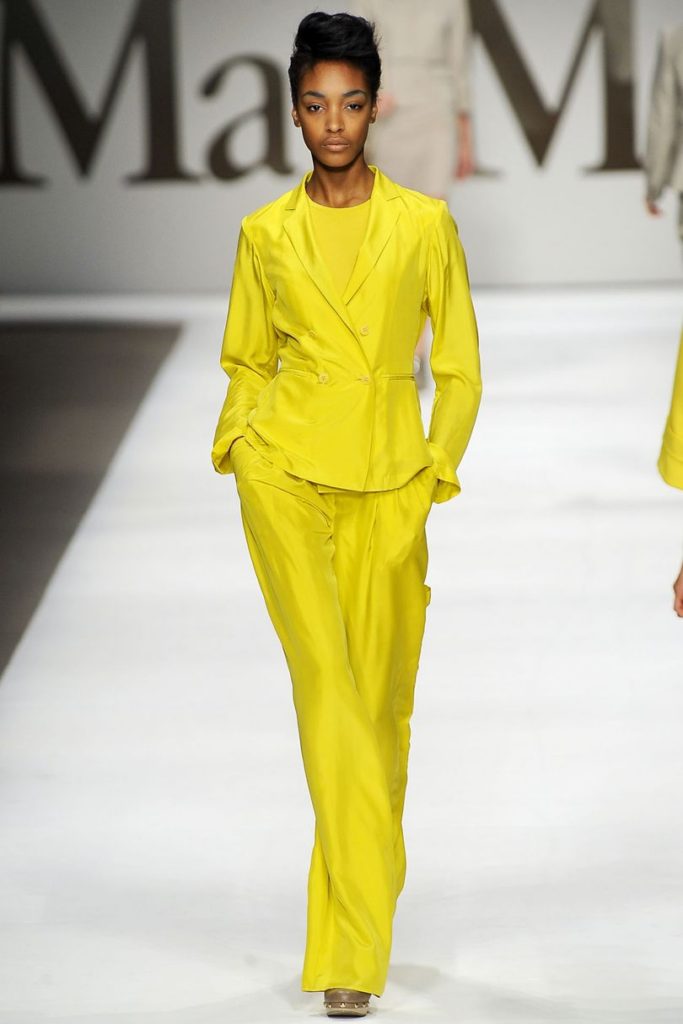 Yellow will very much be to the fore in a new Channel 4 series, Locked Up, a Spanish-import television programme about life in a women’s prison which begins in April. Yellow is the colour of the uniforms of the inmates, who from the publicity photos actually look more like models. Well, of course, they do – they’re actresses. Talking of which, there’ll be plenty of those on show in ten days time, because the Oscars are looming. I guess that might mean a few more thespian political remarks aimed at the American president (BTW, as an adjective, trumpery means ‘showy but worthless’) but that’s just the way it goes.

Of course, The Donald seems to be more of an outraged orange kind of guy than a mellow yellow but, be that as it (Theresa) may, spring is almost upon us. Anyone for daffodils?

74 thoughts on “FASHION: Looking and feeling mellow in yellow”