FASHION: The dark side of the beauty business

When the news broke about movie producer Harvey Weinstein’s serial abuse of women, I can’t say I was shocked. I mean, what he has done was appalling but strictly speaking not shocking. How much of a surprise could it be that a gorilla of a man who was perhaps the single most influential person in a business as glamorous as the cinema might try to capitalise on that power to take advantage of women whom he would ordinarily have no chance of getting anywhere near? Knock me over with a feather, the Pope’s a Catholic. And you wouldn’t believe where bears go to poo.

Ditto fashion. Earlier this month, Edie Campbell, a top model, said the fashion industry created an environment of “toxic masculinity and patriarchy”. Cara Delevingne, the actress/model who was among the many harassed or worse by Weinstein, said: “In every industry men abuse their power, using fear, and they get away with it.” The title of chief scumbag in the fashion business latterly seems to have been bestowed on Terry Richardson, a hugely successful photographer (shown on the home page) over decades. Allegations about his abuse of models have been widely circulated since 2014 but it wasn’t until recently that he was widely blacklisted. Last month, Condé Nast, publisher of such magazines as Vogue and GQ, called a halt to hiring him for work. (Not that there were allegations of this nature about Richardson, but you might not be shocked – that word again – to learn that male models might have it even worse.) A statement from the company’s vice-president (you have to love that ‘vice’ bit in his title in this context), James Woodhouse, said: “Condé Nast would like to no longer work with Terry Richardson. Any shoots that have been commissioned or any shoots that have been completed but not yet published should be killed and substituted with other material.” So pretty much totally toast, then. 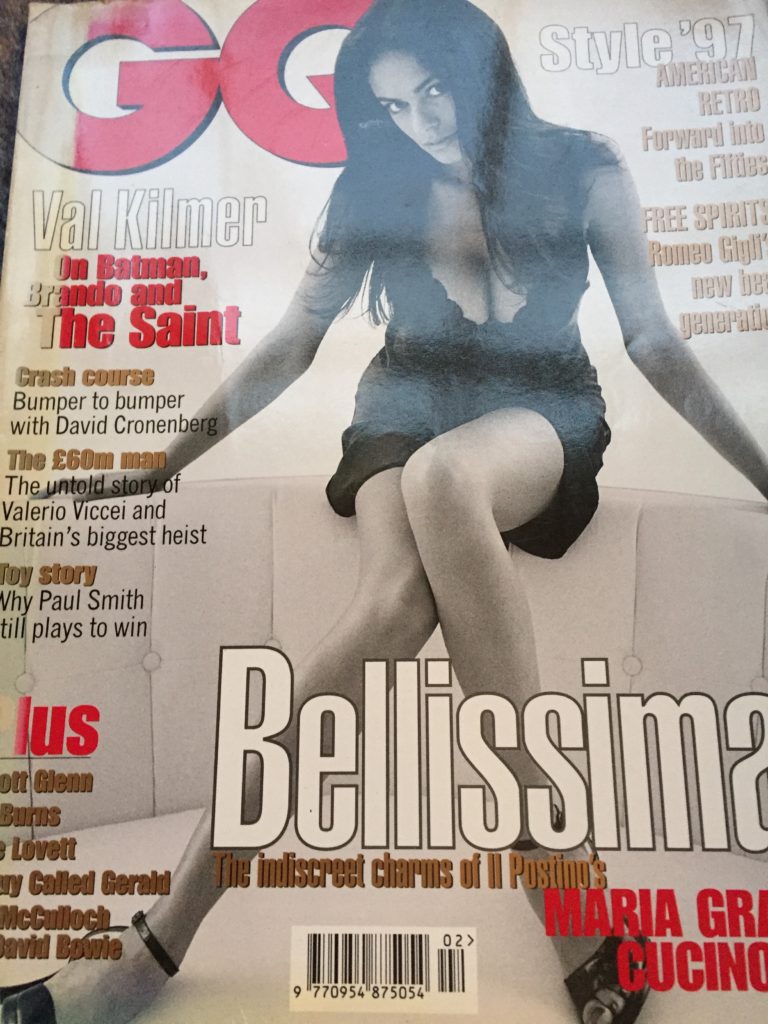 The cover of a copy of GQ from 20 years ago; the future now looks rather less rosy than it did back then

After Condé Nast dumped him, so did fashion brands like Bulgar and Valentino. Predictably, and perhaps correctly, many people have suggested Richardson has been a victim of the Weinstein case. There are no new allegations against him and he is adamant that any sex he had with models was always consensual. His defenders point out that what has happened is that, for publishers of glossy magazines, being associated with Richardson has suddenly become politically incorrect; possibly toxic. Maybe so, and it’s not as if they don’t have a bunch of other problems to contend with.

Earlier this month, Condé Nast announced it was cutting 80 jobs in its New York offices. Some formerly monthly titles will now only come out 11 times a year – GQ among them. That got off comparatively lightly. Condé Nast Traveller has dropped from 12 issues to eight. Teen Vogue got trashed altogether. These are tough times for magazines, with the future uncertain but increasingly looking to be online. As for print magazines, perhaps in 20 years time there will not be many left standing.