FASHION: Trash talking but not just any old waste of space

Sometime last month, the Saturday issue of The Times carried with it a complimentary copy of Luxx magazine. As you may have figured from its title, ‘Luxx’ is an extravagant abbreviation for ‘Luxury’, and a quick flick through made it plain that I was not the target readership. But one item on the contents page intrigued me: a piece on wastepaper baskets. (The article is shown on the home page.) What? The trash-can market has a high-end as well? Indeed it does. Under the headline ‘Flash trash: One man’s refuse is another man’s pleasure’, a guy named Nick Vinson took us on a waste tour. 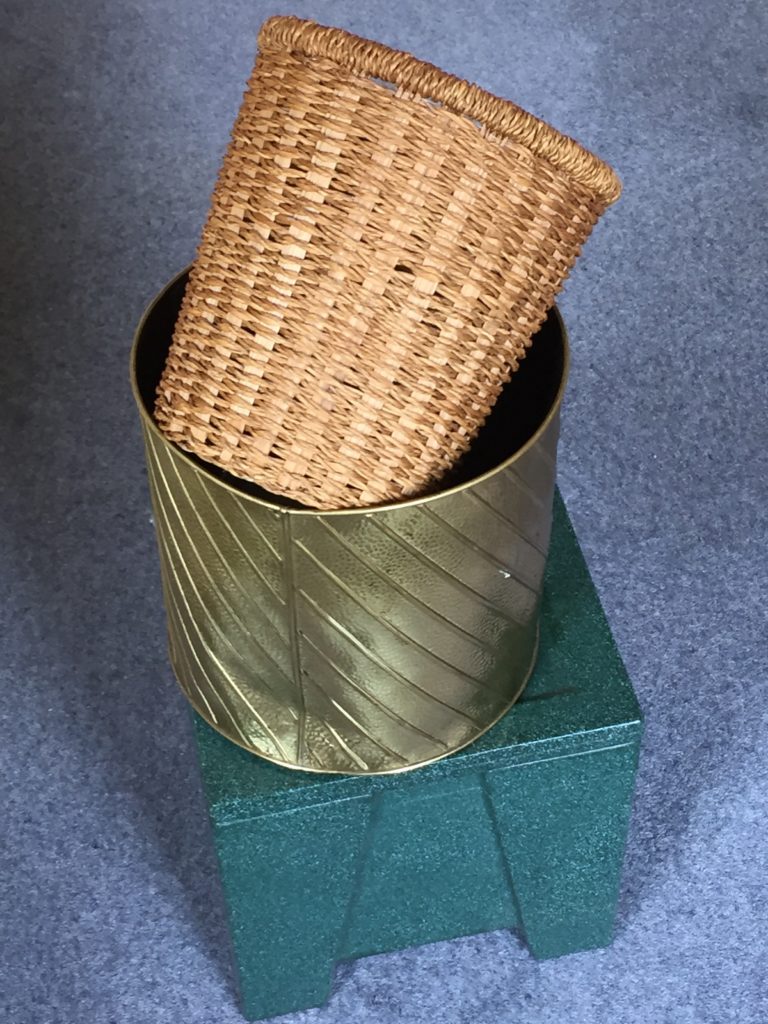 Piling ’em high: but three of those which we have at home aren’t going to amount to a hill of beans price-wise when compared to the extravagant receptacles of waste featured in a recent issue of Luxx magazine

Granted that you could probably make out the headline from the image, but probably not the prices. So I’ll help you. The one of the left is the Toron wastepaper basket by Hermès. It sells for £5,130. Yes, that’s right: over five grand for something into which you might throw a used piece of Smythson paper, or a Kleenex. It’s “made from 40 metres of natural-coloured strips of bridle leather, threaded through a structure of facet-cut maple wood”. Well, of course it is! It would be for that price, wouldn’t it? Next to it is a leather one that’s a snip at £585. Then there’s a swing-top silver model which is around £3,200. (It’s quoted in dollars – another basket case.) The one on the right is made from beechwood and sells for about £1,050.  (That’s quoted in euros – call it a Brexit basket case.) I’m thinking that rather than me, the individual being targeted here is a Russian oligarch or the like. In fact, someone you wouldn’t mind targeting into one of said bins. (Is one allowed to call something that costs into four figures a ‘bin’?)

Anyhow, depending what you think of the above piece, if you’ve downloaded it before reading and have been less than impressed, you know what to do? Drag the article along and deposit it in the trash can to the bottom right of your screen.

68 thoughts on “FASHION: Trash talking but not just any old waste of space”