FASHION: Watches – now rather more than a matter of time

Time was when if you didn’t wear a watch, you didn’t know the time. Now many people, especially millennials, don’t bother with them. “Why would I?” my son once asked. “When I want to know the time, I just look at my mobile.” Indeed. I guess it kind of squares the circle that instead of looking at his iPhone, he could own an Apple Watch (as shown on the home page), which was introduced to the public in April 2015. And that can do much more than an ordinary watch. Whereas smart phones can tell you the time as well as perform myriad other functions, the Apple Watch can do loads of other things as well as tell you the time.

There’s something else that is topically good about the Apple Watch. Last Sunday, the clocks went forward from GMT to put us on British Summer Time. No need to do anything manual with an Apple Phone; it automatically makes the adjustment for you. No big deal, in any case, you’re probably thinking. Well for you, perhaps, but spare a thought for Roman Piekarski, the curator of the Cuckooland Museum at Tabley in Cheshire. He has to change the time on hundreds of clocks. (To be frank, though, I don’t see cuckoo clocks ever becoming available in a digital format.) 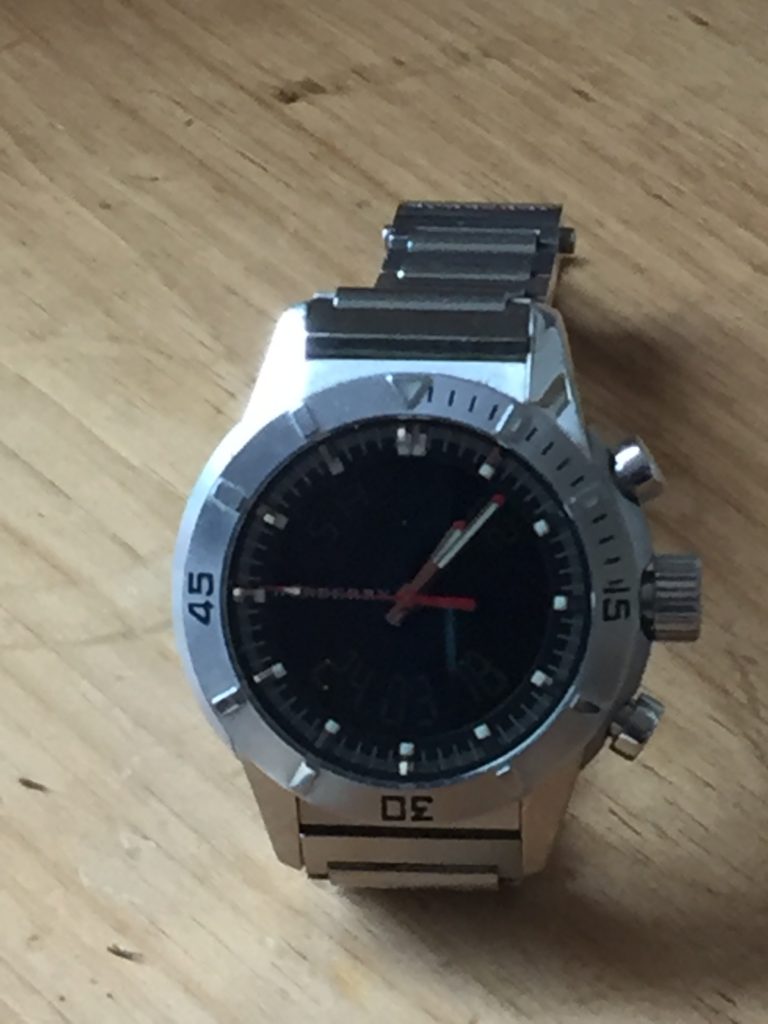 But there is a huge demand for ‘regular’ watches and the top end of the market is crammed full of readily recognisable brand names: Rolex, Omega, Tag Heuer, Montblanc, Patek Philippe, Cartier, Van Cleef & Arpels, Breitling, Dior, Bulgari…and that’s just your ten for starters. The specific beauty of these wrist-strapped chronographs, which are at least as much about money and status as they are about accurate timekeeping, adds up to big business. Heck, last weekend the Daily Telegraph had a 16-page supplement devoted to the subject. On the other hand, you can’t watch a video on any of those adornments, which you could if you had the necessary model of a Hublot (we have thus, Spinal Tap-like, taken the brands up to eleven) on which you could watch moving images, thereby joining the 20,000-plus subscribers it has for its dedicated YouTube channel. There’s plenty more that do the same. How times have changed.

A couple of decades ago, I was doing an interview with a sportsman who had a contract to wear Rolex watches. He noticed my wrist and said: “I see you’ve got a Rolex” – this being in a tone which was not unkind but suggested he was surprised I could afford one. Which I couldn’t. “No,” I replied. “It’s a knock-off. I bought it for 10 quid in a souk in Dubai.” He asked if he could look at it, so I took it off and handed it over. He took it in his hand and after a few moments he said: “Actually, this is better. It weighs so much less than a real one.” I suppose that adds a whole new meaning to the notion of time weighting for no one.

55 thoughts on “FASHION: Watches – now rather more than a matter of time”