Telling the time at a high price

I am indebted to the Financial Times for the substance of this story. It has recently advised me that last year “was one of the best years on record for the watch divisions of auction houses”. Notably, the model you see on the home page (the Patek Philippe Grandmaster Chime 6300A-010, to be precise, as one should be about such a specimen) went for ¢31 million at Christie’s in 2019. Yes, 31 million dollars. That makes it the most expensive timepiece ever sold at auction, which I find hardly surprising.

Introduced in 2014, the makers say this is the most complicated watch they have ever produced. It is the only one in the series made of steel. There is a host of high-tech stuff as well; less technical but I dare say more controversial is that its strap is made of hand-stitched alligator leather. The newspaper quotes James Marks of the Phillips auction house saying that the allure of watches is “both about passion and trophies, a sentiment echoed by collectors. Watches are coveted for their investment value but also for their history, scarcity and design”. Clearly it helps a lot to own one if you have a large amount of disposable income. 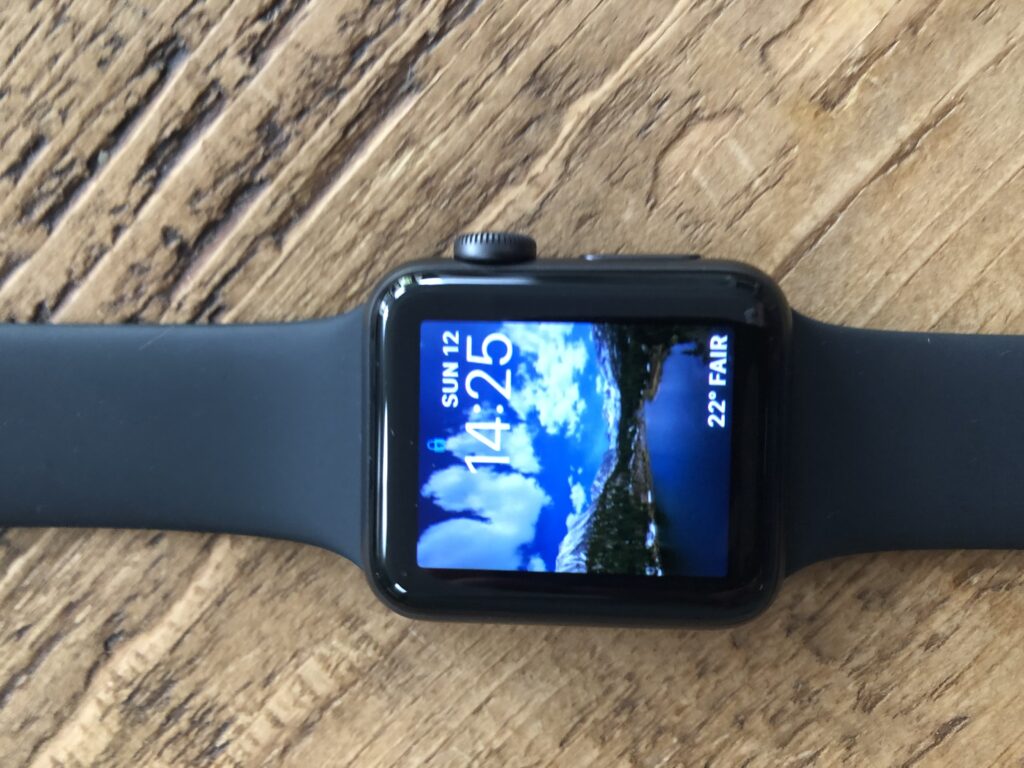 Aside from its other capabilities, the Apple Watch can offer a nice screensaver while telling you the time

At something around £300, the Apple Watch is modestly priced by comparison. It is, of course, much more than something to tell you the time. I am told it is especially good for fitness fanatics. It’s strapped to your wrist so does not have the comparatively cumbersome attributes of your mobile phone, lodged in its carrier as you jog along. It will let you know how many steps you’ve taken, how far and fast you have run, and once it’s all over it will let you know your heartbeat. (Which I’m guessing would be off the scales if you’d just found out that the Patek Philippe model referred to above had been stolen from your home.)

They say that time waits for no man; these are simply two different ways of finding that out. Whichever of the two watches we are talking about, however, they have both come a long way from the days of good old grandfather clocks going ‘tik tok’. Come to think about it, the only thing that goes Tik Tok these days is the latest political row about doing business with the Chinese!