Ayn Rand gets a rather bad press these days. No wonder – she is reputedly President Trump’s favourite author. And perhaps there’s small wonder about that. Her heritage is Russian/American (she was born in Russia before moving to the States in her 20s) – a bit, if one can believe all one reads, like The Donald’s finances. Although the former is a connection we don’t need Robert Mueller to help us find! And while Rand is not around to enjoy her revitalised celebrity (she died in 1982 at the age of 77), interest in her work has latterly increased, whether or not this is down to her being read by the leader of the free world.

Her most famous novel, published in 1943, is The Fountainhead, a work she began in 1935. (The cover is shown on the home page.) The main protagonist is Howard Roark, an architect who rails against conventional standards. He epitomises her philosophy of objectivism, which in the modern era has come to be seen as exemplifying the virtues of libertarian capitalism and the primacy of the individual as opposed to the collective. Initial reaction to the novel was not encouraging, this even though the reviewer for the New York Times opined: “This is the only novel of ideas written by an American woman that I can recall” – a view that would be unlikely to make it into print today. The book has now sold over seven million copies. Roark’s character was apparently based on the hugely influential American architect, Frank Lloyd Wright, although I’m not sure that Wright went so far as to blow up a building he’d worked on simply because it had been amended in contravention of his plans. Still, I won’t spoil the storyline for you – for starters, it is a very long book, but I will say that Roark’s complicated relationship with his chief love interest, Dominique Francon, is violent and turbulent as well as fulfilled. 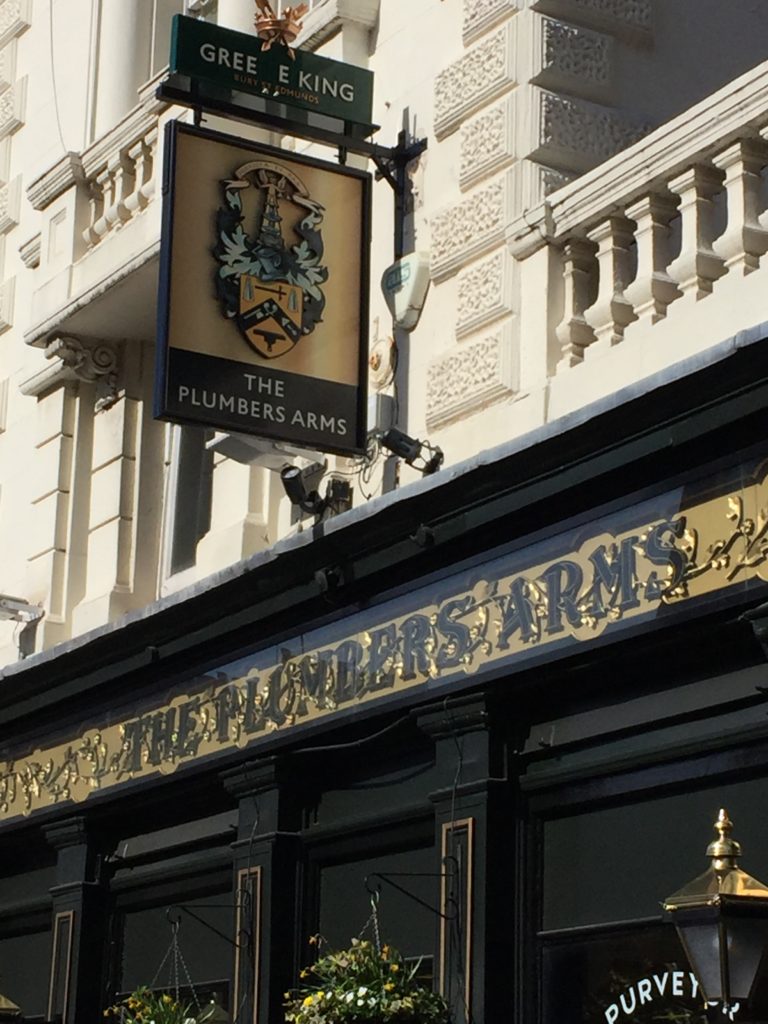 Somewhere in there they may be talking about Ayn Rand…or discussing the whereabouts of Lord Lucan?

I read recently about the springing up of Ayn Rand discussion groups in the UK, with The Fountainhead and her other best-known novel, Atlas Shrugged, being the main focus of the conversations. Apparently there is a regular such meeting at the Plumbers Arms, close to Victoria Station in London. (BTW, as Lynne Truss would point out, where is the apostrophe?) Not that that particular pub has any need of bookish newspaper stories to generate further notoriety for itself.

On November 7, 1974, Sandra Rivett, nanny to the children of Lord and Lady Lucan, was murdered in the basement of the Lucan’s home in Lower Belgrave Street, London SW1. Leaving aside the conflicting evidence of what precisely may have occurred in the house, and when exactly, at about 9.50 that evening Veronica Lucan went into the Plumbers Arms, a few yards down the road, and told the occupants that her husband had killed Sandra Rivett. Again depending on whose evidence you believe, a few hours after that he was never seen again. Alive or dead. Laura Thompson’s book, A Different Class of Murder, tells the tale in a compelling manner. But that’s not fiction, even if at times it reads that way, so I’ll say no more here.