The judges of the Man Booker Prize for fiction, the 2016 renewal of which was awarded and presented on Tuesday evening, are invariably and inevitably in an invidious position. If the shortlist is full of well-known names, then they’re just sucking up to the established literati and ignoring the aspiring authors they should be promoting. If the list contains a bunch of writers nobody has heard of, then they don’t care about the damn thing so why should we? This year, Deborah Levy (for Hot Milk) was the bookmakers’ favourite and probably the only one of the six authors whom one might say had a significant reputation, but that didn’t do the trick for her. Instead the award and £50,000 prize went to Paul Beatty, the first American winner. (Our transatlantic friends have only been eligible to enter since 2014.) The ceremony was at the Guildhall in the City of London and the Duchess of Cornwall did the honours.

Beatty’s novel is called The Sellout. According to Amanda Foreman, the chair of this year’s judges, it “manages to eviscerate every social taboo, every politically correct nuance, every sacred cow, while both making us laugh and wince”. Its premise is that an African-American is on trial for the means by which he is seeking to restore civic order – by reintroducing slavery and segregation. Foreman added: “The Sellout is one of those very rare books that is able to take satire, which is in itself a very difficult subject, and plunge it into the heart of contemporary American society with absolutely savage wit of the kind I haven’t seen since [Jonathan] Swift or [Mark] Twain.” 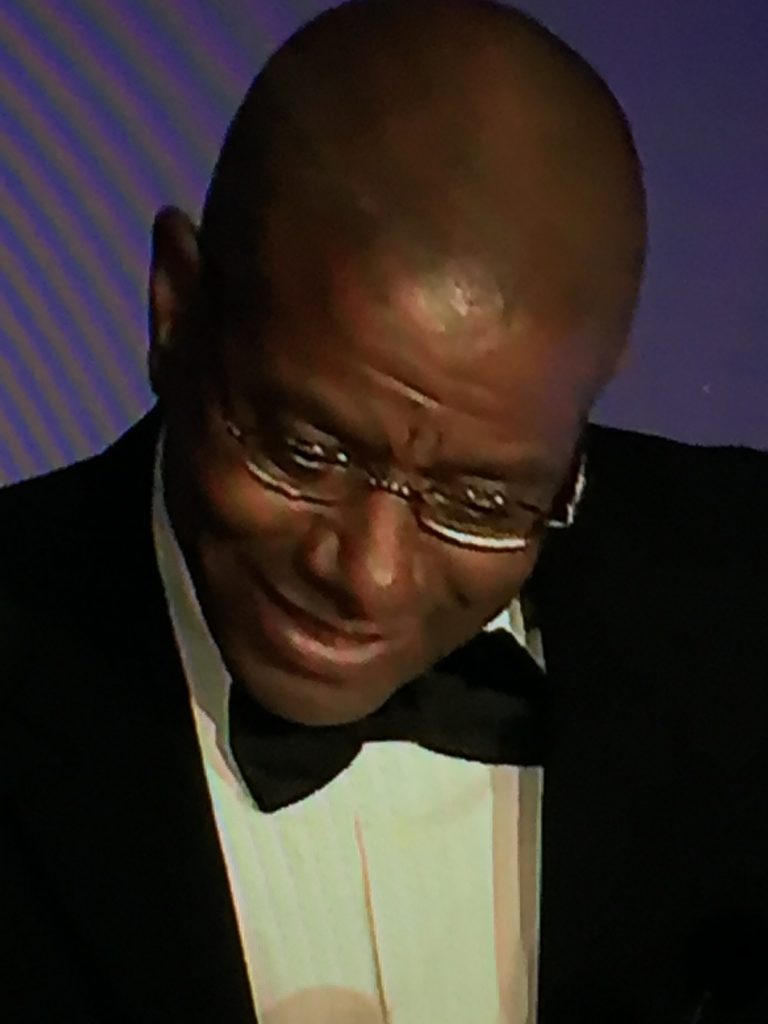 Paul Beatty ponders his words on Tuesday after winning the Man Booker Prize for…er, his use of words

High praise indeed. This is Beatty’s fourth novel and the grammar is pretty spicy. I’m indebted to The Times for knowing that it has “233 versions of the f-word and 194 uses of the n-word”. I guess in some respects that shows how broadminded we’ve become. For example, in 1984 Martin Amis’ glorious Money lost out to Anita Brookner’s Hotel du Lac. Brookner’s Booker-winning book about Edith Hope – “a writer of romantic fiction under a more thrusting name” – could be described as genteel. The central character of Money, John Self, is scandalously thrusting – “porn freak and jetsetter, aficionado of wealth and women” to borrow from the blurb. You get the picture. And it’s X-rated.

I have only read one of this year’s six and it wasn’t the winner. It was Graeme Macrae Burnet’s His Bloody Project, (the cover is depicted on the home page), which is indeed pretty bloody. The story is cleverly told, providing vivid if bleak insight into the character and crimes of the protagonist while inviting the reader to figure out the true reason for the events. It’s an intriguingly unusual thriller. I had previously read last year’s Booker winner, A Brief History of Seven Killings by Marlon James, which isn’t brief and there are way more than seven killings. Among other considerations when it came to rejecting Burnet’s effort, perhaps the judges felt they couldn’t go for gore again. Instead a black writer has won the Booker for a second straight year and, from a commercial perspective, it is good news for the publishers, Oneworld, set up by a husband-and-wife team in their home 30 years ago. Both books are theirs. What was a business in a kitchen is now a company in Bloomsbury. Next year the hat-trick?