FICTION: In fact a few good deeds in this work of fiction…but they come at a price

The first film blog I posted was about Kill Your Friends, the cinematic release based on the black-comedy John Niven novel of the same title, published in 2008. Niven has just published his latest novel and, while there have been five in between, Kill Your Friends (shown on the home page) remains the go-to credit on the cover of this one, No Good Deed. (Having said that, his 2011 work, The Second Coming, in which God is forced into a rethink and decides to ‘send the kid back’ with the 10 Commandments now reduced to just one – “Be Nice” – is hilarious.)

The set-up to No Good Deed is that food writer and minor-level TV celebrity, Alan Grainger, gets name-checked on a London street by a tramp one cold winter’s afternoon. He assumes he’s been recognised because of his fame and, marginally and pathetically flattered, he reaches for some coins. He has indeed been recognised, but that’s because the tramp, Craig Carmichael, was at school with him in Scotland some decades previously. Craig had enjoyed a fleeting career as a rock star and Alan is shocked to see how far his friend has fallen. Shocked, but not totally saddened, if truth be told: Alan’s psyche is reflected by the Gore Vidal saying  “every time a friend succeeds something inside me dies”.

Anyhow, taking pity on his former pal, Alan suggests they have a drink. “Given Craig’s current look, many places were out (though Alan reckoned he could probably have passed him off as a challenging British artist at the Groucho), so the Coach and Horses on Greek Street it was.” Utterly hammered a few hours later, Alan flags down a cab to take him to Marylebone Station so he can catch a train home to his country pile, his wife Katie, who hails from a hugely wealthy family, and their children. Craig prepares to return to the freezing streets. “And then Alan was getting out of the cab…” 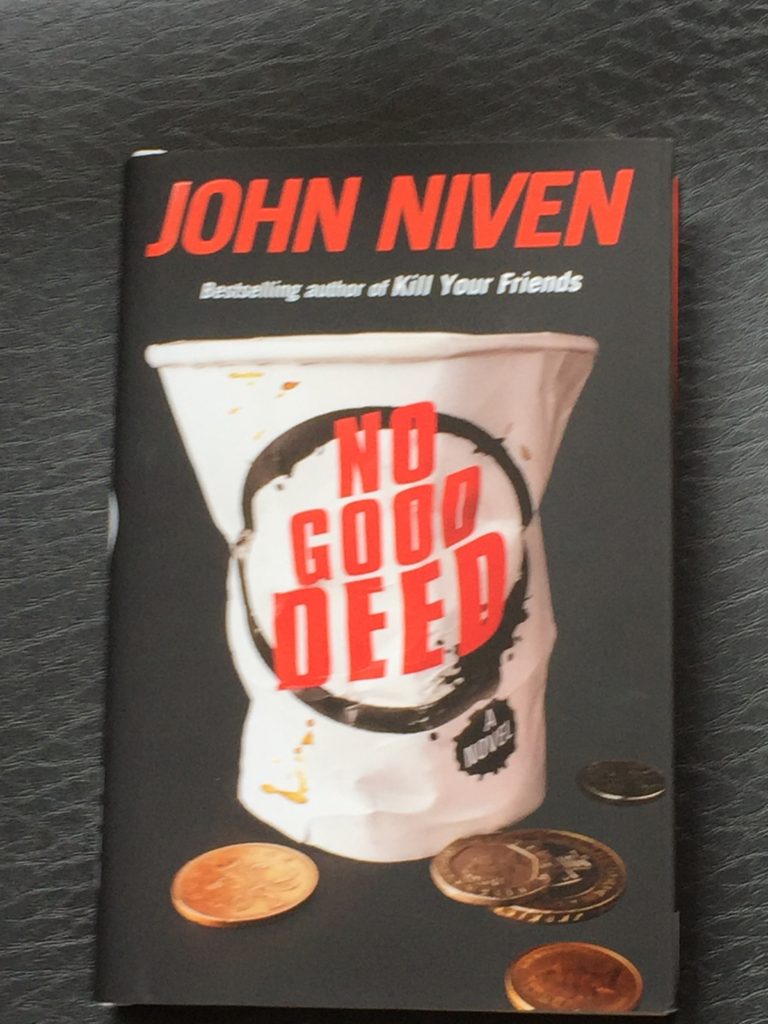 Begging for attention: meeting a long-lost friend on a London street leads to merry hell for Alan Grainger

So Craig goes to stay with them, the overnight turning into a weekend, then weeks and then months, and therefore Craig gets to see close-up just how well-off Alan and Katie are. “Their talent? Being born in the late ’60s and working in London with half-decent salaries in the 1990s…Katie’s father lent them six grand in 1995 and, hey presto, 15 years later they were property millionaires.”

The thing is, you know what’s coming. Despite all the generosity that Alan and Katie show him, Craig is bound to have a chip on both shoulders, isn’t he? And so he duly does, although there are plenty of laughs along the way to the denouement. An exploding toilet scenario is described in gagging detail. There’s an excellent description of a golf match between Alan and Craig for which I imagine the famous Bond vs Goldfinger encounter in the Ian Fleming book was the chief inspiration, even if the humour is very much Niven’s own. And Alan’s job allows Niven to make fun of a current British obsession. “Show someone on TV making a fish pie…and the British public were there in droves. Actually making a fish pie? This was an activity for a tiny segment of the middle classes.”

The ending is well handled. “Were we ever friends?” asks Alan. “You just get stuck with people, don’t you?” comes the reply. Not quite Gore Vidal, perhaps, but in a nutshell suggesting how even (sort of) friendships can breed resentment.

89 thoughts on “FICTION: In fact a few good deeds in this work of fiction…but they come at a price”