On ‘Super Thursday’, the big autumn book-publishing date which this year fell on September 7, the chief offering from Penguin Viking was the new John le Carré, A Legacy of Spies, which is a kind of very delayed sequel to The Spy Who Came in from the Cold, published in 1963. That’s before England won the World Cup!! The chief protagonists in that were Alec Leamas, the spy who sometimes came in from the boozer, and Liz Gold, his girlfriend. Very glamorously, in the film they were played by Richard Burton and Claire Bloom. (Spoiler alert: they are both shot by the Berlin Wall – oops, sorry, that was a bit strong…) In the background are George Smiley and Peter Guillam, flying desks rather than taking bullets for the Secret Service. In the new book, Guillam’s retirement in France is disturbed by a summons from his old employers. It has transpired Leamas and Gold each had a child, they have discovered what their parents did, and they are determined to seek financial retribution. There could be a bit of a political stink, too.

Essentially the plot line is should Guillam and Smiley, Guillam’s former boss (wherever he is!), be brought to book after all this time for what happened to Leamas and Gold? Essentially the main point is that, after we’ve been referred to a host of old memos and reminiscences, do we really care? There’s a secret revelation of some less than appropriate behaviour between Guillam and a foreign agent – “Did I fuck her? No, I bloody well didn’t. I made mute, frenzied love to her in pitch darkness for six life-altering hours” – but that’s about as energetic as matters get. Suspense? I’ve felt more on edge driving over the Clifton Suspension Bridge.

Among other elements of the Smiley saga, le Carré has decided to fudge the issue of his age. As Private Eye pointed out, by rights he should be into his 100s by now; Guillam in his 80s. Yet you’d get no sense of that from this. In Ian Rankin’s Rebus novels, his Edinburgh copper gets a year older with every book. On the other hand, P.D. James had her favourite detective, Adam Dalgliesh, remain the same. While Burton playing Leamas was pretty intoxicating stuff, Smiley is probably le Carré’s most estimable creation, even though three of his books which have been successfully converted into movies – The Russia House, The Tailor of Panama and The Constant Gardener – don’t involve him at all. 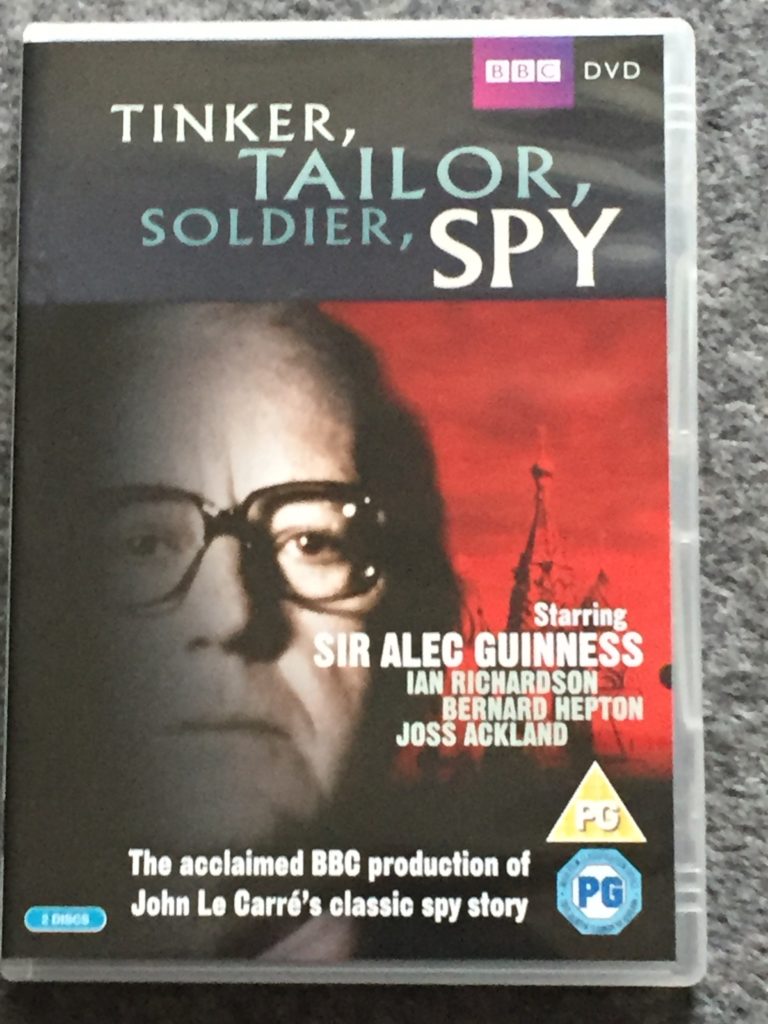 There are serious careers to be made from disseminating le Carré novels via other media. Fittingly, his sons are now primarily responsible for undertaking that exercise. The magnificent recent BBC adaptation of The Night Manager, featuring Tom Hiddleston and Hugh Laurie, was one such example. In a bygone era – 1979, to be exact – the BBC also excelled with its production of Tinker, Tailor, Soldier, Spy, with Alec Guinness as Smiley, turning his operation inside out in a search for a very rotten apple who was working for the Russians while merrily sending British agents to their death. As Smiley noted to Guillam then: “It comes down to the oldest question – who spies on the spies?” (If you have never seen this, I would hugely suggest that you do. It’s wonderful. The movie of the same story, starring Gary Oldman as Smiley and Benedict Cumberbatch as Guillam, is excellent but, in my view, distinctly second best.)

Finally, back to A Legacy of Spies. Writing in The Times, John Sutherland concluded his enthusiastic review – “It’s not merely good in itself; vintage John le Carré…takes a classic and thickens it into something different than what it was” – by saying: “Don’t wait for the paperback.” It’s obviously all a matter of opinion, and I couldn’t resist the urge to buy the book myself, but quite frankly if I were you I’d probably not bother with the paperback either. Whether the BBC version, which even now is probably being pitched, will work…well, on past form they might indeed manage to deliver the goods.