The new novel by John Verdon is called Wolf Lake. It’s the fifth in a series featuring Dave Gurney, “the former New York Police Division star homicide detective” (it says) who quit the force early to retire to the Catskills with his countryside-loving wife, Madeleine, but can’t even come close to declining the offers when his old colleagues reach out to him. Well, one of them in particular, a guy by the name of Jack Hardwick.

So far, so formulaic, you’re probably thinking. One of the nicknames given to Gurney by both Hardwick (who’s a fictional creation) and Verdon’s publishers (who are for real) is Sherlock Holmes, which you might figure is definitively over the top. But what in my view are the two best of the five books, what might be considered the ultimate accolade in the genre does not seem preposterous.

Those two are the fifth – i.e. this one – and the first, Think of a Number, published in 2010. An ingenious thriller, it is our introduction to Gurney, Madeleine, Hardwick and other regularly recurring characters like Rebecca Holdenfield, a forensic psychologist. The books are stand-alone titles; essentially there is no common story-line between them. The three in between are called Shut Your Eyes Tight, Let The Devil Sleep and Peter Pan Must Die. I think they are all good, to understate it somewhat, but not at the level of the two that currently bookend the collection. 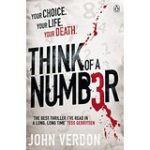 From the first to the fifth book… 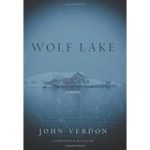 …these Verdon novels are compelling reads

It would clearly be very wrong of me to reveal too much but a few words about the plot of each are in order. In Think of a Number, the recipients of a handwritten letter are asked to do just that – pick a number between one and a thousand. Some of them picked the number 658, at random. And that was the number the letter-writer had predicted they would choose. How could he (or she) know them that well? And know about their guilty secret? And why demand that they must pay such an oddball sum of money as $289.87 in order to make the matter go away? The plotting is extraordinarily elaborate and enthralling, and the way in which Gurney hits on the solution to begin the explanation behind the process is marvellously handled. If you like thrillers, you’ll adore this.

And I’m sure Wolf Lake will hold great appeal, too. (Especially if you relish books set in freezing-cold temperatures.) Four people living in different parts of the United States have apparently committed suicide by slitting their wrists shortly after each had suffered the same harrowing nightmare. The police have found a common link: also shortly before they died, all four had undergone hypnotherapy appointments at Wolf Lake with a psychologist called Richard Hammond. At the request of Hammond’s sister, via his old mate Hardwick, Gurney gets involved. Needless to say, the neatly tied-up official theory doesn’t withstand his analysis for long. But what is the alternative rationalisation; how can Gurney explain what has happened? You will find out as surely as you’ll keep on turning the pages.