FICTION: Not laughing all the way to the food bank

On page 231 of Number 11 is George Osborne’s (in)famous line to the Conservative Party Conference in 2009: “We are all in this together.” I don’t think Jonathan Coe, the author of this powerful but in parts hilarious novel, would agree with the inhabitant of No. 11 Downing Street. In his view, as expressed here, there’s them (the government and its rich friends and benefactors) and there’s the rest of us. There are the bankers and, a horribly long way further down the chain, the food bankers.

The book is a (kind of) sequel to What A Carve Up!, Coe’s novel of 1994. No longer central to the story, but nevertheless very relevant, are the hideous heirs of the Winshaw family. There is a wickedly enjoyable chapter about The Winshaw Prize, which is so much a bigger deal than the Booker – it’s the prize for the best prize! But then this whole saga is marvellously narrated and updated, including a realistically dystopian take on a reality TV show and a scarily believable scenario about the potential perils of social media. On Snapchat, the difference between ‘nicest’ and ‘incest’ might be…well, ephemeral. (BTW, I hope The Feathers pub near New Scotland Yard has found business booming through its recent literary references; there’s a meeting in it in this book, and it’s a regular haunt of Robert Galbraith’s – aka J.K. Rowling – super-sleuth, Cormoran Strike.) 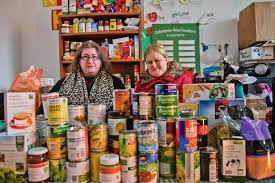 The thing about the rich, according to Coe, is that everything comes down to money. Trying to define everything in life in monetary terms is appallingly abhorrent but that is what one of the central figures in the book, Laura, latterly attempts to do on behalf of the Institute of Quality Valuation. “We’re dealing with people who have no notion at all that something is important unless you can put a price on it,” she explains. “So, rather than have them dismiss…well, human emotion, altogether, as something completely worthless, I think it’s better if someone like me comes along and tries to help them out. Makes some sort of case for the defence.” An example she cites is “the feeling you get when you look at a beautiful stretch of coastline”. She has a term for it: ‘hedonic value’. How awesome. How awful.

Throughout the novel, which is constructed over five sections, Coe handles well the interconnection between both protagonists and incidents. As for the title, although the ‘elite’ are the people the author chiefly has in his sights, the number elevens of the story are not a smart address in Westminster but respectively a house (in the north!), a bus, a locker, a table and the lowest intended level of basement floor (it’s the opposite of the amplifier – “It goes up to 11” – in This Is Spinal Tap) in a property which a preposterously wealthy banker and his wife are having rebuilt amid the mayhem they have caused in Kensington, an extremely prosperous area of London. With extraordinary consequences.

The ending is an elaborate metaphor, enigmatic and bizarre, which I think doesn’t quite work. Be that as it may, the book would make for a marvellous TV series. I think, sadly, that these days the BBC would not dare make it.

49 thoughts on “FICTION: Not laughing all the way to the food bank”