Howard Jacobson is a past winner of the Man Booker Prize, in 2010 for The Finkler Question. His latest novel, the cover of which is shown on the home page, is called Pussy, as in Donald Trump’s sexist boast about where you could grab a woman if you were famous, a coarse phrase about which Hillary Clinton is probably still wondering how/why it didn’t cost her opponent the presidential election.

Hillary makes occasional appearances here under the thin disguise of Sojjourner Heminway. Nigel Farage does likewise as Caleb Hopsack, a populist politician. We are in the republic of Urbs-Ludus where the Grand Duke and Duchess have a son, Fracassus (i.e. Trump), who destroys Lego buildings, is adamantly against reading, and is bereft if his television is taken away – all this before he leaves childhood and seeks to make his way in the world of reality TV and Twitter. The conceit and the concept, which came to the author amid his shock at what happened to the American political system last November, are potentially intriguing and tailor-made for satire. But Jacobson doesn’t really deliver the goods.

There are, admittedly, some good lines and neat observations. For example, there is a famous weatherman in Urbs-Ludus called Philander. (I imagine Jacobson gave him that name on account of The Donald’s grabbing tendencies rather than in honour of the South African cricketer, Vernon Philander.) “Everything’s true,” Philander said, “not because it is, but because I say it is.” This theory fascinated his young listener. Jacobson writes: “The zone Fracassus inhabited appeared to be one where neither words nor intentions had traction. You could just say a thing, and then unsay it, with no cost to yourself and no repercussions for others, because there were no others.” 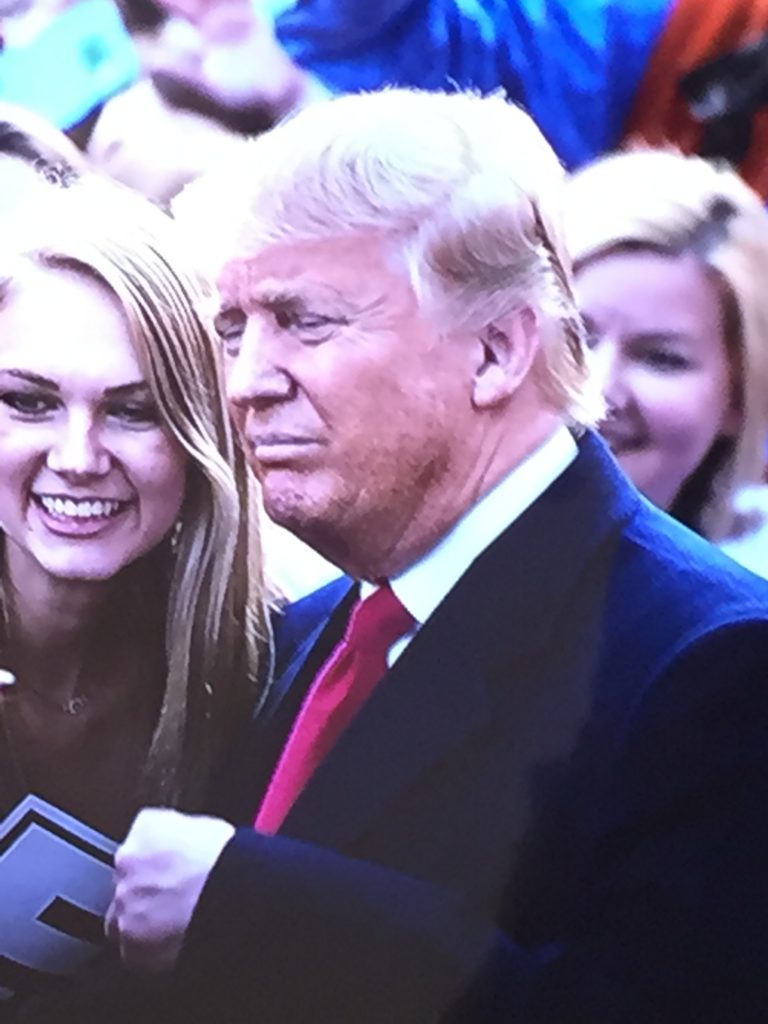 Eyes wide open – or not: the real Donald Trump, to give him his Twitter moniker, rather than Fracassus

Also, the young Donald – sorry, Fracassus – worshipped the Roman Emperor Nero, because of some bacchanalian behaviour he had seen him indulge in during a dramatised movie about ancient times. This had its hazards, though, as one of the two advisers charged with his tutelage told his father. “He talks a lot about Caffè Nero. I have a suspicion he thinks the Emperor owns the chain and might actually be working in one of them.” I have to say I laughed at that notion; also at the idea of Mantovani being the author of The Prince.

However, the whole doesn’t hang together. Jacobson has clearly been inspired in part by Gulliver’s Travels, but this book lacks that ambition – or if it didn’t, then he missed his Swiftian target by some margin. But maybe the reality is that Trump is in part beyond parody. At one point in the latter half of the book, exultant crowds repeatedly chant: “Frac-Ass-Us! Frac-Ass-Us!” (It’s not hard to figure why Jacobson decided on that name for him.) The other adviser noted: “He possesses the opposite of charisma to such a degree that people will stand for hours trying to figure out why they’re standing there for hours.” Another excellent line, but when Jacobson says he wrote the novella (it’s only 190 pages) in just two months, it often shows – and not in a good way.

But, like I say, there is some good stuff. In a barb aimed in the direction of Trump’s notorious narcissism, the author says of Fracassus: “He was used to waking with an erection and attributed it to the hours he’d just passed in his own company.” In which instance, I guess, he’d just be grabbing himself…

50 thoughts on “FICTION: Often funny but in parts perhaps more grim than Grimm”