FICTION: Swanning around to malevolent effect

This is a clever book but not to the extent that it’s too clever by half. Swan Song by Kelleigh Greenberg-Jephcott (the jacket is shown on the home page and from hereon I’ll refer to the author as KGJ) is a novel about the ostracisation from posh Manhattan society of the author Truman Capote. His crime? In a 1975 article for Esquire, he wrote about the goings-on of his “swans”, rich ladies who lunched (and drank) and who would tell personal stuff to Capote, a small, idiosyncratic gay man whose own mother had described him as “grotesque”. As the blurb says – “They told him everything…He told everybody else.”

The piece in question was excerpted from a book Capote said he was working on called Answered Prayers. It revealed the secrets of people who believed they could safely confide in him; women to whom he would give nicknames such as ‘Big Mama’ and ‘Babyling’. They entertained him on their yachts, their private jets and in their many homes. “It’s easier, actually, to have six houses than one,” muses one of them. “You just hop on a plane and your life is there; no need to pack.” (You probably get the drift that while Capote does not cut a sympathetic figure then nor do the people about whom he writes.) 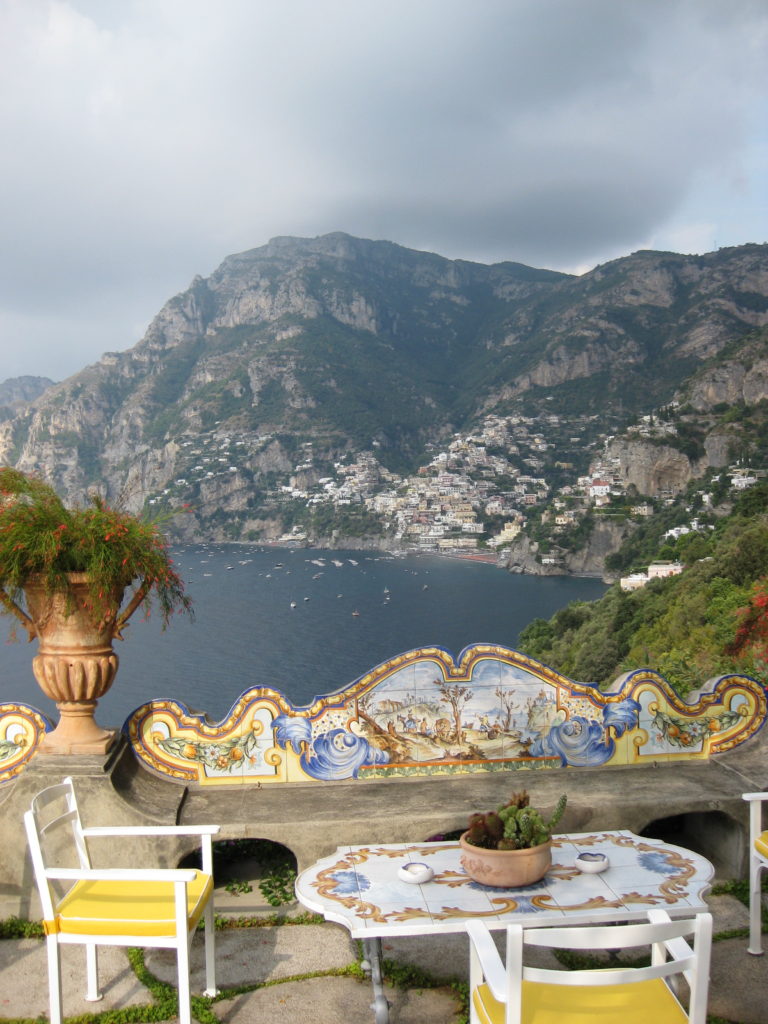 The Italian resort of Positano, the sort of place Capote and his ‘swans’ would enjoy in their halcyon days

It is fitting that the author has chosen to fabricate the story of Capote’s demise by intermingling her fiction with the facts. Capote made his name with the book In Cold Blood, described as a non-fiction novel, about the murder of four members of the Clutter family on their farm in Kansas. Published in 1966, it is regarded as a masterpiece of the true-crime genre. Capote travelled to Kansas with his childhood friend, Harper Lee (author of To Kill a Mockingbird), and interviewed the police and later the killers, Richard Hickock and Perry Smith, who in due course were executed. Capote first learned of the murders from a short news item in the New York Times. “And for a fraction of a second,” writes KGJ, “he found that he could hardly breathe. Just from that tiny piece, he sensed something…The germ of a story…the point is that without that newspaper clipping there would be no In Cold Blood, and without In Cold Blood there would in essence be no Truman.”

That book was pivotal to the world into which it catapulted him, a jet-set milieu of which fellow-author Gore Vidal (the two men shared a mutual antipathy) wrote: “Truman Capote has tried, with some success, to get into a world that I have tried, with some success, to get out of.” It was the world that would scorn him when he dared to scorn it in print. But within this there is a hint of a famous Oscar Wilde remark – there is only one thing in life worse than being talked about and that is not being talked about. “I’m sure I’m next,” says one woman, Gloria, who has been spared.” The book continues: “We stare at Gloria, and more than one of us spots something in those dark doe eyes of hers. She’s feigning fear, feigning concern. Yet lurking beyond is something else…It’s rage…[we try] to comprehend why anyone would long to be the subject of Truman’s vicious slander.”

When Lee Radziwill, sister of Jackie Kennedy Onassis, refused to back Capote in a lawsuit brought against him by Vidal, Capote went on a TV show to attack her, claiming she had been chasing Onassis before Jackie got him.”Not that she cared for that wrinkled old prune, but she was quite besotted with those oil tankers,” he said. Like Capote, KGJ has a good way with lines. In the end, it was the lines that brought about Capote’s end; lines of drugs. He died in 1984 aged 59 and the coroner found it was due to liver failure “complicated by…multiple drug intoxication”. Bitter to the end, Vidal called his passing “a wise career move”.

68 thoughts on “FICTION: Swanning around to malevolent effect”