Welcome to Dunkirk. Just look at it on the screen. Glorious blue skies. Magnificent white beaches. A lot of men hanging around waiting for boats to arrive. And for themselves to be picked off by German aircraft. And death. A lot of death.

Christopher Nolan wrote, directed and produced the film. The script would get nowhere near any screenplay awards; the dialogue mostly serves to connect us to the next (most likely gut-wrenching) scene. The film is shot from three perspectives. There’s a group of soldiers – including Harry Styles, making his acting debut – trying to head in one direction: to England. But their efforts are mostly in vain as they are recurrently thwarted in the most horrible of ways as they try to escape Dunkirk by catching a boat home. German bombs, torpedoes and machine guns get in the way of that happening. There are a series of plane fights as Spitfires are scrambled over the Channel, with Tom Hardy in command, to hunt down the Hun and protect our boys below. And leading the armada of small boats is a vessel under the captaincy of Mark Rylance, heading to the French coast to help in response to a government request for general assistance. On said coast is Kenneth Branagh, an old-hand naval officer who has seen it all before except he’s never seen anything quite like this. The carnage is cruel and casual and constant. 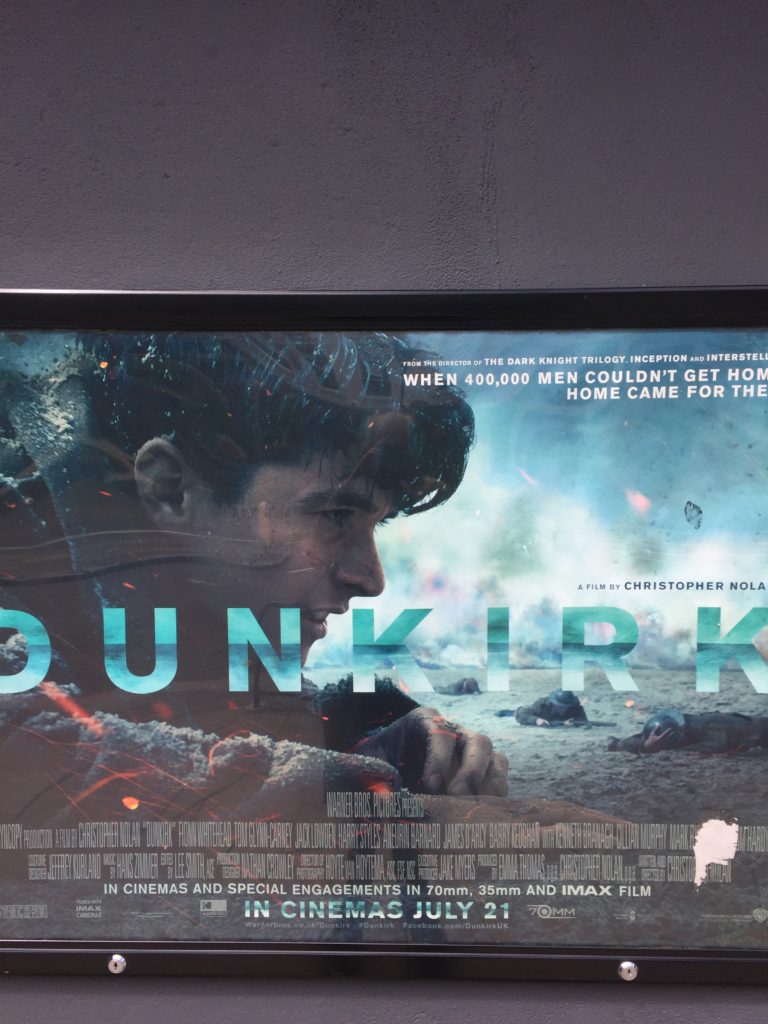 But the film has only a 12A certificate. Nolan has done this well. The movie is moving and shocking – and also quite beautifully shot – but there is no one scene that depicts anything that would warrant it being a 15. By doing it this way, Nolan has ensured the potential exposure of his film to the largest possible audience. Mind you, it’s not a film for the soft of hearing. It could cause tinnitus in two seconds. My son watched it at an IMAX cinema, which must have been horrifyingly loud, like being in a small room with the band playing live at a U(Boat)2 concert.

What is interesting is what Nolan chose not to show. There’s no footage of a Churchill speech. His name is invoked by Branagh a couple of times, and he’s in the newspaper headlines at the end, but he is never part and parcel of this bloody evacuation. Furthermore, we are essentially shown no German soldiers, sailors or airmen. This is a film that shows British soldiers being brave, cowardly, disciplined and/or haphazard. In other words, acting like humans do under the most horrendous pressure in the most awful of circumstances. And these truly were the worst of times.

Despite all they have gone through, in the end many of our soldiers make it back to Blighty. Well, we knew they did that. What we didn’t know is how Nolan would depict their story. We do now. It is brutal. It is also brilliant.