The Martin Amis novel, London Fields, is one of my favourite books. That is not a universally shared view. It was regarded as a serious contender for the Booker prize in its year of publication, 1989, but it never made the shortlist. According to one of the judges who spoke up for it, David Lodge, two of the women members of the panel, Helen McNeil and Maggie Gee, refused to countenance its inclusion. He has said that Gee called the book “morally and formally flawed, seriously confused, banal, unconvincing of nuclear catastrophe and pollution, and irredeemably sexist”. Well, there’s no pleasing everyone, although The Times has acclaimed it as one of the best 50 novels of the last 50 years.

The silver-screen version of the story was scheduled to be unveiled at the Toronto Film Festival in September last year. It was pulled at the last minute following a huge disagreement which led to the director, Matthew Cullen, suing the producers, Chris Hanley and Jordan Gertner, on the grounds that the latter had done their own cut which they intended to make the one released in cinemas. The only non-insiders to have seen it at that stage were the journalists who attended the press screening, one of whom wrote in The Hollywood Reporter that the film “presents the most staggering gulf in quality between a novel and a film adaptation in recent memory”. (Although The Bonfire of the Vanities is in my recent memory.) 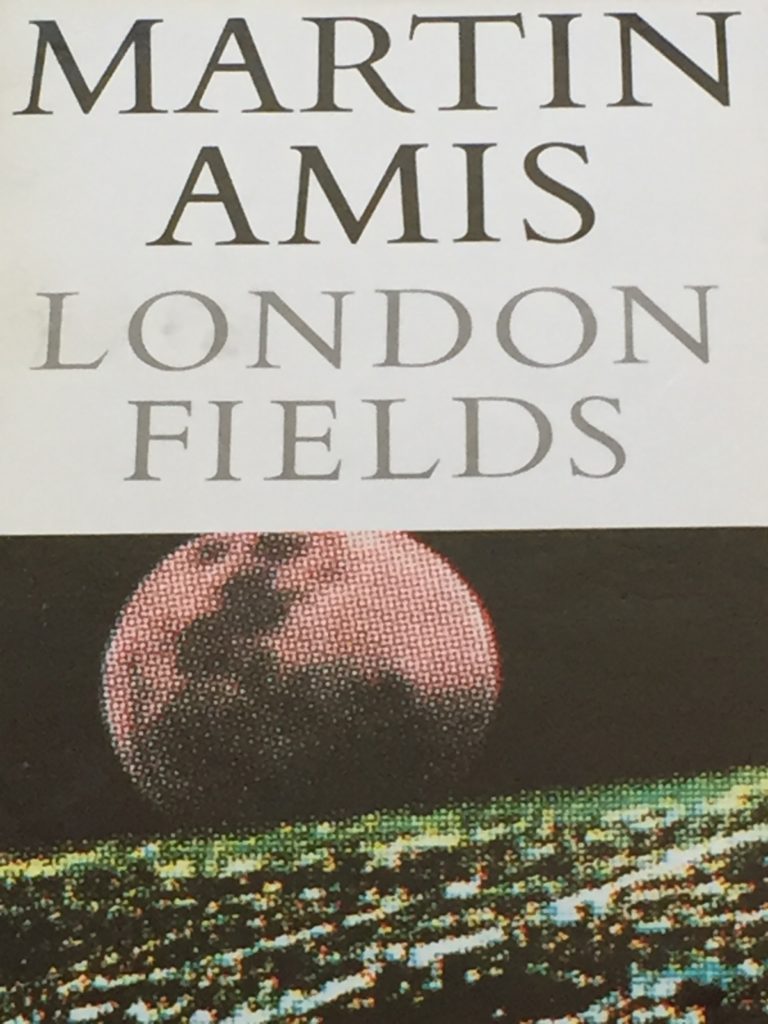 The cover of Amis’s novel hinted at the threat of a climatic calamity; instead it’s become a cinematic one

In simple terms the story concerns Nicola Six, played by Amber Heard, who has a premonition that she will soon meet her end at the hands of one of the three men with whom she is to some extent or other ‘romantically’ involved. (There is very little romance in this tale, as the alternative titles Amis considered, The Death of Love and The Murderee, would suggest; Nicola being the murderee, which perhaps did not go down well with Maggie Gee.) A week after the film’s aborted launch, the producers sued Heard for $10 million because she had said she would not promote the film because she claimed a body double had been used to shoot “pornographic” sex scenes. Apparently it was his dislike for her role in the movie that prompted Johnny Depp, who has a small part in it, to seek a divorce from her.

Was it all worth it? The film was released in America two weeks ago. A website called The Stranger pronounced it “the cinematic equivalent of a sewage truck colliding with a tanker full of gasoline”. Mmm, so that’s a thumbs-down, I guess. Rolling Stone wasn’t any kinder, its headline reading ‘A Woman, Three Men and One Massive Turd of a Movie’ and its review saying that the adaptation proves “you can turn any book into a movie if you have no problem with killing the host in the process”. The New York Times noted “some kind of worldwide catastrophe is unfolding, but Nicola’s main problems seem to be a lack of outerwear and the ability to foresee her own murder”. The film, declared Jeannette Catsoulis, “is, quite simply, horrendous – a trashy tortured misfire from beginning to end”. Whether such reviews were the cause of this or simply reflective of it, the movie took a mere £125,000 in 613 cinemas on its opening weekend, the second-worst return of any widely released film since records began. (Proud American, if you want to know.) It cost £6.25 million to make.

A headline in the Evening Standard in September 2017 in the wake of the fiasco in Toronto predicted ‘London Fields will never be shown in the UK’. Given its American reception, critical and financial, I guess that may well prove to be true; a film with London in its title never being screened in London. But perhaps that would be just as well. Despite everything, and against seemingly everyone else’s better judgement, I might not be able to resist going to see it – even if it’s so bad that it’s grim rather than great.

83 thoughts on “FILM: No home sweet homecoming for London Fields”