FILM: Not much of a party but quite animalistic

A million years ago, Clive James (in my humble opinion perhaps the best television critic of my lifetime), admitted to his infatuation with the American TV oil-based drama, Dallas. He knew this was awful, almost sinful, but it was irresistible. He wrote of going to dinner parties where most of the attendees were politicians or (at least in their own minds) high-minded journalists, who would spend the first hour or so talking about the faults of the government of the day or human rights. Halfway through the main course, the fourth bottle already opened, they were talking about JR’s treachery or speculating about just how many different ways Sue Ellen could move her mouth. James also noted that each morning in Dallas, the feuding Ewing family would sit down to a sumptuous breakfast and every time, without fail!, something would happen to make one of them leave the table – “so no one ever gets to eat anything of that magnificent spread”.

The film The Party in part reminded me of this. Janet (Kristin Scott Thomas) is an MP who has just been appointed to the government and she is hosting a party to celebrate the fact. In fact, as the movie opens, she is in the kitchen preparing the feast. As it happens, not a mouthful of it gets eaten. The canapés are toast. Later, literally so. 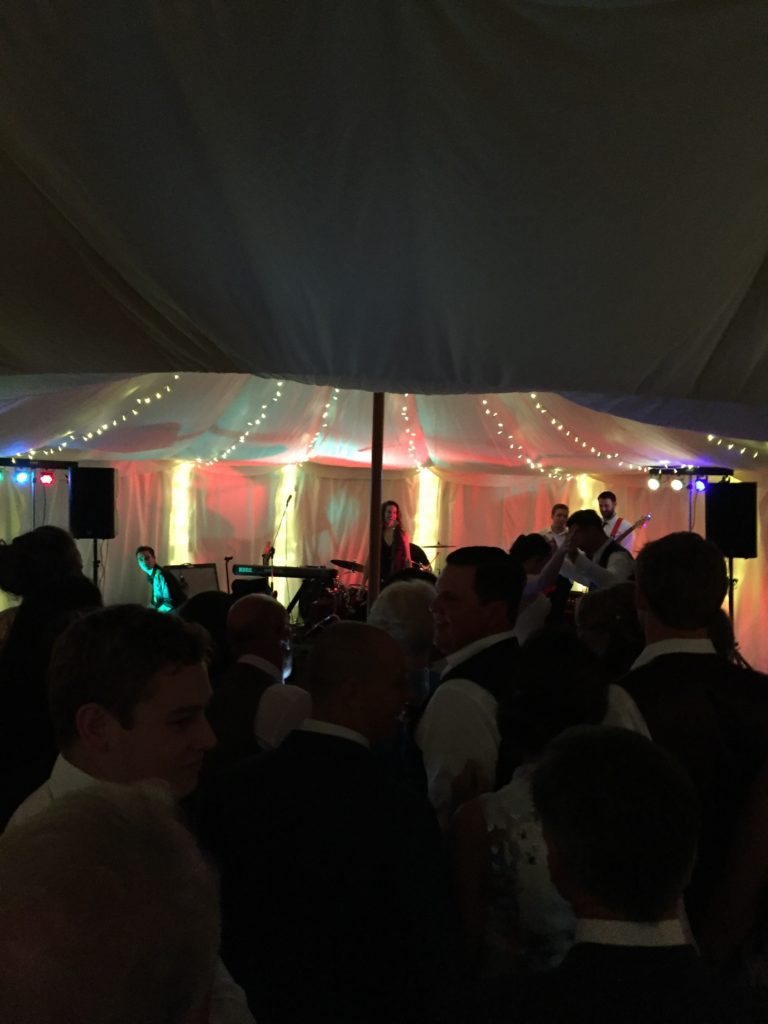 Parties are supposed to be about having a good time; but in this film nobody is dancing about to the band

The opening music is a discordant version of Jerusalem; there is nothing of England’s green and pleasant land here. Indeed, there wouldn’t have been even if the setting had been Hampstead Heath rather than a Hampstead (?) house. The whole thing is filmed in black and white. It is also commendably short – 70 minutes from opening shot to the last one. It’s written and directed by Sally Potter and overall it is a hugely entertaining black (and white) comedy.

Janet’s husband, Bill (Timothy Spall), sets off the ruination of her big bash by first of all revealing that he is terminally ill. Later he mentions that he’s been having an affair and he’ll be leaving Janet. Along the way, a lesbian couple announce they’re expecting triplets by IVF, although one of them is less than delighted at what the other thinks should be very happy news. Jenny (Patricia Clarkson) is fabulous as Janet’s uber-bitch friend. And why is the ultra-smooth, cocaine-addled banker, Tom (Cillian Murphy), carrying a gun? At least our sense of sorrow for Janet at being so callously betrayed by Bill is eased by the fact that we know she has a lover, too – they have been texting each other amid the cooking and the carry-on. At the conclusion, we are all set for the big reveal, as there is a knock on the door which signals the late arrival of Tom’s wife, Marianne. The twist in the tail of this tale is perfectly handled and very satisfying. And one can’t say the same for every movie.

73 thoughts on “FILM: Not much of a party but quite animalistic”