FILM: Nothing really to love in this tennis movie

Just like a London bus, you wait ages for a new tennis film and then two come along almost at once. At the end of November there’ll be the Battle of the Sexes, about Billie Jean King’s 1973 grudge match with Bobby Riggs. Right now we have Borg vs McEnroe, about er…Bjorn Borg (Sverrir Gudnason) and John McEnroe (Shia LaBeouf).

The film leads up to and into their epic Wimbledon final of 1980, the one in which McEnroe won a dramatic fourth set tie-break by 18-16 but Borg still took the victory. It was the fifth successive Wimbledon title for the ‘IceBorg’. Just ahead of the championship, he had noted that he was 23 years old and “should have four more years [before I peak]”. In fact, he had barely more than a year left at the top. In 1981 he lost the final of both Wimbledon and the US Open to McEnroe and soon after, in an incredible sulk, the Swede would take himself off from tennis and, to the huge frustration of the American, take himself away from a continuing rivalry with McEnroe. He wasn’t going to bother coping with the journey down from the the mountain’s summit. He was off the pinnacle and had little interest after that.

The actual match gets something like 20 minutes coverage here (the footage probably cost more than the bean-counters approved), and needless to say it’s chopped up a lot. I guess the director, Janus Metz, wanted to spread out the goodies as best he could. But the uncomfortable, if perhaps inevitable, truth is that while that mammoth tie-break was indeed one of Wimbledon’s most iconic moments, the drama depicted here bears no comparison to what the protagonists served up (sorry) on the day. On the other hand, one has to admit that the make-up and wardrobe people have done a terrific job in making the actors look like the real things. Also, LaBeouf does McEnroe grumpy to an acceptable standard while Gudnason does make Borg seem calm to the point of narcolepsy, even having squandering five match points in that tie-break. One point the film seems keen to make is that Borg turned out to be the cool-under-pressure character we remember because he was taught to be that way by his uber-strict mentor, Lennart Bergelin (Stellan Skarsgard). If not for that intervention, the emphasis is clear, he could have been just a Scandi ‘Superbrat’. 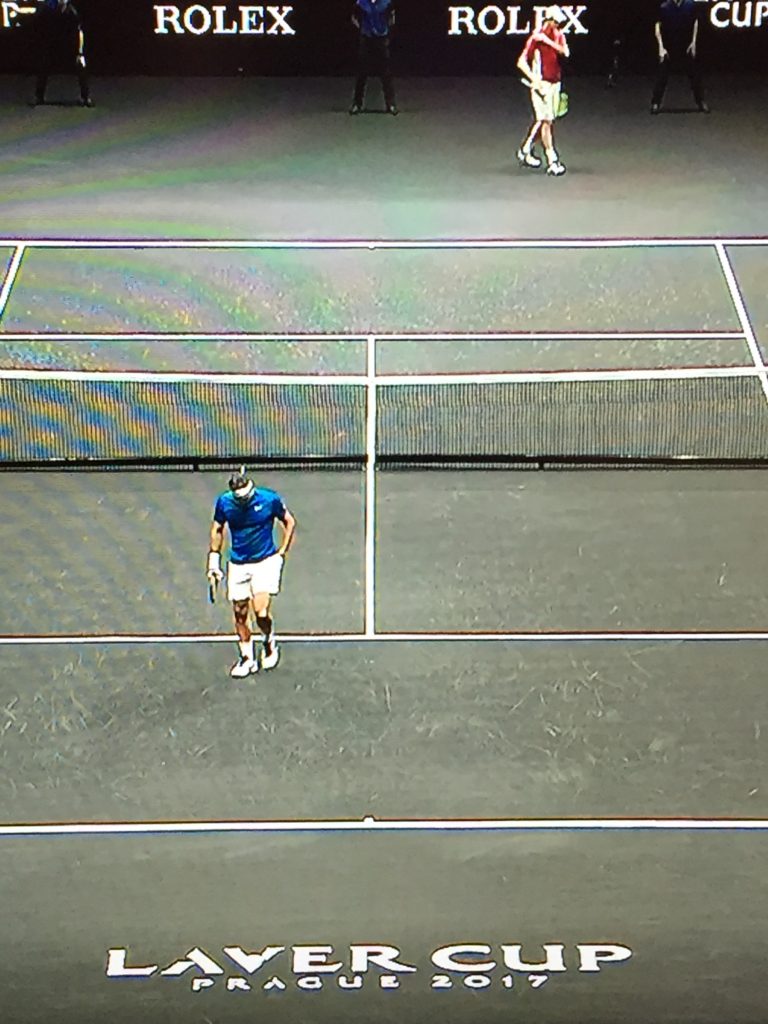 In fact, of course, most of us are not waiting around for Hollywood or anyone else to come up with a new tennis movie. We might have seen Match Point, and Wimbledon itself, and have realised that on some level they can never work satisfactorily. Borg vs McEnroe at Wimbledon in 1980 was a great tennis match but the story surrounding it might have been better told as a documentary, much as Asif Kapadia did with the hauntingly brilliant Senna. As it happened, though, Borg vs McEnroe opened in the UK on the same day (September 22) that the staging of the first-ever Laver Cup match, between tennis players from Europe on the one hand and the rest of the world on the other, got underway in Prague. The respective non-playing captains were Borg and McEnroe. Bjorn won this one, too: Team Europe beat Team World by 15 points to 9. Thrilling stuff but my bet is that it won’t spawn a film.

24 thoughts on “FILM: Nothing really to love in this tennis movie”