Rocketman is the story of Elton John (or Reg Dwight to give him his name when he was a piano-obsessed small boy in Pinner, Middlesex). If one reads that the star man, the Rocket Man himself, fully co-operated with the production of the film, and that his husband David Furnish is among the producers, you might quite understandably fear that it’s going to be something of a hagiography. If I tell you (not a spoiler) that at one point Elton says of himself: “I stated acting like a cunt in 1975 and I just forgot to stop,” then you might not be so worried about that. The poster for the film is shown on the home page.

John is played by Taron Egerton. According to the film, he had decided he needed to change his name to Elton – after the ace saxophonist, Elton Dean – in order to make it in the music industry but he had only decided on the Elton bit. When he tells his prospective agent, Dick James (played by Stephen Graham), that his name is Elton, he is inevitably asked: “Elton What?”, upon which he offers his surname after having just looked at a photo of John Lennon. 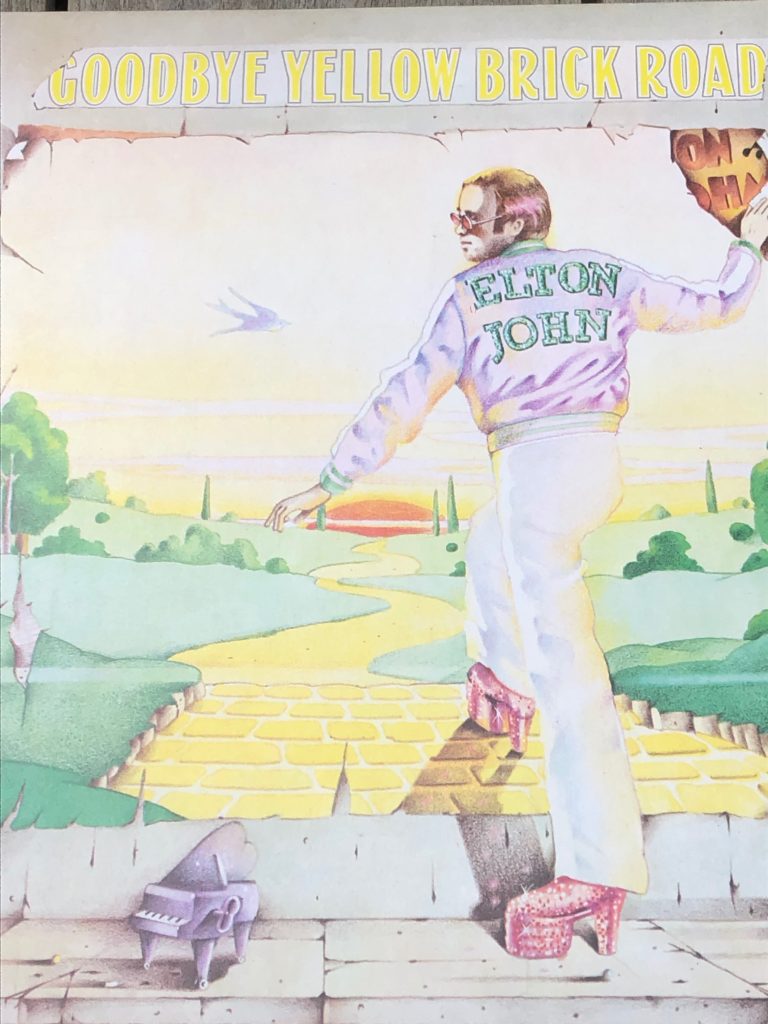 The storyline is unsparing about his upbringing – a father who showed him no affection and a mother whose main emotion towards him seems to be resentment. At least he had a kindly grandmother. His only great subsequent relationship is with Bernie Taupin (Jamie Bell), who after their initial meeting begins to send him lyrics for which EJ quickly finds a tune. I doubt it actually happened exactly this way but the portrayal of the genesis of Your Song is perfectly done. Yes, Bernie does love Elton – “but not in that way”. ‘That way’ describes his relationship with his manager, John Reid (Richard Madden from Bodyguard), which eventually turns toxic while his friendship with Taupin survives a few disagreements without ever becoming rancorous.

The film’s director is Dexter Fletcher, who finished off Bohemian Rhapsody, which won an Oscar for Rami Malek in the role of Freddie Mercury. That film was a 12 certificate, this a 15, no doubt on account of its less flinching depiction of the subject’s (homo)sexuality and his industrial scale cocaine-abuse. It’s a story of extraordinary success and excess told with panache. As Matthew Norman appropriately put it in the Evening Standard: “There may be a showbiz biopic to come that matches Rocketman for wit, energy, charm, candour and shameless exuberance. But I think it’s gonna be a long, long time.”

Because what this movie also has going for it, like Bohemian Rhapsody, is the music. Some songs are treated in the manner of a traditional musical, such as the Saturday Night’s Alright For Fighting sequence; others are simply played on an unaccompanied piano; elsewhere John performs them at a concert (for example, a stupendous rendition of Crocodile Rock on his US debut at the Troubadour in LA); the title track is performed in a weird fantasy sequence after he has drunk and drugged himself to the point of death. The script ends before John has met Furnish; before his Candle in the Wind redux at Princess Diana’s funeral; before – I learned from Peter Bradshaw in  The Guardian – his mother felt compelled to hire an Elton John impersonator to attend her 90th birthday party (albeit they were reconciled before her death). Not everyone will love this but it would be hard for a film to be a full-on failure with a soundtrack of this quality. The songs John and Taupin have collaborated on have sold over 300 million records. This film is in part a multi-coloured, multi-costumed reminder of why that happened.

85 thoughts on “FILM: Rocketman aiming high and hitting its target”