FILM: So can you think of a plural that rhymes with bankers?

There’s a lot to like about The Big Short – except the outcome. There’s a voice-over near the end by deal-maker Jared Vennett (Ryan Gosling) explaining the logical conclusion to what we’ve seen – that the loss of five trillion dollars, six million homes and eight million jobs has led to the banks being broken up. “Only kidding,” he says. Instead, a few businesses collapsed but just one small-time player got sent to jail. Plus ca change and all that.

Having opened with the end, I should mention the start. Margot Robbie, who was also in The Wolf of Wall Street, is in a bath, drinking champagne. She warns us: “Whenever you think sub-prime, think shit.” Her role is a mere cameo but she’s part of a stellar cast. Michael Burry, marvellously portrayed by Christian Bale (who’s nominated for best supporting actor at the Oscars), is the Asperger’s-afflicted genius who precipitates the mayhem. He suspects something is rotten in the state of banking. He studies a bunch of mortgage documents – the suggestion is that he’s the only person who has – and realises there are so many toxic loans out there “it’s a time-bomb”. He devotes his fund to ‘shorting’ the market, which is easy to do because all the bankers he meets believe nothing is a safer security than a mortgage. The fact that people might not have the money to pay them seems of no concern. Nobody asks questions. “Truth is like poetry,” says one line, “and people fucking hate poetry.”

The film is based on Michael Lewis’ book of the same name and it’s directed by Adam McKay. For what is a dry and complex subject, he mostly gets matters driving along. (He’s Oscar-nominated for best director; the movie for best film.) There are loan sharks who’ve got a stripper to take out mortgages on five homes – “They’re not confessing. They’re bragging,” says one of the astonished dealers – and a lively alligator in an abandoned swimming pool. The singer Selena Gomez helps to explain “synthetic CDOs”: totally unviable products with one purpose; to generate bonuses for their creators. It’s humorously and simply explained. It’s utterly shocking anyone could get away with it. 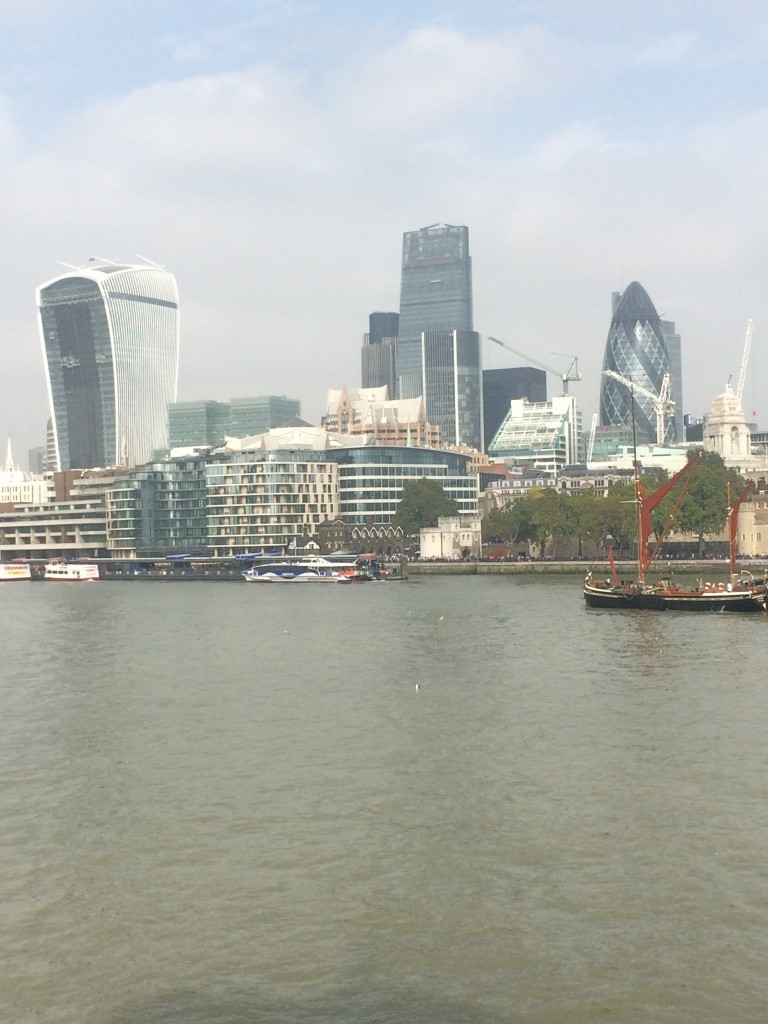 A skyline shot of the City of London: or Mammon by another name? The film The Big Short is set in the United States but it’s a worldwide story; basically, the song remains the same

The film may be a bit preachy at times – one assumes the comedic touches and to-camera monologues, mostly delivered by Vannett/Gosling, are perhaps McKay’s attempt to dilute that impression – but more than any film I’ve seen it does make one question some of our capitalist mores. Bankers are depicted as being fundamentally immoral; they take our money and spend it on themselves. You don’t have to be Sherlock to think of them as Shylocks.

If there’s a flaw to this film, it’s that it’s not about the lives destroyed but of how a few essentially honest, albeit money-motivated, men made a mint by exploiting the venality of the system. But then perhaps only by relating the tale this way would anyone watch it to the end. The movie was co-produced by Brad Pitt, and it’s his character who tells a couple of protégés to calm the celebrations by pointing out the truth of what they’re doing: making a fortune from other people’s misery. “Just don’t fucking dance,” he lectures.

As Wall Street veteran Mark Baum (Steve Carell) laments when the government – i.e. the taxpayer – bails out the banks: “They weren’t being stupid. They were crooks.” There are many ‘experts’ who think a similar thing could happen again in the ‘real’ world, sometime soonish. If the regulators can’t sort this mess out, they may as well pack up and go home. Well, assuming the banks haven’t taken them.