FILM: The London Borough of Bridget

In what is the third film in the series, Bridget Jones’s Baby is the first not to be based on a Helen Fielding novel (other than embodying the entire concept of Bridget). This is an original storyline. As Bridget says at one point: “I can’t go back to making the same mistakes when I can make new ones.”

So is this film, again directed by Sharon Maguire, a mistake? Financially I’m sure it won’t be, and while there is nothing groundbreaking here – other than the absence of Hugh Grant, an omission which is given a hint of rectification towards the end: so Bridget Jones 4, then?) – you’d have to be incredibly hard-hearted, or have absolutely no sense of humour, not to laugh a few times along the way.

It had been 12 years since Renée Zellweger had last been cast as Ms Jones, in The Edge of Reason, and obviously the same period since Colin Firth had played Mark Darcy. In the absence of Grant, the role of ‘the other man’ is taken by Patrick Dempsey, playing an American, Jack Qwant, a self-made millionaire who owns a hugely successful internet dating site. Perfect for Bridget, one might think. Indeed, too perfect. She meets Jack at a music festival – Ed Sheeran has a cameo role – where she has been taken by her work colleague, Miranda (think a younger Davina McCall on speed), for the chief purpose of having sex. Not only does this happen, it happens again after Bridget meets Mark at a wedding a day or so later. And that’s the essential premise behind the title. She’s pregnant (at 43). But who’s the father? 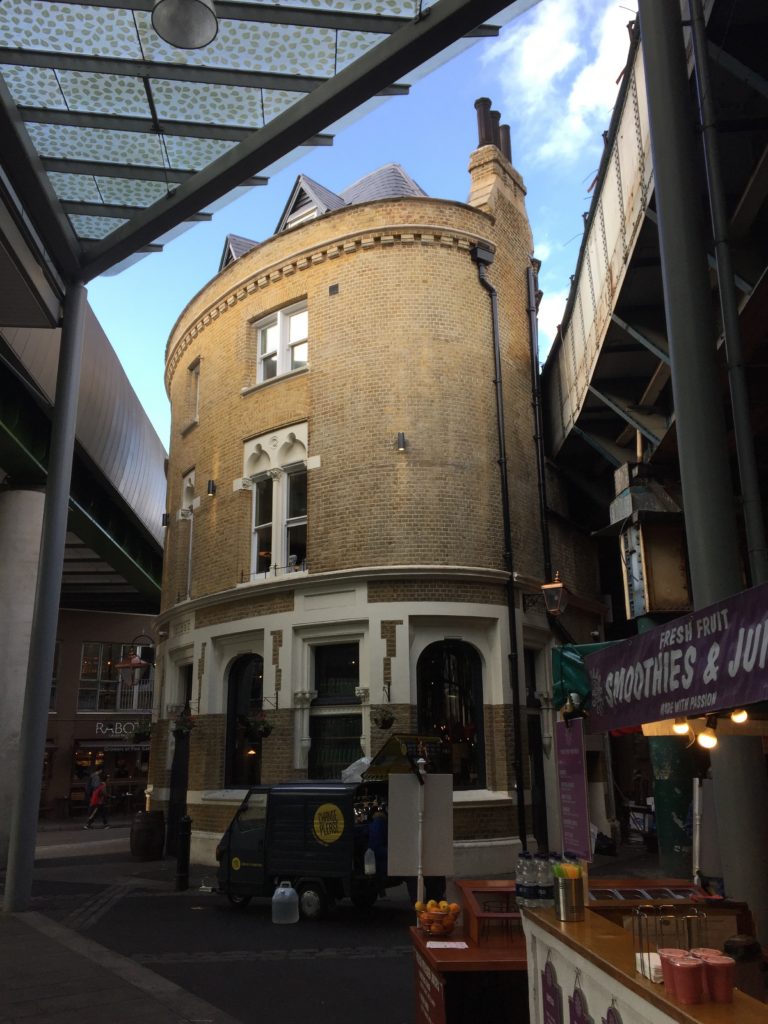 In the real world this could easily be resolved by her undergoing an amniocentesis. But this isn’t the real world, of course. In fact, Bridget was going to have that procedure until she saw the size of the implement wielded by her obstetrician, played magnificently by Emma Thompson, who gets most of the best lines. (This could be because she co-wrote the script.) When she advises both men – they don’t know yet whose baby it is – that it would be better for them not to witness the actual birth, she explains that her husband had described watching the arrival of their own child as being “like watching your favourite pub burn down”.

I won’t spoil the ending for you, although as a whodunnit it’s hardly in Agatha Christie territory. However, briefly entering the real world, the Evening Standard recently ran a story about the property that serves as Bridget’s one-bedroom flat, above the Globe Tavern in Bedale Street, Borough, London SE1 (close to London Bridge station). Apparently it would have been worth around £190,000 when Bridget Jones’s Diary came out in 2001; borderline affordable for a mid-rank newspaper journalist. Today it’s worth about £650,000, even though (as you can see) it’s sandwiched between two railway bridges. Would a TV producer of foreign news bulletins be able to run to that? Maybe, maybe not, but it might provide inspiration for the next movie, bearing in mind these uncertain times for the property market as well as for everything else. So for the fourth one, perhaps prepare for Bridget Jones’s Brexit!

49 thoughts on “FILM: The London Borough of Bridget”