As with many industries, the film business has been hit brutally hard in 2020. What began as a year celebrating the success of Parasite, a South Korean film, in winning the best picture award at the Oscars has since March been pretty much permanently dogged by the repercussions of  the arrival of a very different quasi-parasite, most likely from a different oriental country. This year, which is almost over, is sure to prove to have been the lowest-ever in terms of UK cinema admissions. Records began to be kept in 1928 and the previous worst year was 1984, when the figure was 53.8 million. This year will probably not make it to 45 million.

One of the late-season projected blockbusters was Wonder Woman 1984, featuring Gal Gadot in the lead role. (See photo on the home page.) Its UK release date was December 16. That happened to be precisely the day that London, which obviously has more cinemas than anywhere else in the country, was put into Tier 3. Looking ahead, Hollywood studios will continue to move ahead with their new strategy of contemporaneous digital releases. Warner Bros announced at the beginning of this month that for the year ahead it will stream all 17 films it is set to put out on its HBO Max service for the first month of the film being released on the big screen in the normal way. Industry insiders suggest that will hurt any prospects of a box-office revival. 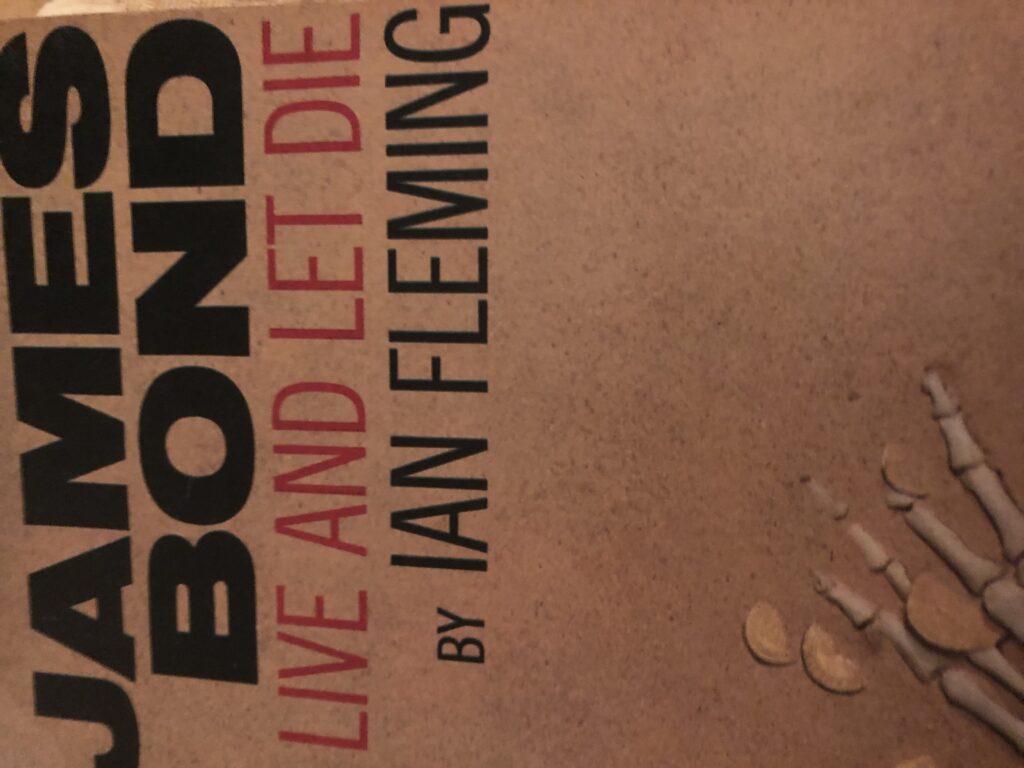 Published in 1954, the second Bond book had a title with a different twist to the one of the upcoming film

David Hancock of research firm Omdia in the United States was quoted thus in The Guardian. “Warner Bros says it is a one-year plan, that it isn’t out to kill theatres [cinemas], so I wouldn’t say it is the death of the movie theatre. But it isn’t helpful. There are enough films to keep people in cinemas, the movie experience is strong enough and powerful enough, but if the plan went beyond a year it would change the economics for theatre owners.”

At least, at last, in 2021 we will  get the new James Bond film, No Time to Die – already twice postponed from being released in 2020 because of Covid-19. It is scheduled for release over the Easter weekend, at the very beginning of April, and given we have reason to hope that millions of people will have been vaccinated against coronavirus by then, the chances are surely good that Daniel Craig & Co will make it third time lucky.

The film I am perhaps looking forward to the most this coming spring is Last Night in Soho, due out on April 23. It’s about a young girl who is mad-keen about fashion who finds that, miraculously, she can go back in the time to the 1960s and there meet her idol. Then the dream starts to turn into a nightmare. Among the cast – although not in that role! – is Diana Rigg, who passed away last September at the age of 82. I think I can confidently suggest that in the future none of us will look back and wish we could return to 2020.