Things can only get better…or perhaps not?

I admit that coronavirus has come into play here. This film is from a DVD, a story about the late 1960s shot in the mid-1980s. Withnail and I (the cover is on the home page) begins in London’s Camden Town, to where the story returns and ends after the two main characters have taken a short, weather-bedevilled trip to the Lake District to stay in a cottage owned by Withnail’s well-off Uncle Monty (Richard Griffiths). The duo are down-at-heel actors, Withnail (Richard E. Grant) and I (Paul McGann, whose character’s name, Marwood, is never uttered). Withnail in particular imbibes industrial quantities of booze – after a session in a pub, he tells the owner of  an unlicensed tea shop “we want the finest wines available to humanity, we want them here and we want them now”, to which Marwood adds: “We are not drunks, we are multi-millionaires” – and their little excursion to the country goes rather awry when Uncle Monty arrives and makes plain his immense but unreciprocated physical attraction for Marwood.

It has been described as “Britain’s biggest cult film”, of which you can of course make what you will. It is hard to pin down. It has elements of both tragedy and farce. It is shot through with humour, often quite bleak humour. It is in part about the futility of ambition; but also about the tantalising hope that ambition might be satisfied, even if it is more likely that disappointment will be the outcome. It’s about the end of a decade, culturally perhaps the most symbolic decade of the past 100 years. It’s about the end of friendship. 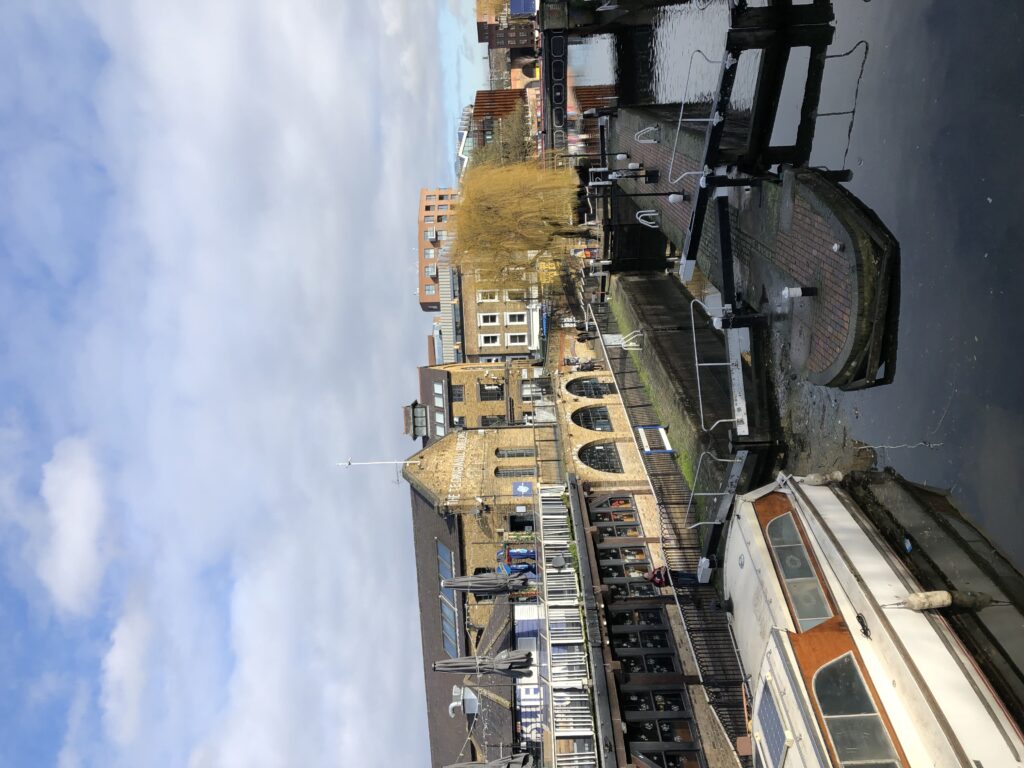 Withnail and I was set at the end of the ’60s; I suspect this view of Camden Town has hardly changed

On their return London, Withnail having been done for drinking and driving on the M1, they go back to their flat to find it has been occupied by a drug-dealing friend, Danny, and a pal of his. They also find that they have been served with an eviction notice. On the plus side, Marwood has been offered a role in a play. In Manchester. The film ends with a scene in Regent’s Park, Withnail reciting Hamlet to a few wolves in the zoo. The rain is pouring down again.

By way of further justification for writing about a DVD rather than newly released film, I call upon a story in the papers at the beginning of this month. This year’s Gothenburg Film Festival will only have one judge, a Swedish nurse selected from 1200 applicants. Lisa Enroth will spend a week alone on a remote island, from where she will review the films. The festival’s chief executive said: “It feels particularly right to be able to give this unique experience to one of the many heroes of the healthcare system who are all working so hard against Covid-19.” Enroth agreed: “In healthcare I seem to have spent ages listening and consoling. I feel like I’m drained of energy. The wind, the sea, the possibility of being part of a totally different kind of reality for a week – all this is really attractive.” At one point in the film under review, Withnail says: “We’ve gone on holiday by mistake.” Lisa sounds like emphatically she has made a good choice.