FINANCE: A Ferrari that represents a high point of motoring for money

On a hot day earlier this month, I espied the car below on a street in central London. The temperature was appropriate, because this particular vehicle has been named the “hottest car ever”. In 2004, Sports Car International magazine awarded it the accolade of being the top sports car of all time. The car in question is the Ferrari 250 GTO. I hereby draw your attention to the number plate – both numbers and all four letters. As cherished plates go, I think you would agree it’s quite a belter. It clearly belongs on the marque to which it’s attached; its price doubtless absolutely astronomical. We’ll get to the money to do with the motor in a moment.

This particular model was produced by Ferrari between 1962 and 1964. Only 36 were manufactured (I’ll admit the obvious here; pretty much all this information comes from Wikipedia – although I took the photo myself!), later supplemented by the production of three modified versions, called the GTO ’64. Having just 39 cars in all raised something of a problem when it came to racing them since the regulations of the Federation Internationale de l’Automobile (FIA) demanded that there had to be at least 100 cars in existence for a team to be eligible for Grand Touring Car competition. 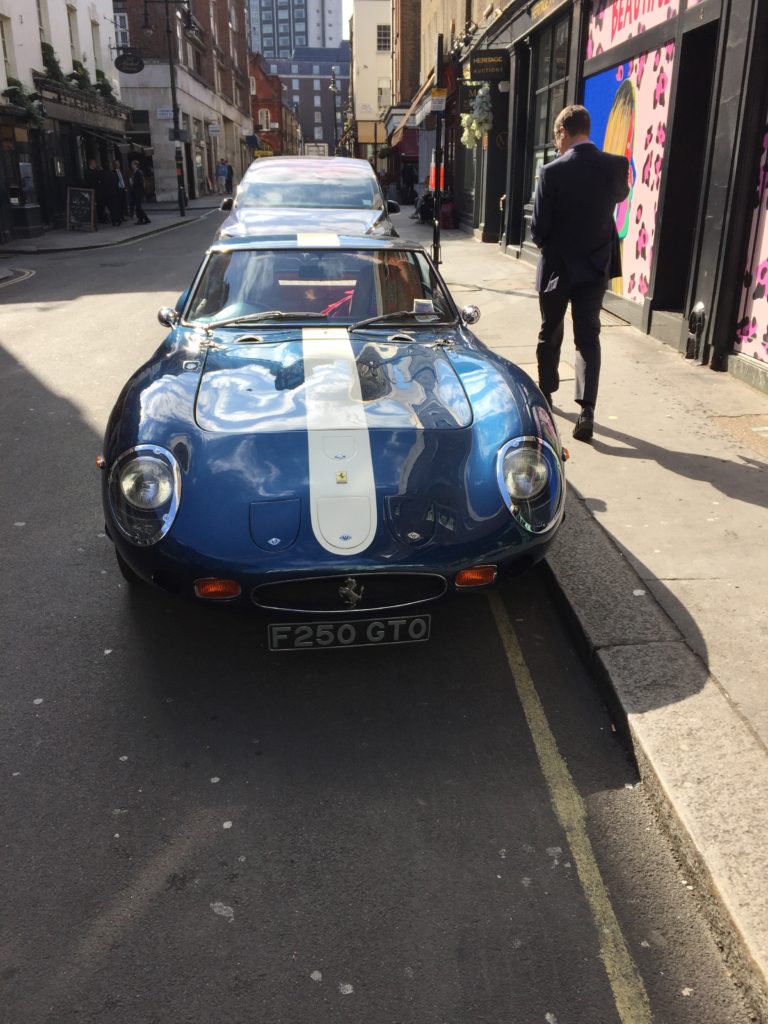 What did Enzo Ferrari do to combat this? He proved himself to be forerunner of the current President of the United States. He adopted a strategy that would now be seen as straight out of the Donald Trump playbook. Thus Trump will boast of one of his properties having 68 storeys when in fact it only has 58 – there is nothing between the 20th floor, where the business level ends, and the 30th, where the residential premises take over. Thus Ferrari listed the car chassis out of sequence, jumping numbers so that eventually it seemed they had indeed produced a hundred.

As for the financial element of the tale, this model is quite some collectible. In 2000, a gentleman called Greg Whitten shelled out $7 million for one of these beauties. Last year, Sotheby’s sold his car at auction in Monterey, California, for $48,405,000. Yep, nearly $50 million. And apparently that is not the high-water mark. In May 2018, one of them went for $70 million. As for ‘mine’, there’s evidently one thing wrong with it. It’s a Ferrari! It’s supposed to be red!!

361 thoughts on “FINANCE: A Ferrari that represents a high point of motoring for money”