FINANCE: A sweet and sour budget as George O prepares for the BoJo showdown

There was no other way to look at it: the Chancellor of the Exchequer, George Osborne, chose to sweeten the budget yesterday with news of a ‘sugar tax’ on fizzy drinks. It won’t be introduced until 2018, so when he told the House of Commons that “I’m not prepared to look back at my time here in this parliament, doing this job, and say to my children’s generation that we knew there was a problem with sugary drinks; we knew they caused disease but we ducked difficult decisions and we did nothing”, there was procrastination as well as determination in play. Still, Jamie Oliver was pleased, calling it “a tax for good”, so that’s nice.

Less pleasant news was provided by Robert Chote, director of the Office for Budget Responsibility, who declared the economy was so much weaker than Osborne had been anticipating that a £56 billion “black hole” had been exposed in the public finances. So that was a bit of a bitter pill for George to swallow. In the coming days we can expect to discover the effect this all has on the value of the pound against the dollar, euro, rand, tiddlywinks, etc. 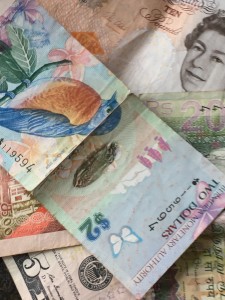 The annual budget is about money in any currency

Osborne has now delivered eight budgets, six autumn statements and two comprehensive spending reviews. (Not sure about any partridges in pear trees.) Obviously, the annual budget is an important matter but this time it felt rather like a sideshow, not only as regards the upcoming EU referendum – as one of the Conservative politicians who wants to stay in, Osborne would have been keen not to give encouragement to the outers – but also the future leadership of the Tory party, with David Cameron having said he’ll be off before the 2020 General Election.

Osborne and Cameron seem to have a good relationship – unlike their predecessors. In Tom Bower’s recently published biography of Tony Blair, Broken Vows, the author refers to Blair’s appearance on the David Frost show in 2000 when, without having told the then chancellor, Gordon Brown, what he was going to do, the Prime Minister announced a 5% annual increase in NHS spending for the next five years. Incandescent with rage, Brown told aides: “He’s stolen my fucking budget.”

Brown, of course, eventually succeeded Blair in No. 10, although having got what he wanted he spent pretty much the entire time seemingly having figured it was a bad idea. But at least he did become PM. Osborne may not. Matthew d’Ancona, writing in The Guardian, recalled Brown’s 2008 Labour Party conference speech, when he said the prevailing dire economic circumstances meant that “this is no time for a novice” to lead the country. It was a sharp line – it could sound like he meant Cameron when his real target was David Miliband, who had Labour leadership aspirations of his own. With his speech yesterday, Osborne was in part trying to say “this is no time for a Boris”, with the blond bombshell now firmly encamped on the Brexit side for the referendum (BoJo has become BoGo!) and transparently eager to make sure that it’s he, rather than Osborne, who succeeds Cameron as Tory leader.

It remains to be seen what the fiscal impact of this Budget will be. Likewise the political impact for its author.