You couldn’t make it up, although you would think that someone had. A couple of weeks ago The Times ran a big piece about Ruja Ignatova, a Bulgarian/German citizen who in 2016 had a UK launch for a business called OneCoin at a major event at Wembley Arena. OneCoin was going to be the new big thing in bitcoin, which (her words) “empowers millions of people by providing borderless, low-cost financial transactions and connecting them to the financial world”. I have to admit that by this point I feel lost, but that’s OK; I’ve merely lost track of what she was rambling on about. Other individuals were not so fortunate; they lost a combined £3.5 billion (yes, billion) by investing in her company.

She has apparently not been seen since October 2017, although whether she’s sleeping with the fishes or sailing in a mega yacht above them is not clear. Her brother, Konstantin, has pleaded guilty to charges including money-laundering (note the photo on the home page!) and fraud and is helping the authorities try to unravel this vast mess. He has admitted that the whole sham was “a Ponzi scheme” (an American term for what is also called a pyramid scheme; earlier investors recoup their money from subsequent ones but in the end several people are each left holding an empty pail), so not so much a brand new concept but an excruciating reworking of an old one. 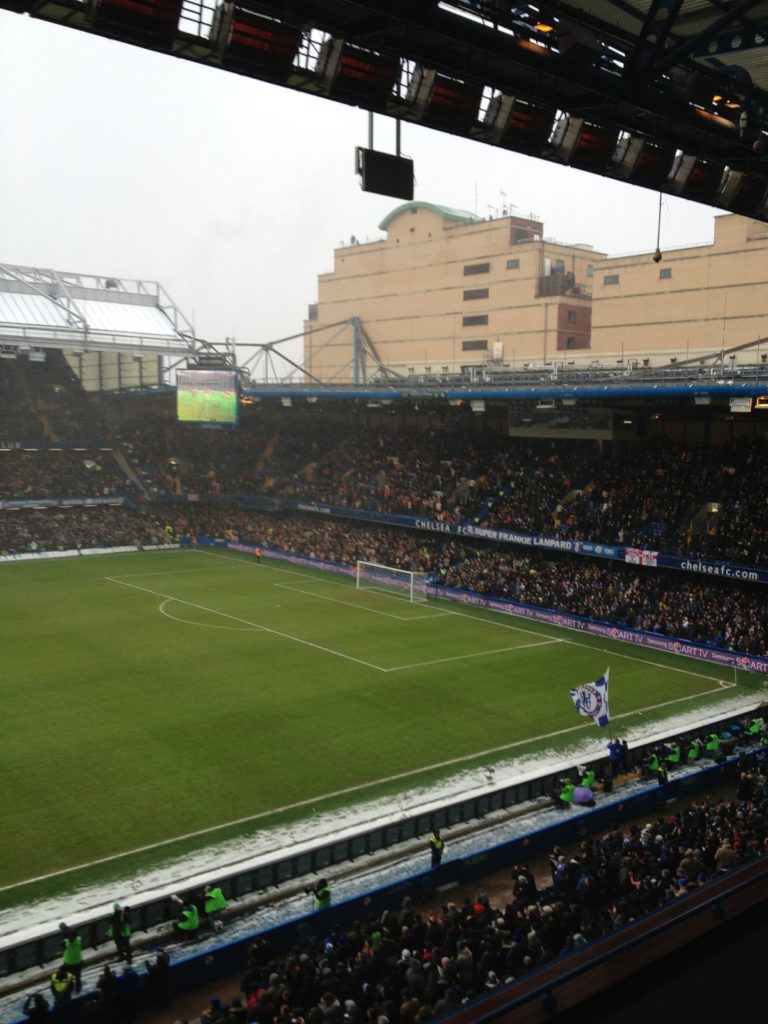 The view from a corporate box at Chelsea, which at least in one instance was considered worth £126,000

Talking about money laundering, an anti-corruption campaign group called Transparency International UK recently published  a report which said that over £300 billion (yes, billion) has been illegally funnelled through UK banks, law firms and accountants. These monies have often come from government officials embezzling state money and syphoning it off into personal accounts of their own. Since he’s dead it’s safe to say that’s what Robert Mugabe probably did with state aid offered to Zimbabwe; it didn’t go to help the poor people of his country but into his Swiss bank account. Sometimes the proceeds are used to buy a physical asset (diamond rings, artworks, in one instance an executive box from which to watch Chelsea FC play matches at Stamford Bridge), on other occasions they may go to a university or such establishment. In one case, (a mere) £300,000 reportedly went to Charterhouse School in Surrey as part of a plan by the magnificently named Troika Laundromat scheme to shift over £3 billion (yes, billion) out of Russia.

Finally, if Konstantin – who insists he had no idea what his sister was really up to – gets to the other end of all this with his freedom intact and his body in one piece, he might like to reflect that in that regard he might be rather fortunate. Allen Stanford (remember him: the Texan who was going to save English cricket with his millions?) was convicted of operating a Ponzi scheme in 2012. He got a 110-year prison sentence. He is aged 69. You do the maths.