FINANCE: EUreka!…but the soft or the hard way?

As our prime minister, Mr Micawber….oops, sorry, Mrs May, is well-known for thinking, something will turn up. Surely it will? Won’t it? As the UK faces very soon having to make some of the most important decisions that have had to be taken since World War II, the overriding collective demeanour of her cabinet seems to be indecision. The soft Brexiteers want a gentle landing for the sake of the economy, the hard guys would ideally like to have as little to do with the European Union forever, and Theresa May is muddle in the middle, trying to keep everyone happy by making sure they’re all equally angry.

Who knows where it will all end? An ICM poll for The Guardian late last month found that 58% of voters would like there to be a second referendum; a much bigger margin that the 52% who voted for Brexit in June 2016. Then again, one of the lessons we surely learned from the referendum, and May did again at the General Election, is that you just can’t trust the polls these days. (And perhaps not the Poles either: Poland is the largest net recipient of EU funding and yet its nationalist government is seriously looking at pursuing a policy of Poxit, or whatever it might be called. They must be bonkers.) 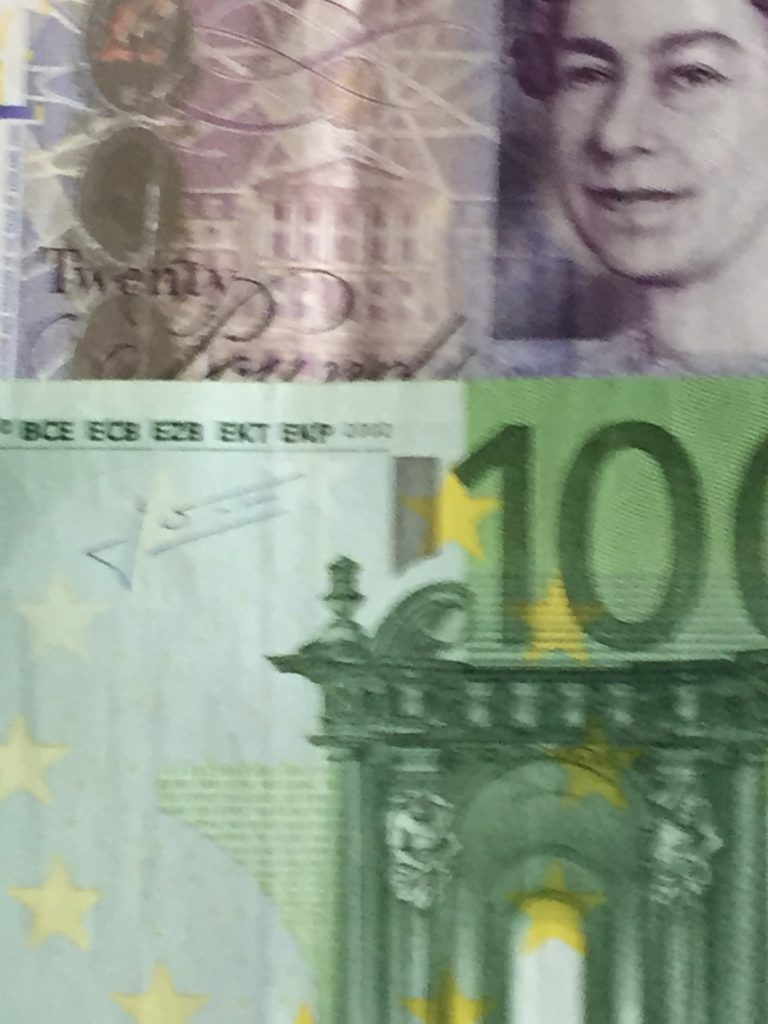 Whether we go soft or hard we’ll be keeping sterling rather than going for the euro…well, I presume so!

Perhaps the idea of a re-run is not entirely fanciful, though. Last month Nigel Farage, the former Ukip leader before he became Donald Trump’s chief cheerleader, said: “The [Remainers] will go on whingeing and whining and moaning all the way through the Brexit process. So maybe, just maybe, I’m reaching the point of thinking we should have a second referendum on EU membership…I think if we had a second referendum we would kill it off for a generation.” A generation, Nigel! I thought it was supposed to be forever. Or is the truth that Nige is a single-issue fanatic, and since his single issue was decided by a first referendum over 18 months ago, he wants to do it all over again because otherwise he has nothing to do?

In the end, this will surely be about money. Or at least it could/should be. Almost the polar opposite to…er, Poland, the UK is the third biggest contributor to the EU budget. The other countries don’t want us to leave because the whole show will be more expensive for them when we do. So why not say that we want to stay in the customs union (maybe the single market as well?) and we’ll pay for that privilege but we want to be free to negotiate other trade deals around the world. That way, everyone can be happy. But this is about politics and posturing and nothing is ever as simple as it should be. Nor as predictable.

Returning to a subject I wrote about nearly three years ago, The Times noted recently that “Russian tycoons have acquired free travel in the EU by buying Maltese passports for hundreds of thousands of pounds.” Personally, I find the idea of Russian gangsters having the right to enter the UK without restriction to be way more alarming that the prospect of Polish builders doing likewise. It’s one of the best reasons I can think of for us being out of the EU. But I’m not sure that view would gain the agreement of Christopher Chandler, founder of the Legatum Institute, a heavily pro-Brexit organisation. He’s bought a Maltese passport for himself, so while being a British citizen if and when this all comes to pass, he’ll also be a Maltese/EU one. Or, put another way, freedom of movement will carry on existing for people like him. It just won’t be free. It’ll come at a price.

56 thoughts on “FINANCE: EUreka!…but the soft or the hard way?”