FINANCE: Hammond gets it from Murdoch organ and from May

On Wednesday afternoon, the Chancellor of the Exchequer, Philip Hammond, unveiled his 2017 budget – in fact, the first of two he’ll announce this year. By Thursday evening the major thrust of it had been discarded. He hadn’t so much played to the gallery as played into the hands of Conservative backbenchers, several of whom have doubtless never forgiven him, and never will, for backing the Remain campaign in the EU Referendum.

The big brouhaha was to do with national insurance contributions (NIC); specifically increasing the amount charged to the self-employed. Hammond probably knew he was in deep trouble when he saw the headline on the front page of The Sun: ‘Spite Van Man’. The man often derided as ‘Spreadsheet Phil’ for being greyer than John Major had just become ‘Spreadshit Phil’ in the eyes of Rupert Murdoch’s go-to attack dog. The man who on Wednesday was perhaps quite pleased with himself for lines like “The last Labour government…and they don’t call it the last Labour government for nothing…” was finding that by Thursday the laugh was on him. 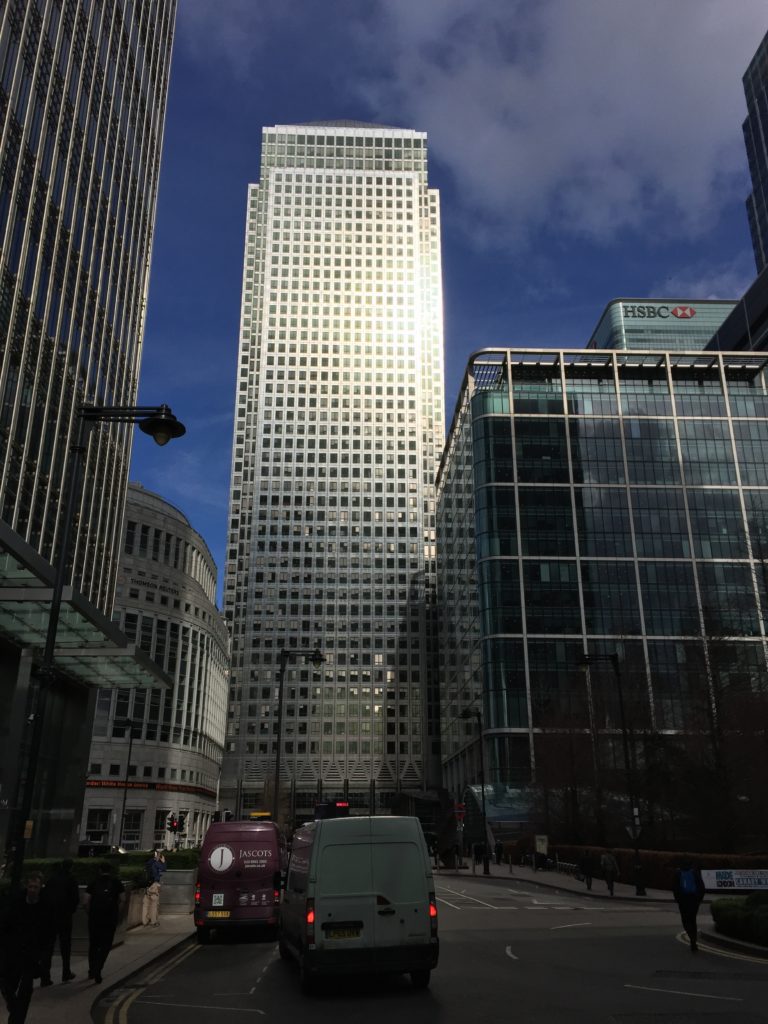 A White Van Man in front of one of London’s major financial edifices, the main tower at Canary Wharf

That Hammond was attempting to go down this route in order to help resolve the funding problems in social care would have caused considerable ire for many in the Tory party in any case, but this was massively exacerbated by the fact that the Conservative manifesto before the last election promised there would be no increases in income tax, VAT or NICs for the entire period of this parliament – i.e. until 2020. Yet there it was in black and white. We, the public, were being confronted with something that had surely never occurred before: politicians going back on their word. OK, so the government has had a change of prime minister and chancellor since 2015, but still this was reminiscent of the furore surrounding George Osborne’s marvellously and unforgettably named ‘Omnishambles’ budget of 2012.

Theresa May was sufficiently distracted by the fall-out to sort out her chancellor while she was away at an EU summit. (She was probably glad of the distraction; preferable to the cold shoulders she invariably gets in Brussels these days.) “It won’t be part of the finance bill,” she said. “It’s what happens with national insurance changes. They will be brought forward in the autumn.” Oh, so it’ll be in the next budget, then? That’s politics for you, I guess. A problem delayed is a problem denied.

Finally, away from the main headlines, there was this story. Hammond had been under pressure ahead of the budget – when nobody was anticipating the NIC increase – to do something to diminish the consequences on small businesses of the impending rise in rates. And he did. In respect of pubs, he declared that those with a rateable value of less than £100,000 would receive a one-off £1,000 discount on their bills for this year. He said this would account for 90% of pubs in Britain. Perhaps, but according to the Evening Standard, that would be of no help to nearly 1,000 pubs in the capital. There’d be no ‘beer bonus’ for them. Which likely leaves a lot of London landlords looking for glasses to cry into.

67 thoughts on “FINANCE: Hammond gets it from Murdoch organ and from May”