FINANCE: High-end housing…the most pricey private property on the planet

Villa Les Cèdres is a substantial Mediterranean home. A near 190-year-old mansion in the South of France, it is worth north of £300 million. In English its name means ‘The Cedars’, which rather sounds like the address of a victim in Midsomer Murders. But this isn’t the West Midlands. This is St-Jean-Cap-Ferrat on the Côte d’Azur, also the location of another famous – or should that be infamous? – address: Villa Nellcote, where in summer 1971 the Rolling Stones chaotically recorded arguably their greatest-ever album, Exile on Main Street. (The book of that name by Robert Greenfield is well worth reading.)

Villa Les Cèdres is reputedly the most expensive house in the world. Cap Ferrat lies just west of Monaco, just outside Villefranche, not five miles east of Nice; it’s a geographically alluring spot. You’ll be wanting some stats, of course, in case you’re thinking of putting in a bid. The property measures 18,000 square feet. It has 14 bedrooms. It is situated in 35 acres of grounds, within which there are olive trees over 300 hundred years old. The wood-panelled library in the house apparently stocks over 3,000 books, although I have always thought that sort of statement to be somewhat unhelpful. I mean, if that meant it could hold 3,000 copies of the first Harry Potter book, it could only take 1500 of the seventh. But I think we can figure it’s very big. 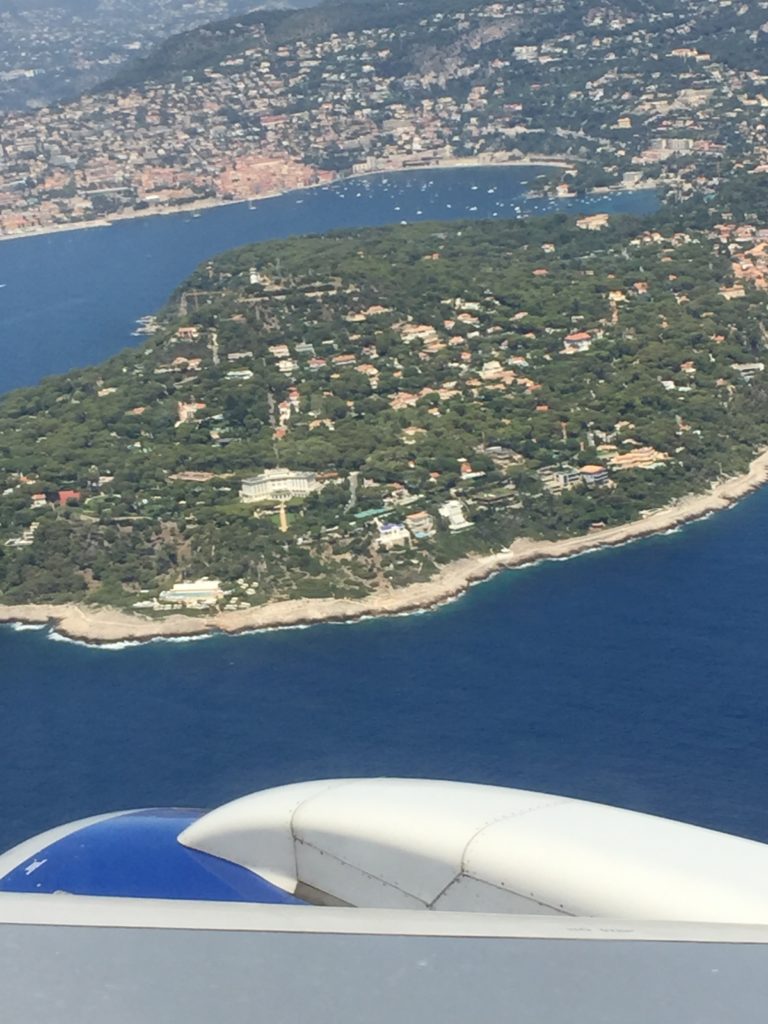 St-Jean-Cap-Ferrat has many fabulous properties but Villa Les Cèdres, in the foreground, is the foremost

The present owner, the Italian distillery company Davide Campari Milano SpA, is likely not looking to dispose of it via a humdrum sale through the kind of estate agents’ (immobilisers in France) window as shown on the home page. (Mention of campari reminds me of that wonderful ad for the drink from bygone days, with an elfin-looking Lorraine Chase sat with a glass overlooking the Grand Canal in Venice and responding to the smooth proposition of an Italian man -“Were you truly wafted here from paradise?” – by replying in the broadest cockney accent conceivable with “Nah, from Luton Airport.”) I think this would be a bit more of an upmarket sale than that. Although estate agents have been appointed, there is a steering committee of five people to oversee the sale. Appropriate in a way, given that it’s concerning a property with an impressively long drive.

In addition to the cedar trees which give the house its name there are several species of exotic plants. Fitting, given that it’s a property with a highly exotic price tag.

49 thoughts on “FINANCE: High-end housing…the most pricey private property on the planet”