In an article in the recent issue of Luxx magazine, an offshoot of The Times which is aimed at people with substantially money than me, Janice Turner looked into the subject of private planes. As you get some indication of from the photo on the home page, there is quite a lot to look into. She recounts the tale from those far-off days when Taylor Swift and Tom Hiddleston were an item and, on a whim while with her parents in Nashville, they decided it would be nice for her to meet his mother – who was in Suffolk. A call to her pilot, and one flight to Stansted later, the rendezvous had been sorted.

Turner wrote: “There are only two luxuries that I envy the super-rich: spontaneity and time. And a private jet gives you both.” It also allows you to take a shower during the flight, albeit you could do that by flying first-class on Emirates Airlines, which would still be seriously expensive but definitely cheaper than shelling out for your own wings and wheels. If you’re only a millionaire, ‘fractional ownership’ (you pay for a set number of miles in the air per year) might be way into this, such as offered by NetJets and which is popular with top golfers and tennis players. JetCard does something similar, enabling you to book spare capacity on someone else’s plane. It’s like a taxi in the sky, although here you can avoid hearing about the driver’s politics. 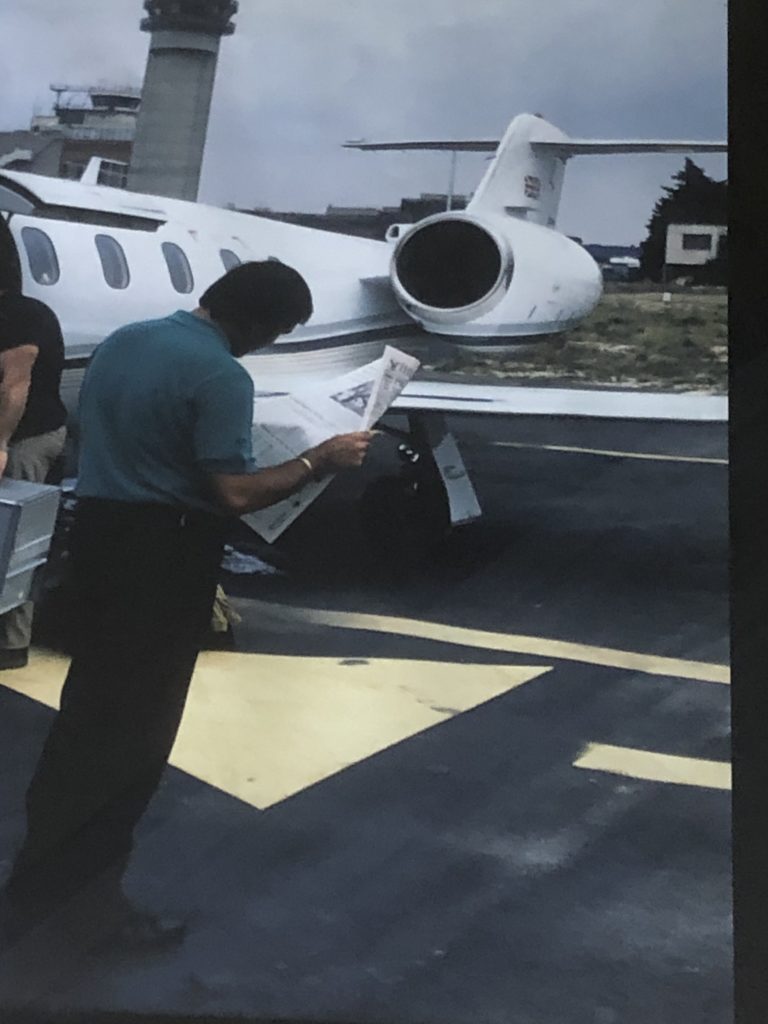 The one private flight I took…with the late Seve Ballesteros, in a Lear Jet from Marseilles to London

A different piece in the press last month reported that about 8,000 private planes are likely to be bought in the next decade, either by huge companies or by hugely rich individuals. Shares in Bombardier, Cessna and Gulfstream may begin to fly as high as their products. One analyst described the lust to acquire the latest models as being “like the iPhone but for jets”. Bill Gates, the founder of Microsoft, has described his private plane as his “guilty pleasure”. How much guilt he actually feels is not known but in 2017 he flew over 200,000 miles, thereby emitting about 1,600 tonnes of carbon dioxide. The global average is less than five tonnes per person.

If Labour wins the General Election next month, it will consider banning private aircraft which use fossil fuels. Apparently, a few years down the road – a clumsy line in the circumstances, I know – it will be possible for private jets to be powered by electricity (their smaller size would make that easier to do than it would be for commercial airliners). In the meantime, a typical private flight in Europe will emit ten times as much greenhouse gas as an economy flight on a scheduled service. Last year there were 128,000 private flights between the UK and mainland Europe, amounting to 6% of the total traffic, not all of these being by Harry and Meghan. What would really (and rightly) get Greta Thunberg’s goat would be the fact that 40% of these are carrying no passengers; they are being moved around in preparation for their owners’ next journey.

That’s an issue for the near future. Climate change is a matter for now. As France’s President Macron memorably put it: “There is no Planet B.”