FLYING: Fit to fly – not affected by any BA delay

We got a lucky break flying with British Airways out of Heathrow on Saturday. The flight went on time. By that I don’t just mean that when it said it would take off at 8 am that it actually did take off at 8 in the morning. I mean that it went at all.

BA had said that what it terms ‘mixed fleet’ cabin crew would be taking industrial action between July 1-16, causing an unspecified number of flights in and out of Britain’s biggest airport to be cancelled. Certainly Terminal 5 (pictured on the home page) seemed abnormally busy at 6 0’clock, but the tedium caused by the queue delays was totally assuaged by the realisation that our flight was listed on the departures board and surely we were therefore all set to fly.

As indeed we were. At such times, of course, one has to be aware that there is more to it than just oneself. Those BA cabin staff very likely are not paid as well as they reasonably feel they deserve to be, even though one’s basic selfish thought is along the lines of ‘yes, but don’t let ours be one of the flights to be cancelled’. One of the reasons it wasn’t, it transpires, was tangentially due to the increasingly ominous problems in Middle East politics. The blockade of Qatar by Saudi Arabia, Egypt and some other countries of the region on the grounds that the land-locked host of the 2022 World Cup has been assisting international terrorism meant that Qatar Airways has lately had a lot less use for its planes than it had anticipated and it could therefore lend nine of them to BA, which could then use them to ameliorate the effects of the strike. 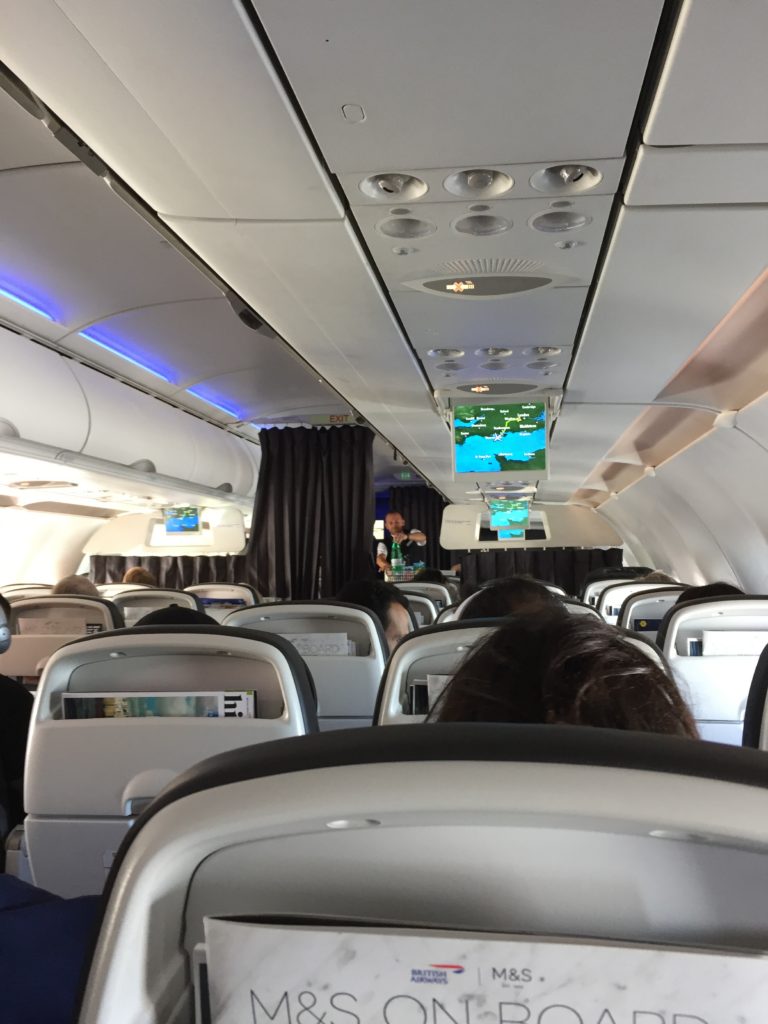 At least we got airborne…on board BA heading to Portugal, although many may not be so lucky this week

Qatar Airways holds a 20% stake in BA’s parent company (as well as Qatar owning the Shard, Harrods and Lord knows what else that’s notionally British) and is a partner with BA in the Oneworld aviation alliance, so the synergy was already in place. BA said the usual platitudes about doing its best to operate a full service. Speaking on behalf of the affected employees, the Unite union pointed out how poor their pay was (sometimes a basic of only £16,000 per year) and added that the leasing of the planes from Qatar Airways was “in breach of EU regulations”.

Sadly, in my opinion, that latter scenario won’t be a claim anyone British will be able to make in a couple of years time.