I mentioned in a previous ‘flying’ blog about the time I left my seat to go and get a good view of the Matterhorn, the most spectacular peak in the Alps even if you’re viewing it from above. I have similarly enjoyed the sight of Mount Ventoux in France, which – like the Matterhorn – I have never seen from ground level. The same goes for the image shown here.

This was, obviously, taken from that six-mile high club which we all join when we fly intercontinental, in this case crossing over the vast expanse of the Sahara Desert. The Nile is arguably the longest river in the world, although some studies suggest that the Amazon is longer still. (I think it’s marvellous that a matter one would have expected to be a fact is instead a known unknown.) The Nile mightily meanders its way through 11 countries, although it is perhaps mostly associated with Egypt, for which it is, as with Sudan, the main source of water supply. Indeed, not only have I never seen the Nile while on foot – standing up in an aeroplane doesn’t count – I haven’t been to Egypt or Sudan either. Like the Matterhorn and Ventoux, they join a fairly long list of places I haven’t been. Having said that, at least when I say I have been somewhere, then I have. I know people who say they have visited places on the basis that they’ve had a clear view from 30,000 feet: for example, after flying above Venice on a flight from Dubrovnik. I have been to both of those cities! 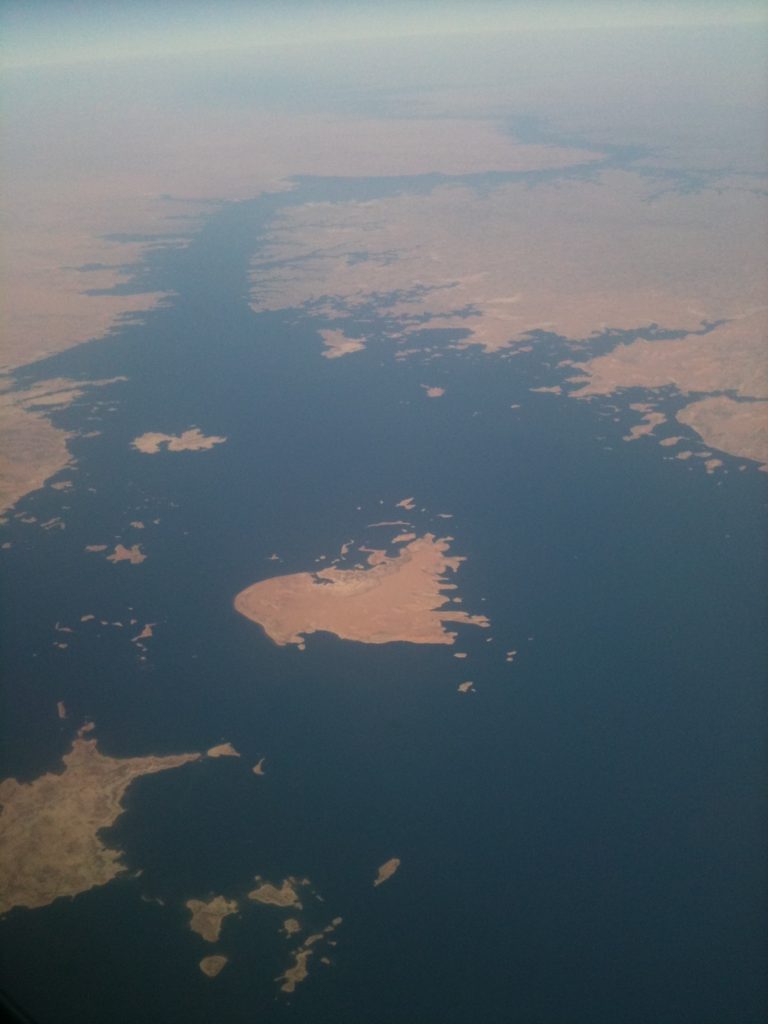 From on high: the mighty River Nile eating its way into the even mightier Sahara Desert in North Africa

But there is something amazing, almost surreal, about being able to survey the myriad wonders of the earth from so far above it; from higher up than Everest, without the bitter cold or discomfort. As for the photo on the home page, that is of Antigua. It’s not such a high view because the plane was coming into land. And so, yes, I have been there as well!

In terms of enjoying such aerial views in comfort, this apparently won’t be quite so nice from next year if, like me, you have a British Airways loyalty card. Last month the Daily Mail reported that with effect from 2018, BA is going to reduce the gap between seats on its short-haul flights from 30 inches to 29. That doesn’t sound a huge difference but it will mean it’s one inch less than you get on Ryanair and a whole three inches less than with Air France, although catching the Eurostar to Paris in order to take a flight offering more leg room doesn’t really make sense. Hmmm. Next they’ll be taking away our free sandwiches. Hang on! They already did that in January. I mean, I’m happy to hear that the BA boss, Alex Cruz, insists: “I don’t engage with running this airline into the ground” (BTW, he definitely needs a better press officer), but these cutbacks really are taking the biscuit. And the nuts…

50 thoughts on “FLYING: Getting the high-flying bird’s eye view”