FLYING: Going nuts (or not!) in the air

A few weeks ago I was on a flight to somewhere and, quite unusually for me, I had my headphones on, listening to music, while the plane was being boarded – i .e. well before you get to the bit where the cabin crew tell you to pay attention to the pre-flight instruction routine. When it was time to do that I took off the headphones and my wife mentioned that in the meantime there had been a general announcement that because someone on the plane suffered from a highly serious nut allergy, no nuts would be served on the flight…they were sorry for any inconvenience this caused…trusted that we all understood why this measure had to be taken…etc.

Well, yes, but it could easily have been too late. I might have brought my own nuts on board and, even as I was listening to whatever it was on my phone, I could have scoffed a whole bag of cashews before being aware of the peanut prohibition. Who knows what might have happened then? If the situation was potentially that dangerous then surely we ought to have been told at the gate before we got on to the plane – “Hand over your nuts,” or some such command. 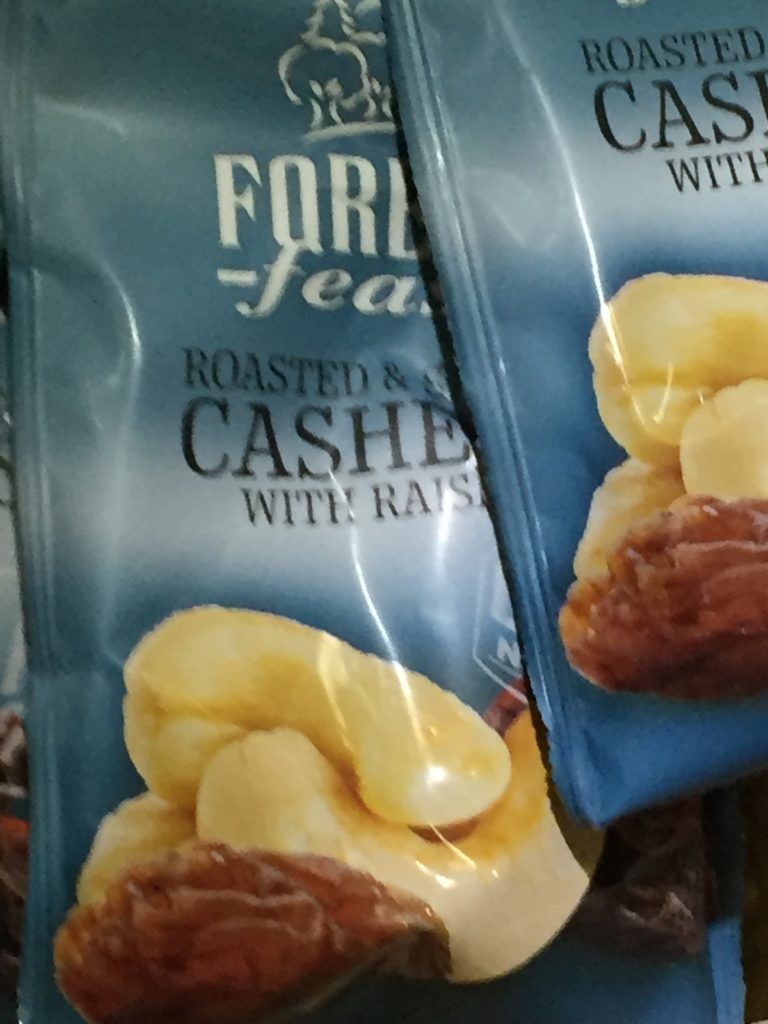 Looking good enough to eat…well, except when the cabin crew tell you that they are now out-of-bounds!

That’s it, really. Not so much a rant, more a public-service enquiry. BTW, the bowl of mixed nuts shown on the home page were not shot on a plane but at a cinema, although the bags shown above were part of the BA in-flight food offering.  Very nice they all were, too, although quite clearly also capable of being quite lethal. One man’s nut is another man’s poison and all that, I guess. Anyhow, we all got to our destination safely – and, no, we were not bound for Brazil.