FLYING: No drama with a slight delay to Palma

Last weekend we flew to Mallorca for a holiday with our two sons and their girlfriends. Separate flights, mind you, which had one very selfish advantage. Since there were only the two of us on ours, thanks to my wife’s British Airways silver card, I could join her in the BA Lounge at Heathrow’s Terminal 5. (The rule is only one guest per card.) Soon this became even more of a plus when it emerged after about half-an-hour that what was supposed to be a 12.50 flight had become rearranged for 14.26. Well, that’s what the departures board said. Given that this was a matter of timing gone wrong, that specific one minute past 14.25 seemed suspiciously optimistic.

Terminal 5 (see photo on the home page) is quite an intriguing experience; at least it is if you’re into shopping. It seems to have more shops than Oxford Street. Being able to use the lounge was obviously a bonus, away from the retail mayhem, albeit one that was somewhat marred due to the timing of our arrival in it. We were in that limbo land between breakfast and lunch and I find that you never miss a bacon sandwich so much as when you have narrowly been denied one. Anyhow, there was little left to do but hope our delayed in-bound flight from Barcelona would not get any later, sit and read the papers and wait for the lunch options to arrive. Which they duly did, coincidentally timed perfectly to enable me to watch the first half, and therefore all the goals, in the Man United/Man City game. 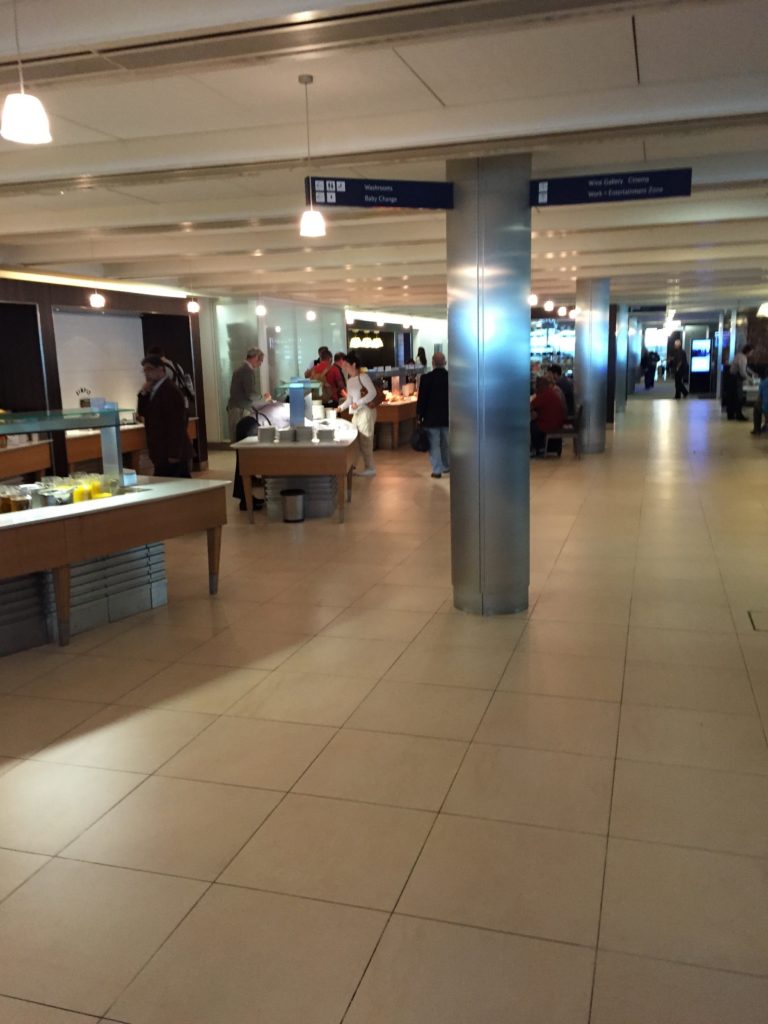 One’s meal awaits in the BA lounge – but will it be breakfast or will it be lunch? That is the question…

Eventually, our flight was called. At the boarding gate we were given apologies for the late arrival of our plane from Madrid (Madrid, Barcelona? – take your pick; we weren’t really bothered about that bit). Aboard the flight at last, the co-pilot explained that we’d be taking off in 15 minutes and the flying time to Mallorca would be one hour 50 minutes, so we’d be landing at Palma Airport at 6 o’clock. But if his maths was right, that would mean we’d be in at 5.30! Fortunately for us, his maths was right, his estimation was wrong, and we did get in at 5.30. Before that, though, we had just been hoping that whatever he’d be doing in the cockpit wouldn’t involve him requiring too much mathematical expertise!

Two days into the holiday, as I guessed it might, came a BA email, asking me to complete a survey: ‘Taking into account your whole journey from London Heathrow to Palma, overall how satisfied were you with your experience of British Airways on this journey?’ I’m still mulling over my response to that one. Still, sat by a swimming pool, the annoyance over the delay seems very far away.

91 thoughts on “FLYING: No drama with a slight delay to Palma”