Earlier this week I had breakfast at Heathrow’s Terminal 5 before flying off for a luncheon in Munchen. (Munich to you and me.) And early was very much an operative word. We took off on schedule shortly before 7 am, which meant that if I had been so minded I could have left home to catch that flight at about the same time as Donald Trump was working on his final insult to Hillary Clinton. However, as you can see from the home page, we were by no means the first flight out that morning. There were a lot of early birds.

I should point out that I am not in the habit of going abroad just to have the odd meal. There was business involved as well, although in my case, luggage-wise, this only involved a rucksack. Not so for many other people. The early Monday flight probably contributed to the number of people who had had crammed all their clothes etc into one case and who were determined they were not going to put it in the hold. The plethora of small suitcases on board inevitably led to there not being enough room to accommodate them all – well, at least not until the cabin crew had stowed a load of them at the back and then, just before take-off, trundled them through to club-class where there was more overhead space in which to store them. What a palaver! 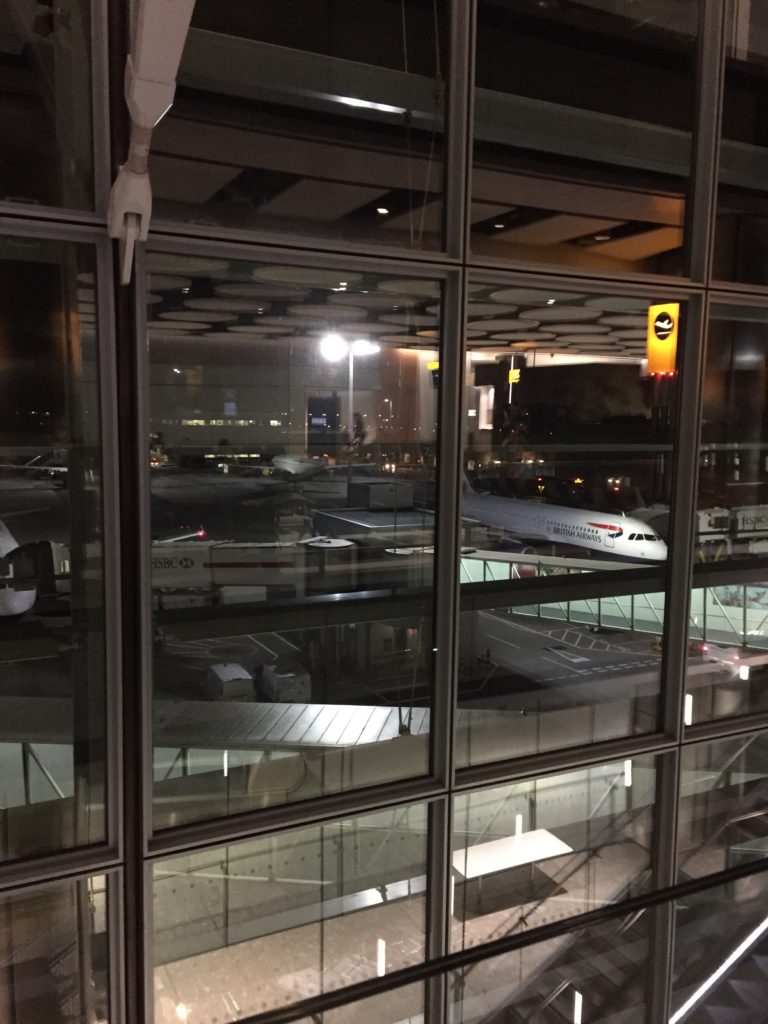 Eventually we took off. About 30 minutes before landing, there was a cabin announcement. “Because of the poor visibility at Munich Airport, we will be making a fully automatic landing.” In other words, the pilot was taking himself out of the equation, leaving it to the technology. I was reminded of a flight I was on in December 1984, from Johannesburg into Heathrow with the South African carrier, SAA. Quite reasonably, when the captain made an announcement about an hour before landing – the flight was through the night, so this would have been about 6 in the morning UK time – he did so first in Afrikaans. The only words I recognised were Manchester and Prestwick, and neither could be good news in that context. He went on to tell us in English that the fog at Heathrow was so bad that we might have to divert to one of those other places but he would be making one effort to land at Heathrow. I tell you, when he got it down on the tarmac, the cheers were very loud.

This flight to Munich, unlike back then, involved a landing during daylight, but I only caught sight of the runway less than two seconds before we hit it. Forget The Great British Bake Off and soggy bottoms. This was one foggy bottom. (Not a total shock, really: the airport is built on what was formerly a swamp.) The temperature when we disembarked was four degrees, by the way; hardly rare in Germany on an October morning. As we trooped off the plane and on to a bus to take us to the terminal, I noticed that one of the passengers was wearing only jeans, a T-shirt and flip-flops. But then there’s always one, isn’t there?