No longer up in the air

The present narrative regarding air travel is a moving one, unlike most of the industry itself, which is largely at a standstill having seen most of its aircraft grounded by the coronavirus pandemic. “It’s bigger than the airspace closure after 9/11 and the Icelandic volcano groundings,” declared one consultant in the field, sensibly avoiding the necessity to try to pronounce Eyjafjallajokull, the volcano in question. “Airlines have seen nothing this bad before.” There are some flights, but many of those latterly have caused perplexion or consternation, such as why have three or four Alitalia flights from Rome been continuing to arrive at Heathrow when no country is in deeper trouble from the virus than Italy and that the UK, notably London, seems likely to be headed down the same awful and tragic route?

The airline industry has insisted that it requires government bail-outs but the early signs are that they won’t get them, maybe because of fears that such largesse would be used to finance dividends for owners rather than to maintain services or protect jobs. Rishi Sunak, the chancellor of the exchequer, last week told airlines that would not happen until they had “exhausted other options”. For example, ask nicely for their shareholders, investors and/or bankers to come up with the dosh rather than effectively make taxpayers their first port of call. 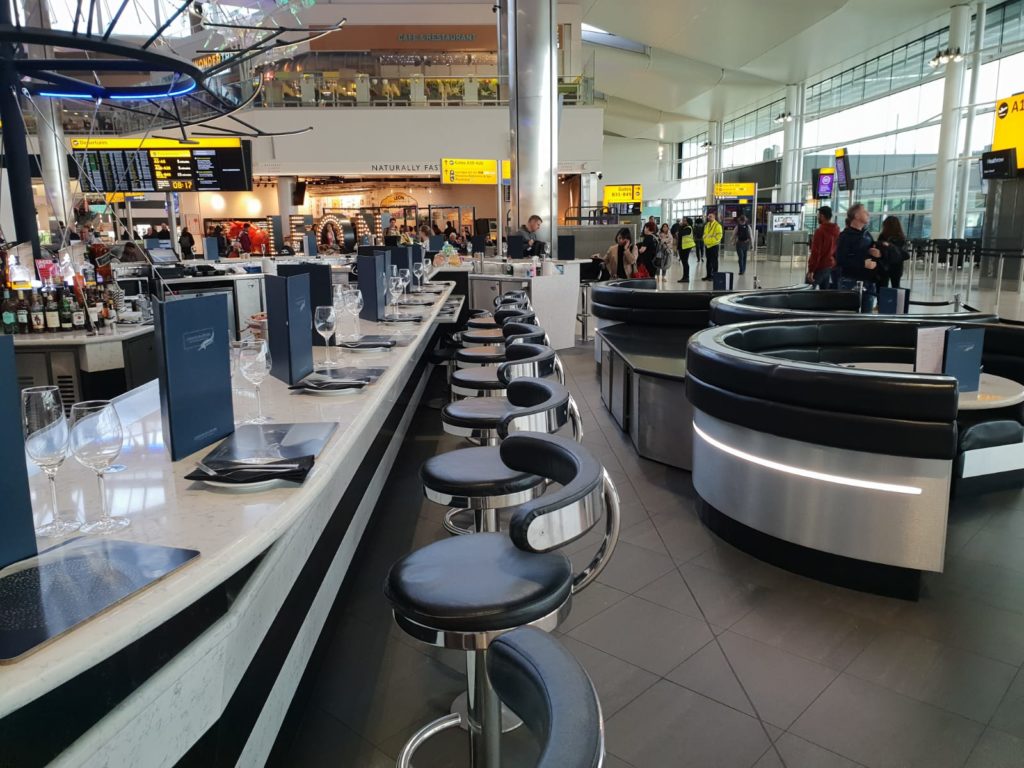 Odd times: this was three weeks ago at Heathrow…an unusually quiet morning ‘rush-hour’ at Terminal 2!

But I’m not so much thinking here about the finances of the world’s major carriers. I’m thinking of the people they have been carrying. The last but one issue of Private Eye joked thus about the effect of the virtual wipe-out of air travel: “Emissions targets previously thought to have been impossible to achieve before 2050 to defeat climate change have turned out to be achievable by next Wednesday just after lunchtime.” The horrors of 9/11 temporarily put a stop to people’s wish to fly places. Will the coronavirus have a longer-term consequence? With technological communication now so much easier and more efficient than it ever has been, why fly across the world for a meeting that could be perfectly well conducted via Skype, FaceTime and the like? After this is over, many more of us will have had, say, two or three months working from home, and we and and our employers may have discovered that it works out better for both sides like that. Sure, people will still want to go on foreign holidays, but I suspect that for much of the rest of 2020 a more important thought will be to make sure that circumstances mean you can’t be locked out of your home country because of a recurring pandemic shutting off your means of getting home. The staycation will be back.

And, in a world increasingly concerned about climate change, there is the fact that flying hurts our environment. In a recent column in The Times, Janice Turner noted that the Germans have a word for ‘flight guilt’: flugscham. We don’t, at least not yet, but maybe we soon will. Perhaps the only certain thing about the post-coronavirus world (I am trusting that the world’s scientists will eventually help us find a way to that) is that there can be no certainties. We’re all flying in the dark. But in the short term at least, I think we will be flying much less.