A satisfying and civilised meal in Mayfair

Going out for a meal these days isn’t quite the same enjoyable experience it used to be. The coronavirus has had a similar impact on dining out as terrorism has had on flying. In the latter case, it’s all about removing your laptop and liquids before placing your luggage on the conveyer belt, maybe kicking off your shoes as well, and basically what used to be a minor chore has turned into a (comparatively but necessarily) major inconvenience. Covid-19 means that whereas before you waited a few seconds to be shown to your table, that now has to be preceded by a temperature test, a wash of hand sanitiser and a scan of some sort on your mobile phone. Hey, but maybe there will be a vaccine one day… 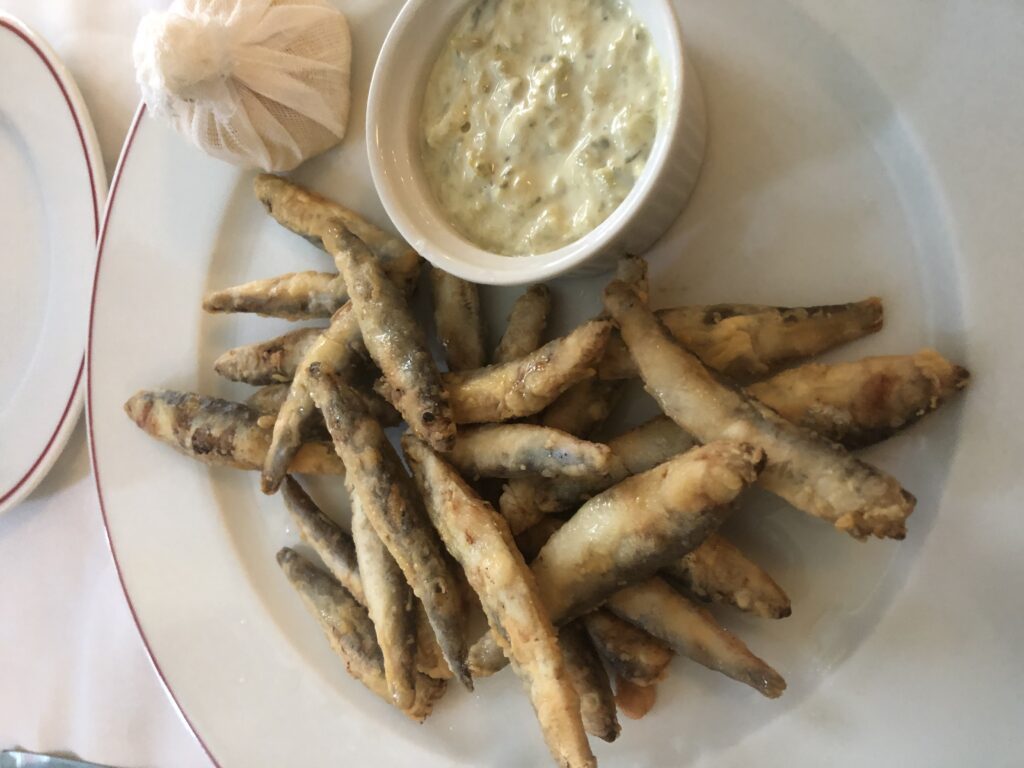 The eyes have it! OK, they really don’t, but whitebait with a tartare sauce makes for a very tasty starter

The last time I did all this, which was last week, I was having lunch at a restaurant called Bellamy’s. In the Tatler, I am told, Bellamy’s was described as the most “civilised” restaurant in London. It’s an apt word. The photo of the dining room on the home page may give you a sense of why. It’s address is 18, Bruton Place, London W1. It’s in the heart Mayfair. The Monopoly players among you will know what that means. A recent review in The Times noted that the oysters the author and his companion consumed were accompanied by “a fermented grape juice that is called Chassagne-Montrachet”. It’s 130 quid a bottle. But then no one is forcing you to drink that particular burgundy. And, in fact, the prices overall were not too steep. 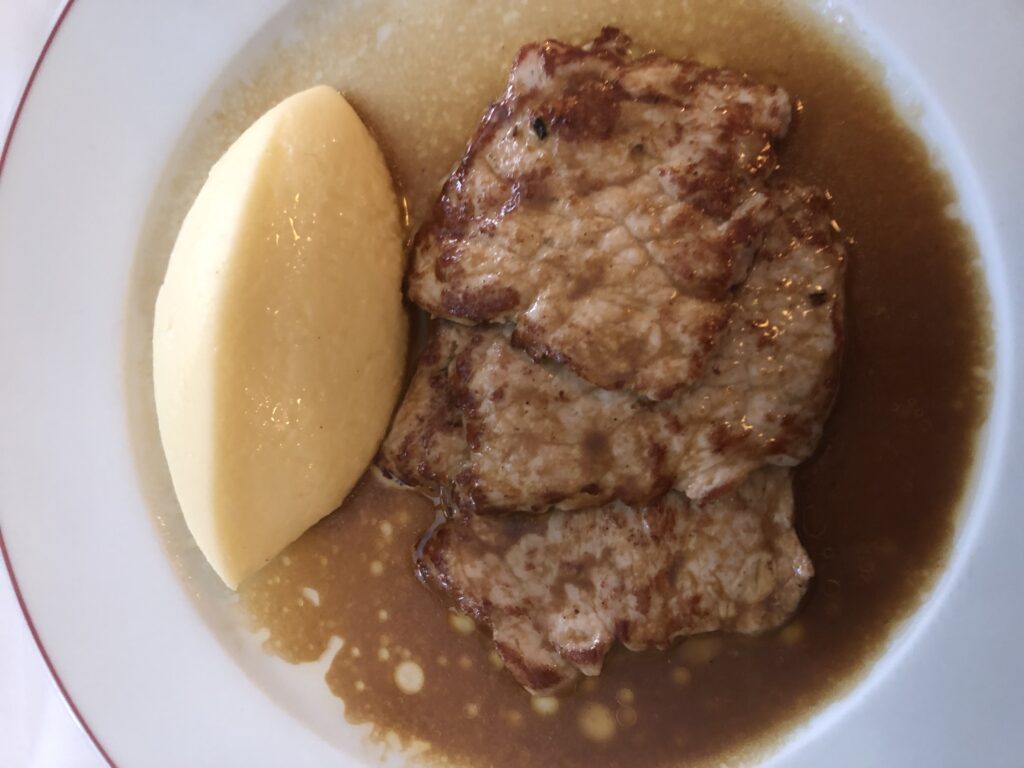 We were, of course, appropriately socially distanced from our fellow-diners (as the home-page picture would also indicate). It was the food we were keen to get close to, beginning with the whitebait, which were cooked to perfection: soft and yielding but not too soft and yielding. The best whitebait needs to put up a bit of resistance. 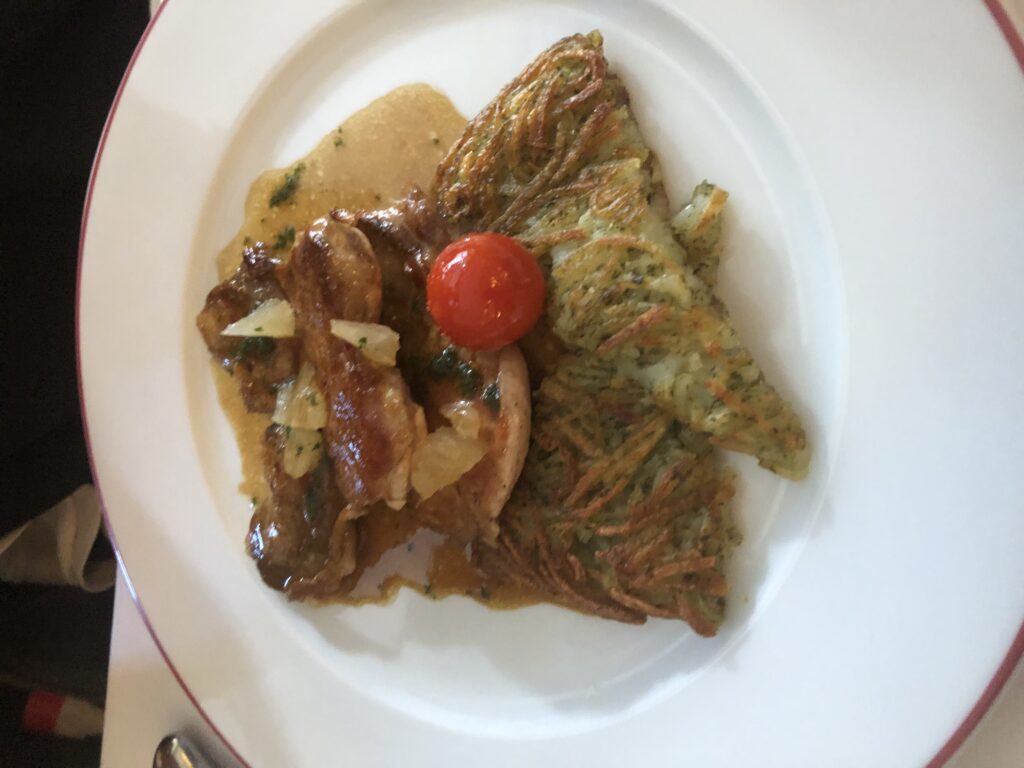 The thing about quail is that while it tastes gorgeous it can be very fiddly to eat: solution – have it boned!

I am aware that veal is a rather controversial dish, for obvious reasons. I seldom have it. But on this occasion I couldn’t help myself  (not least because, despite the social distancing, I could tell that the guy at a nearby table had evidently ordered it and the aroma of the truffle oil was outrageously good) and it was indeed delicious. I realise this is about as far from vegan as one can get – perhaps along with steak tartare, which was also on the menu but which I managed to resist – and I confess to having sinned. 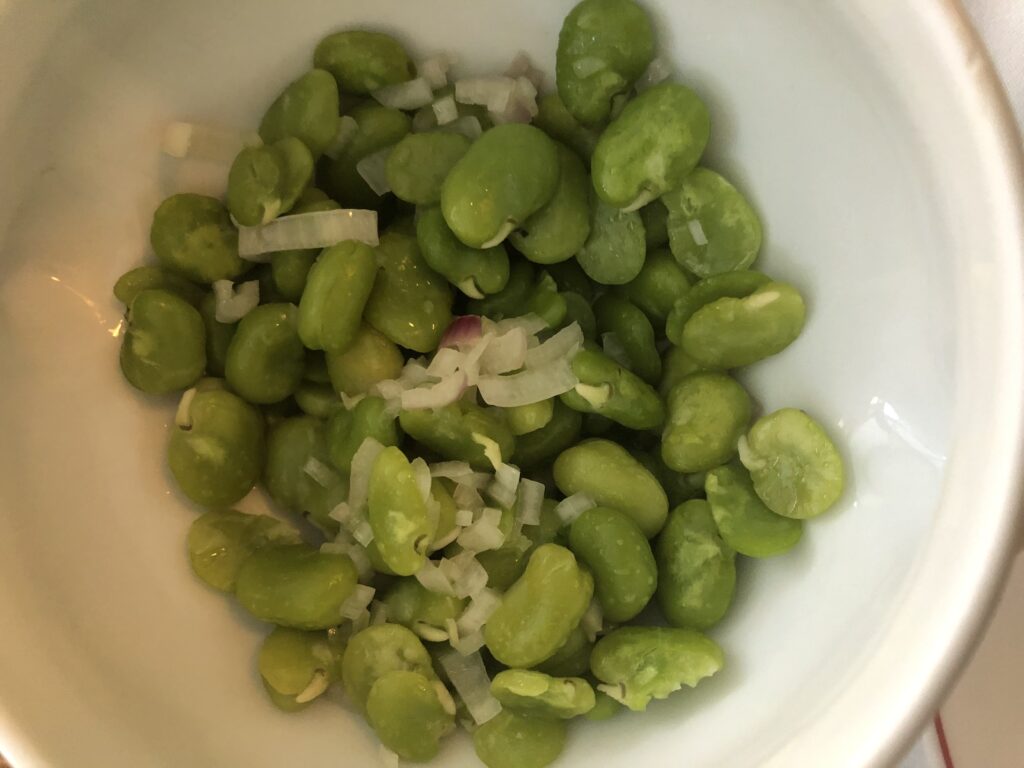 A side order of broad beans seemed an excellent idea, an even better one when they turned up with onion

My companion also opted for a meat main course, although this one was previously of the flying variety. The quail was duly pronounced quite outstanding. Satisfyingly replete, we skipped dessert; the fish, meat and bird had been quite sufficient. Next time, I guess I’d better choose the omelette aux girolles?